30,000 Liters of Prosecco Spills out After Winery Tank Explosion

A winery in Italy shared footage of a tank of Prosecco overflowing much to the dismay of its 1 million viewers.

People living close to Treviso in Italy might have been tempted to grab a cup and run after an Italian winery in the region shared a video on their Facebook page of a huge tank of Prosecco exploding. An unexplained explosion at the factory caused a 30,000-liter tank of wine to overflow onto the ground.

The sparkling wine can be seen rushing over the side of the tank and pooling at the bottom. The winery in Conegliano posted the video on Facebook, where it was shared by wine lovers everywhere.

To date, the compelling footage has had more than 1 million views. Wasting food is never pleasant, but wasting a good drink is even worse. Commentators on the video have offered to volunteer their services in the cleanup if it meant they could bring along a few empty jugs.

Prosecco takes its name from the Italian village of Prosecco near Trieste, where the grape and wine originated. 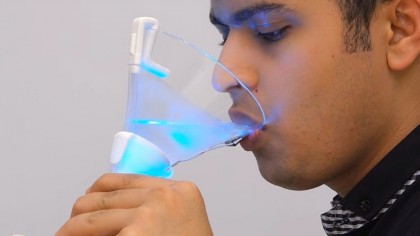 Prosecco is protected by Controlled Destination of Origin or DOC, a ruling that protects food names being used for produce from other areas. There are nine provinces in Italy allowed under the DOC ruling to produce Prosecco.

Prosecco is the main ingredient in many Italian cocktails including the Bellini and the spritz.

Luckily the overspill of the wine isn’t expected to hurt overall production in the area. The Prosecco DOC region in Italy is predicted to produce 493.3m bottles of wine this season, up from 440m bottles last year.

2017’s harvest was affected by poor weather. Prosecco consumption has fallen in the UK, once one of its biggest markets. Brexit is being partly blamed for the decline as well as an increase in the production of UK sparkling wines.

The Italian winery isn’t the first alcohol manufacturer to suffer a big loss of product. In 2015, a huge storm and a lightning strike hit a Jim Beam warehouse in Kentucky resulting in a huge flame filled explosion.

Wind and rain battered the warehouse and when lightning struck the alcohol soaked air, a fire erupted. The fire caused more than 800,000 gallons of alcohol to spill into a retention pool which also caught fire destroying a large section of the factory.

How to Power Carve a Shark out of Walnut

Iran's Largest Warship Sinks After Fire in the Gulf of Oman