Take a break from your rigorous work with this list of the best tweets to make you laugh and think in equal measure.

Twitter is a constant source of entertainment and frustration in the modern world. But however much you may hate getting dragged into political arguments or jumping on the latest outrage-train, the social media platform does still do a lot to bring people together. 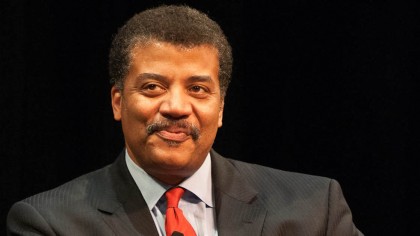 Filled with everything from conspiracy theorists to celebrity dogs, whoever you are and whatever your opinion may be, you are bound to find some like-minded users on Twitter. One of the most prominent user groups on the site are the elusive and mysterious unicorns known as "funny nerds".

As such there is a wealth of fantastic science jokes and geek references to be found within the apps infinite depths... But ask yourself this: Which ones are the best?

Well, wonder no more because after an exhaustive search of the entire twitter-verse, we can definitively say that these are - in no particular order - the funniest tweets about science, EVER. So lab coats and goggles on kids, let's get to it!

1. Astronauts and their egos...

I mean, he does have a point, Janet.

Never trust an atom. They make up everything. #science #jokes

They're shifty too! Like, come on just pick one electron: particle or wave?!?

3. Oh no, Stephen! You and your paradoxes.

It’s only been a few hours and Stephen Hawking already mathematically proved, to My face, that I don’t exist.

Seriously though, this is a gangser move, and I totally believe Dr. Hawking would do it. We miss you beloved all-around genius!

In life, pure coincidences are statistically common, so a remarkable day is one where no coincidences occur at all.

Oh, Neil! Is it possible to roll your eyes and have your mind get blown at the same time?

Clever woman. She realised you can't fall without gravity.

Technically she would always be falling, but the joke is still good.

That is not how stars are born.

I expected this kind of trickery from Barbara Streisand, but not from you Gaga. Not you.

"I recently built a robot."

"For the company, mostly."

"Good. You're doing quite well."

Not to start a controversy or anything but Planck's Constant is an absolute unit.

"No way, bro. Planck's Constant is like, way small tho. Does it even lift?"

9. Why does Venus get all the coolest weather?

*flying around a ball of nuclear fire on a rock traveling at 67,000 miles per hour.*

There's not even anything on the magic instant picture box!

Scientist: knowing that flamingos turn pink because they eat shrimp, we fed one nothing but Gatorade for 6 months

Reporter: so what happened?

It did, however, run a four-minute-mile just before its heart exploded.

11. Not all algorithms are created equal.

If algorithms were waiters:

Amazon: “I’ll get that burger started for you, and here’s 10 more burgers to consider.”

Google+: "Guys? Guys? Seriously where is everybody, we have really good food, I swear!"

ME, THINKING I KNOW PHYSICS: I'll just look at a couple papers to clear up this little question so I can fill in this number and get back to writing...
ME, 2 HOURS LATER: oh my god I know nothing, my whole life is a lie

Next, you'll be trying to tell me Australopithecus and Neanderthals interbred. Ha!

14. The untold depths of caffein addiction.

Damn it, Coffee! You're supposed to fix everything! Now what am I supposed to believe in?

“Shooting stars aren’t stars, they’re meteors,” he says. “You can still make a wish though.”

“I wish to see a real star shoot across the sky,” she replies.

“Dear god,” he squeaks as she smiles at their doom. Tears fall from his now-blind eyes. Skin melted to his ‘05 Prius.

Some men just want to watch all of the known worlds burn.

16. Entropy always gives me the munchies.

It's ice cream and cold pizza again I guess.

zookeeper: Gorillas are so intelligent that they can even learn sign language

[i smirk and flip one off]

Gorilla: *signing* you and your kind have disgraced the planet and should pay for your transgressions

[i frown and then flip him off with both fingers]

These gorillas and their liberal agenda!

Archeologist:[looking down at two male Australopithecus Afarensis skeletons in a passionate embrace]

Archeologist: Two men in a close embrace, no Homo

Something, something, Homo Erectus.

GOD: you get four stomachs

COW: nice, how many are for treats?

GOD: you only eat grass

COW: *sees dog eating grass* is that a cow?

GOD: no that’s a dog trying to make himself vomit because he ate too many treats

GOD: not until we fatten you up

To satisfy the "science" qualification of this tweet, I must now inform you that animals with these types of digestive systems are called "ruminants." Boom. Science.

has science gone too far? pic.twitter.com/09oZT01E5C

My milkshake brings all the boys to the yard, and they're like, "Is this your dog?" "Yes, she is. Her name is milkshake, and she's a very good girl."

*NASA Headquarters*
Reporter- Why did you name the Mars rover Curiosity?
Scientist- The prototype killed a shit ton of cats. Next question.

Sometimes, if you want to build a Martian rover, you gotta kill a few cats. Whatchu gonna do?

I spent the most time drawing an endoplasmic reticulum because the guidelines said use of original diagrams I hate cell biology thanks pic.twitter.com/NIywTNNuMp

At least it's more fun than drawing punnet squares.

Spiders have it all figured out. They make hammocks using their butts and the hammocks bring food to them. Genius.

My one true dream in life is that one day they'll make a Spider-man reboot with anatomically correct spider mutations...

Business school did not teach me how to

But damn do I sure as hell know...

THE MITOCHONDRIA IS THE POWERHOUSE OF THE CELL ?

Now if only my knowledge of respiration could be monetized...

25. The makers of our own obsolescence

'Now that robots move their limbs smoothly and with grace, I wonder how we’re supposed to imitate them on the dance floor.' - Neil deGrasse Tyson

When robots start dabbing, that's when we're really in trouble.

This looks like one of those problems we all say we'll "come back to at the end".

me at work: wow i cant wait 2 go home n take a shower and make some food and wash my clothes n learn advanced biology and apply for NASA and make a breakthrough in modern physics

me: *gets home and falls asleep at the front door*

I mean, I can always apply to NASA tomorrow...

I was going to tell a joke about sodium, but Na.

29. Anatomy is for heathens!

The perfect ratio of guacamole to Tostito is also known as "Avocado's Number."

To simulate the vial of cyanide we'll need to create another housing bubble.

32. The easiest way to stop the invasion

What I would send in a rocket? Another, smaller rocket with an even tinier rocket inside of it, and then... a glitter bomb so powerful that the aliens will be finding it in their crevices for decades to come.

beware diet advice that recommends "eating light," for that is most certainly the way you become a black hole

I hear eating light requires you to be pretty massive in the first place.

"You're so vain, you probably think there are billions and billions of songs about you."

Carl's sister had a very short-lived music career, at least in this reality.

35. Classic Elon with his sort-of-crimes.

Apparently, some customs agencies are saying they won’t allow shipment of anything called a “Flamethrower”. To solve this, we are renaming it “Not a Flamethrower”.

Look at it this way: a disgraced billionaire CEO turned super-villain is EXACTLY what 2019 needs to keep pace with the chaotic timeline we've been trapped in. So that should be fun!