Bremanger Quarry in Norway is one of the most environmentally sustainable rock quarries in the world. Absolutely no CO2 is generated from rock production, and they just set off one of the biggest quarry explosions in Norway to date. Currently, the quarry has over 1 billion tons of high-quality rock on reserve, which is mainly used in the road and railway construction industries. While you have probably seen a quarry explosion before, have you ever seen one that uses 68 tons of explosives on a 20-meter high wall of rock? Check out the epic video below.

Quarry mining like what is occurring at Bremanger is essential to the whole of the construction industry. From a single blast, the crew was able to extract 360,205 tons of useable rock. Explosives are much faster than digging with excavators...

Part of what this specific quarry is known for is producing a high volume of homogeneous rocks. This makes it perfect for large scale projects where a lot of the same rock is needed. If you're interested in exploring the quarry and blast zone further, you can take a look through the 360˚ panorama interactive menu below. 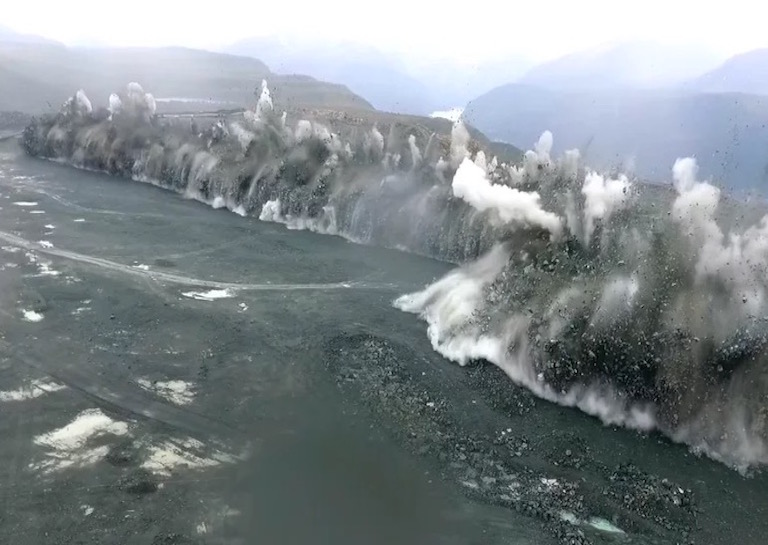 SEE ALSO: How Engineers Can Protect Against Deadly Explosive Attacks