For much of the innovations surrounding neural networks, computers and software have played massive roles in successful projects. However, a team of UCLA engineers created a physical artificial neural network rather than just a new type of software.

Like many other neural networks, the 3D printed device operates similarly to how the human brain functions. However, this particular device operates and catalogs objects at an impressive speed -- the speed of light itself.

The device works similar to other pieces of technology used in conjunction with recognition software. ATMs scan and "read" handwritten checks, and Google scans its database whenever you reverse-engine search an image. However, a lot of those databases rely on a piece of hardware to capture an image of the object in two steps. First, a camera on the device has to "see" the object, and second, the device then processes that image into data in order to figure out what it is. 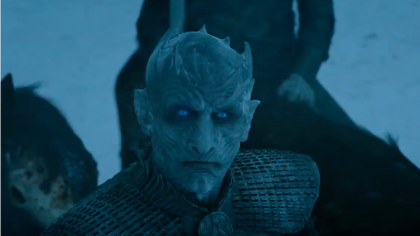 This particular UCLA innovation speeds up the process by combining the two standard elements of recognition systems. It uses what the researchers call a "diffractive deep neural network" and leverages the light bouncing off an object to identify the object faster than a standard computer takes to register an object. The 3D printed device doesn't used an advanced computer program. It doesn't even need electricity to run because it operates on the diffraction of light.

"This work opens up fundamentally new opportunities to use an artificial intelligence-based passive device to instantaneously analyze data, images and classify objects," said Aydogan Ozcan, the study's principal investigator and the UCLA Chancellor's Professor of Electrical and Computer Engineering.

Ozcan and the team's research can be found online in the journal Science.

"This optical artificial neural network device is intuitively modeled on how the brain processes information," Ozcan explained. "It could be scaled up to enable new camera designs and unique optical components that work passively in medical technologies, robotics, security or any application where image and video data are essential."

The team used a computer-simulated design as the framework for building out the artificial neural network. They then used a 3D printer to make intricate, thin, 8 cm polymer wafers. Those wafers, which look rather uniform to the eye, had their own uneven surfaces, and those surfaces diffracted light coming from the object in various directions. The layers allow for submillimeter-wavelength frequencies of light to travel through them, with each layer having tens of thousands of artificial neurons 'pixels' etched into them.

These wafers and their pixels create an "optical network" that helps identify an object. It works because the light from the object is largely diffracted toward one pixel and assigned to that object.

"This is intuitively like a very complex maze of glass and mirrors," Ozcan said. "The light enters a diffractive network and bounces around the maze until it exits. The system determines what the object is by where most of the light ends up exiting."

While this complex system might seem expensive, it's far from costly thanks to its use of 3D printing. All the components can be reproduced by those with access to a 3D printer for just $50.