A research team successfully 3D printed an array of light receptors on a hemispherical surface to develop a bionic eye prototype similar to the human eye.

The human eye is nothing less than a fascinating piece of engineering. The way our eyes work and how they react to external stimuli is and has been the topic of many kinds of research worldwide.

As advanced beings on this planet, it is only natural that we try to recreate the human eye. In the past, we were limited by the technological barriers, but today, we are at a point where technology is progressing at a rapid pace.

The most recent testament to that very fact is the latest achievement earned by the research team at the University of Minnesota. They have successfully 3D printed light receptors into a hemispherical surface.

The whole essence of this research is perfectly summed up by the co-author of the study Michael McAlpine, Mechanical Engineer at the University of Minnesota. “Bionic eyes are usually thought of as science fiction, but now we are closer than ever using a multi-material 3D printer," he explained.

Necessity is the mother of invention

The inspiration for developing the bionic eye came when the mother of the lead scientist lost her vision in a surgery. Michael Alpine has since been testing various methods to create a viable bionic eye that can give light to people who spend most of their lives in darkness.

McAlpine added “My mother is blind in one eye, and whenever I talk about my work, she says, ‘When are you going to print me a bionic eye?" 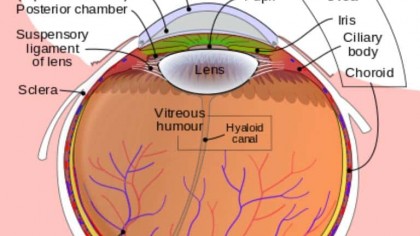 This is the first time that McAlpine had ventured into bionics, as he has a whole portfolio of products that combine electronics, bionic and 3D printing. His team McAlpine & Co. has successfully developed artificial organs, bionic ears, bionic skin etc.

He also holds the patent for 3D printing semiconductors. However, 3D printing on curved surfaces is quite an arduous task as the ink will have a tendency to flow on the bent areas rather than sticking to them.

To counter this challenge, the researchers used a base ink of silver particles on the hemispherical dome. The ink stayed in place and dried uniformly without behaving like a runny fluid. It gave researchers much hope in their creation.

They further utilized semiconducting polymer materials for printing photodiodes on the surface of the dome that convert light into electrical signals that can be processed and turned into actual images.

When the research team tested out the system, it worked with 25% efficiency in converting light signals into electrical signals.

"We have a long way to go to routinely print active electronics reliably, but our 3D-printed semiconductors are now starting to show that they could potentially rival the efficiency of semiconducting devices fabricated in microfabrication facilities. Plus, we can easily print a semiconducting device on a curved surface, and they can't." McAlpine added.

The team was able to achieve such a feat thanks to their 3D printer that they developed in-house.

Via: University of Minnesota