3D printed cast can heal bones 40% faster thanks to ultrasound

The traditional casts offered by hospitals to cover broken bones are not the best things to have to wear while waiting for your bones to heal. After they have been on for around a week the cast emits a bad smell from sweat and the skin underneath begins to itch horribly. Breaking a bone in the future may mean that you don’t have to suffer for weeks on end and put up with the traditional cast. This 3D printed cast can heal bones 40% faster thanks to ultrasound. 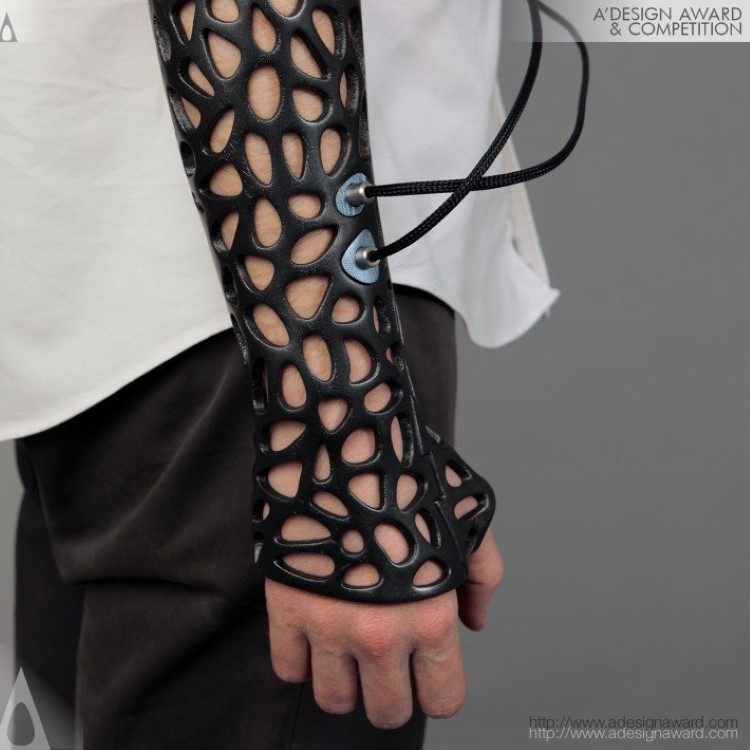 This isn’t the first time that we have heard about 3D casts - the idea of them has actually been around for a couple of years.  A Turkish student, Deniz Karasahin, has taken things a step further. He is the winner of the 2014 Golden A'Design Award for 3D printed forms and products, for his Osteoid cast prototype, which relies on small ultrasonic vibrations to help speed up the time it takes the broken bone to heal by around 40%.

Low intensity pulsed ultrasound has been known for its capabilities when it comes to helping mend broken bones for around ten years. Up to now it has been difficult to use as ultrasound leads need to be on the skin, directly over the region of the bone that is injured. With casts made of plaster this isn’t possible. This is where the 3D printed cast comes into its own as patches of the skin are left to the open air, which would make it easier for the leads to be in contact with the skin over the bone that was broken. The Osteoid 3D printed cast has a skeletal design and this would allow the ultrasonic drivers to be built within the cast itself. 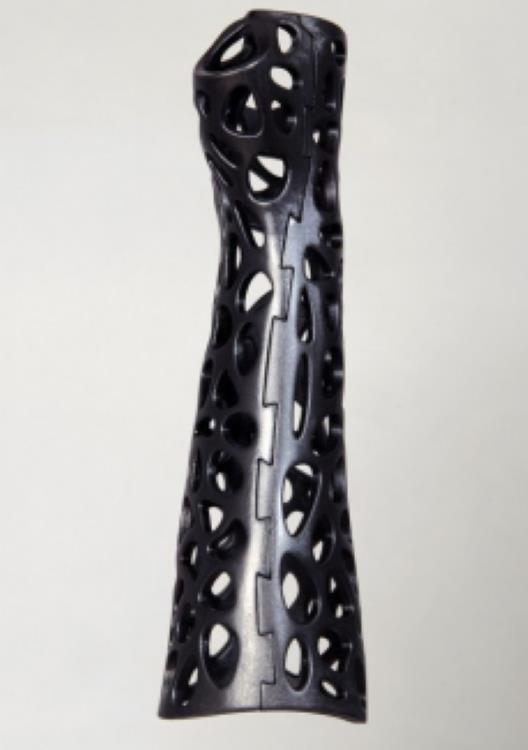 It has been said that the next step forward for the 3D printed cast is the creation of a locking mechanism that would provide protection for the limb, along with the cast. The Osteoid creator got the inspiration for the cast from the spongy material that is inside bones. The team said that the concept is lightweight and it could be tailor made, along with being available in specific colours.

At the moment the 3D printed cast remains in prototype stage. However thanks to 3D scanning tech progressing fast, this 3D printed cast could be seen covering broken bones in a couple of years or so.