One of the most important early milestones in a pregnancy is the first ultrasound: when the parent/s see their tiny unborn child and hear its heartbeat. Not only is the sonogram helpful in tracking the pregnancy and the health of the baby, but is a pivotal step in forming the parental bond. And also one that is unavailable for visually impaired parents. Enter 3D-printed ultrasound.

In 2014, when a Brazilian couple, Ana Paula Silveira and her husband Alvaro Zermiani, both legally blind, were going in for their first ultrasound, even though they were glad to hear that the foetus was perfectly healthy and strong, they knew that nothing could equal the experience of being able to see their unborn baby--living and breathing on a screen in front of them. This is where 3D printing technology came in to help in a unique way.

Thanks to modern 3D printing technology, the parents were able to hold a tiny doll, which was an exact replica of their unborn baby. This meant that they didn't have to rely on anyone's description of the pictures; they could "see" their baby themselves. The details were so precise that they could feel the face with their fingers and even realize that the baby had a resemblance to their own faces! 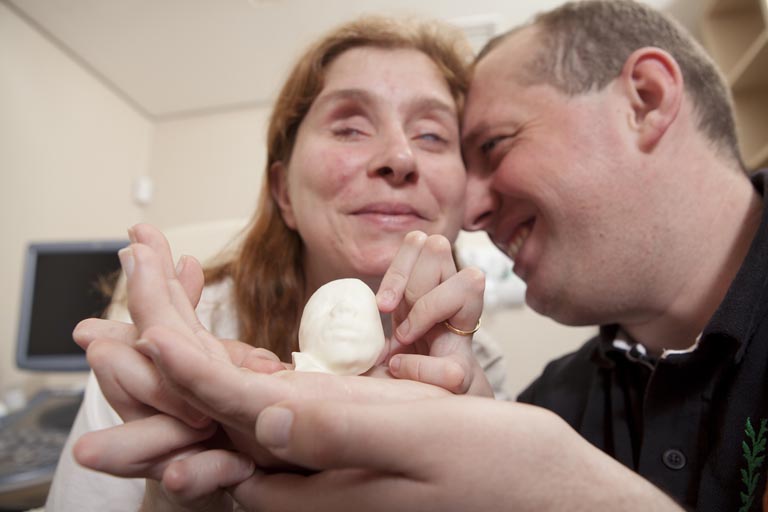 You Never Know Where Inspiration Will Strike

The technology involved came from GE Healthcare: using the cutting edge Voluson E10 system. But the thought of marrying the technology with such an application came from a very odd source, the polar opposite of babies--fossils.

Brazilian obstetrician and gynecologist, Dr. Heron Werner, working at the DASA clinic in Rio de Janeiro, had seen a 3D-printing project in 2007 that was digitizing ancient exhibits at the National Museum of Brazil. Naturally, his takeaway from this was the inspiration to bring the same technology to fetuses. In 2012, he began giving visually-impaired women and their partners the gifts of 3D-printed ultrasound, completely free of charge.

Ana Paula had seen a TV interview with Dr. Werner and remembered it when she became pregnant in 2013. She and Alvaro then reached out to him to seek his help with a 3D sonogram. 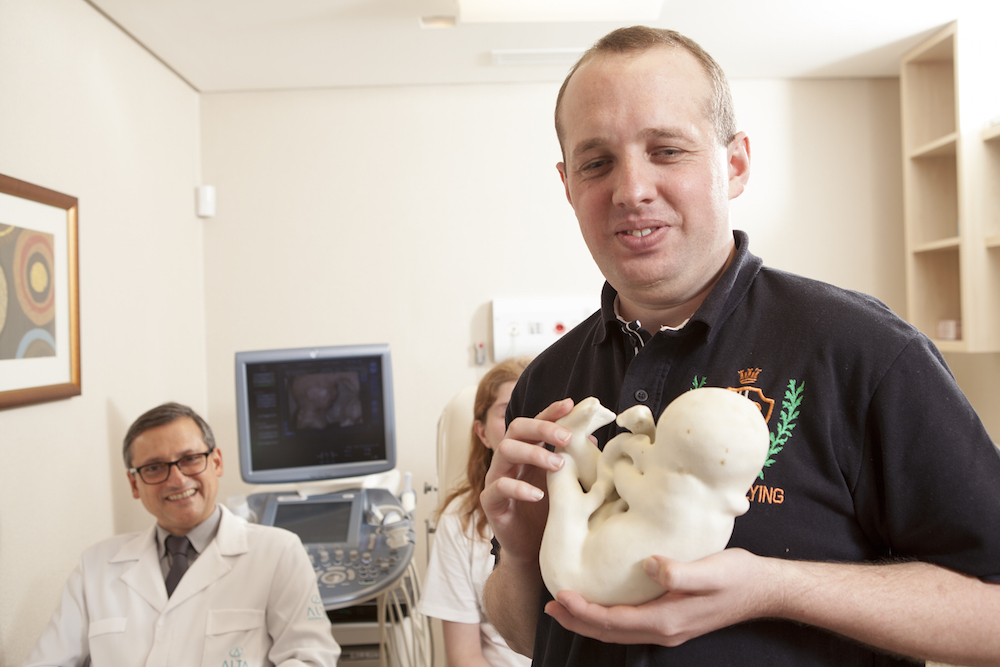 The couple's son, a happy and healthy three-year-old, Davi Lucas Zermiani, now not only plays with the three models of his very early self, but also shows them off to friends.

The Possibilities with 3D Printed Ultrasound

The Voluson E10 is the first ultrasound machine in the OB/GYN field, which also allows 3D printing directly from the machine. Having a tiny doll printed, which is a replica of your fetus, is of course a great idea for parents for sentimental reasons. But the technology has larger benefits too. 3D-printed ultrasounds allow for better detection of health problems in a fetus than traditional sonograms. With this, doctors can help parents better understand congenital defects such as cleft lips, abnormal extremities, or abdominal wall defects. In some cases, 3D printing can enhance discussions about surgical planning and serve as educational tools.

SEE ALSO: New Technology Allows You to Touch Your Baby While Still in the Womb