4 Brilliant Ways You Can Re-purpose a Satellite Dish

Satellite dishes often get replaced after 5-10 years as technology upgrades or they begin to malfunction. It seems there are a lot of dishes laying around and slowly corroded when they can be re-purposed to make surprisingly useful gadgets! Here are 4 brilliant ways you can re-purpose your old satellite dish, as brought to you by brilliant gadget master, Kipkay.

Use Free Wifi from a Distance

Using a couple easy to find parts from a hardware store, Kipkay demonstrates how to turn a satellite into a device that can easily capture Wifi from over 500m away! Perhaps your Wifi is down, but there is a free Wifi hotspot nearby, set up this device, point it in the direction of the internet, and browse away! The device uses a UHF Coax Socket set up inside a can which collects the signal from the dish. The signal is then sent down a copper antenna to the router where the signal is then interpreted. In an hour or two, you can easily set yours up as well! 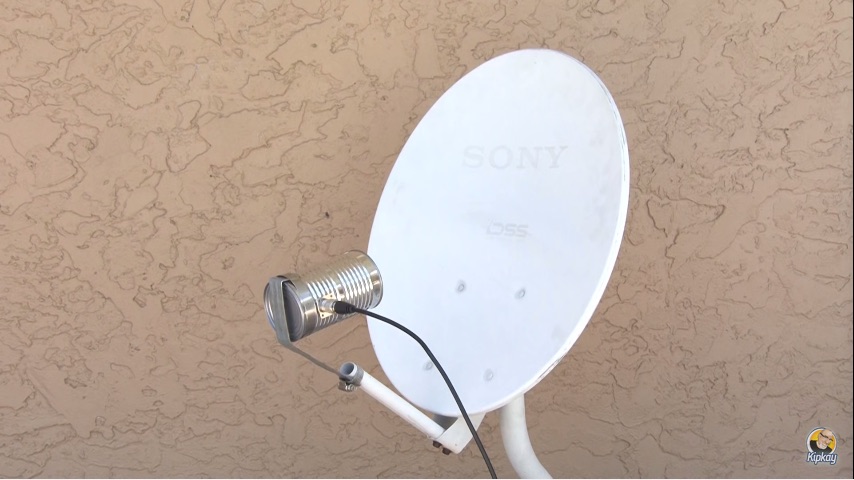 This hack is realistically more simple, and fun to use. Simply take apart the housing on the LNB and take out the internals. Next, using a microphone, fit it inside the housing and direct it towards the dish. The sounds are then amplified to allow you to listen in too far away things. 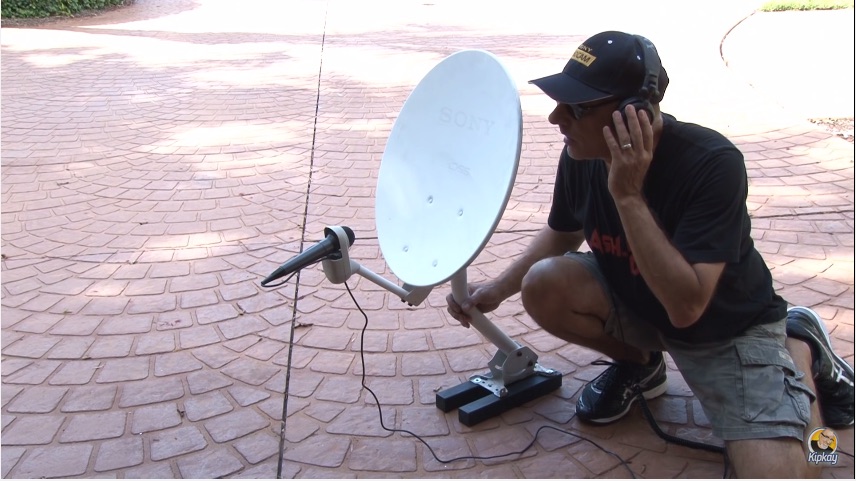 Listen in on far away conversations! [Image Source: Kipkay]

This device is perfect for grabbing HD channels when your (other) satellite or cable box is out. Using an aluminum pipe with some slight alterations, simply attach the antenna and direct it inwards and let the dish do all the amplifying for you. For just 10 bucks, Kipkay only managed to grab 3 channels. However, after mounting the device to the dish, the antenna was able to pick up more than 40! 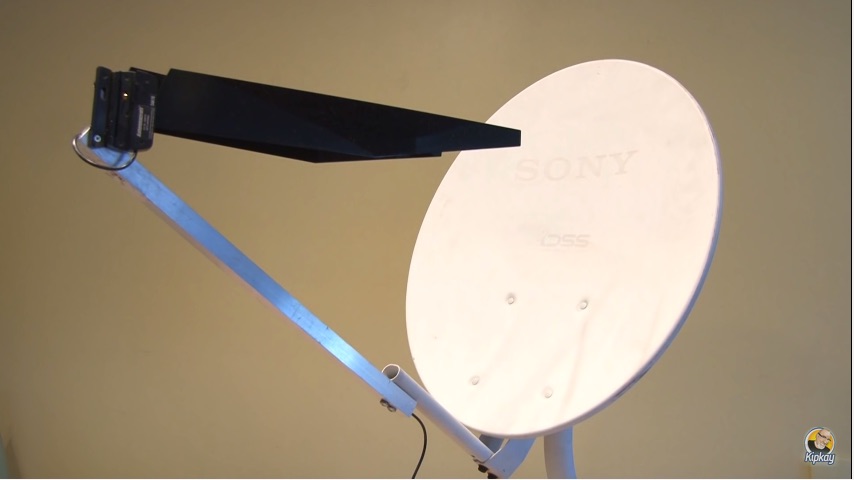 Using some highly reflective tape, line the dish completely with the reflective material. Then, using a chain, hang a pot in the hotspot of the dish. After a few minutes, Kipkay was able to fry an egg! While it is not the fastest cooker, it is still neat to harness the energy of the sun to cook a solid breakfast. Not only that, but the energy is free! 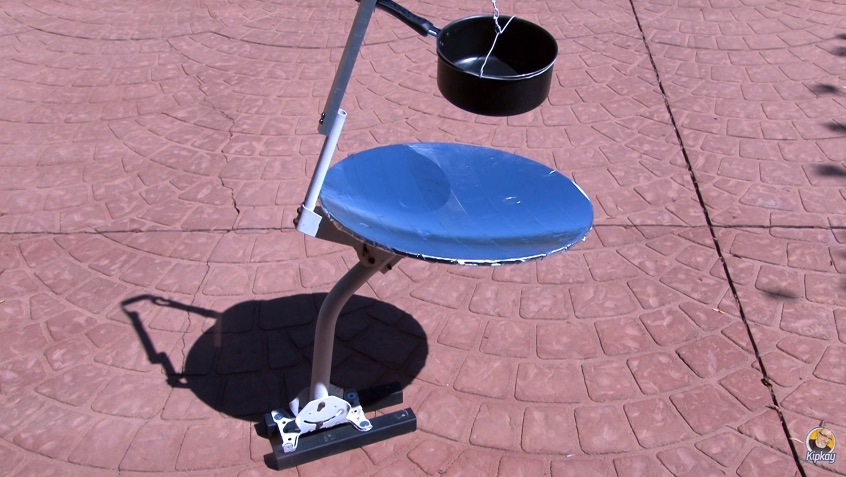 Instead of leaving your old satellite to rust away, perhaps now you can re-purpose it to get some WiFi, browse some channels, or have a crack at cooking an egg! Kipkay has all kinds of inventions that you can build as well. You can see more on his channel.