Seems like the saying, what goes around, comes around has been proven to be correct - again. Wired senior associate editor, Arielle Pardes, stunned fidget spinner fans with this twitter pic last Monday.

Proof that there are no original ideas anymore pic.twitter.com/7zPxYha7QQ

The image shows a very familiar shape with the caption “Proof that there are no original ideas anymore”.  Yes, that’s right, it‘s an ancient fidget spinner. The photo was snapped by Pardes at her local museum and shows the toy, created out of clay, with the information label reading “spinning toy with animal heads”. The toy, originated in Iraq, dates back to 2000 BC.

It seems like idle hands have been a problem for millennia. But since the tweet went viral and the image also got shared on Reddit, the true identity of the toy is slowly being revealed.

Is the ancient toy actually a deadly weapon?

Jean M. Evans, the chief curator at the Oriental Institute Museum, where the object was photographed recognizes the object does resemble a fidget spinner but thinks the item may have been mislabelled.

Instead of being a toy to entertain bored children, the clay object may, in fact, be a deadly weapon. The misidentification is related to the circumstances of the toy's discovery. "When the 'spinning toy' was first published in 1932, the excavators recognized that the object was unique and they speculated it might be rotated and used in 'astrological divination' suggesting the animals represented were a bull, ibex, and lion," Evans said in a statement.

Further investigation at the site, suggests the object is part of a mace like a weapon. Evans provided a photo of another object to provide evidence towards this theory.  She goes on to describe that maces were "considered weapons of the gods in the second millennium BC." 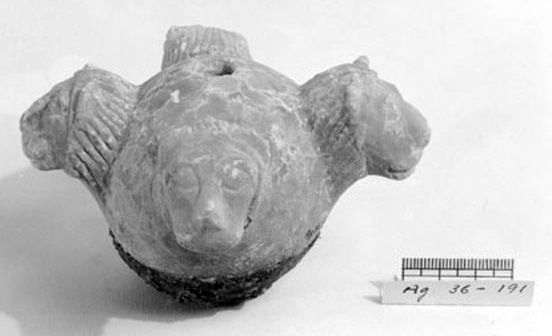 The inventor of the modern day fidget spinner: Catherine Hettinger

The modern day fidget spinner was reportedly invented by Catherine Hettinger. The Orlando based inventor designed the toy to entertain her daughter, while she was sick with limited movement.

Hettinger secured a patent on the spinning design in 1997, but plans for toy giant, Hasbro to put the design into production failed. When the patent was due for renewal in 2005 Hettinger couldn’t afford to pay the $400 USD fee. The patent lapsed and Hettinger joined the ranks of other inventors who haven't managed to cash in on their unique products.

Despite not making a cent on her invention, Hettinger told the Guardian, "I’m just pleased that something I designed is something that people understand and really works for them." 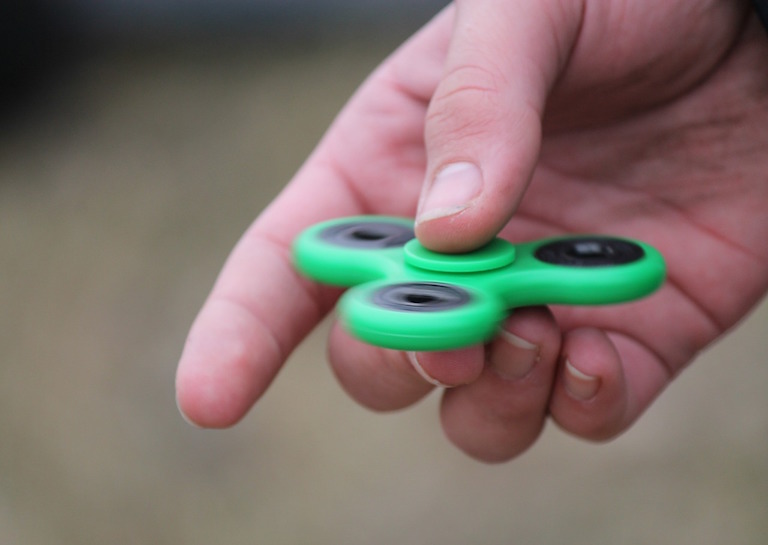 The fidget spinner craze continues around the world despite the plastic and metal toy being banned in numerous primary schools. The seemingly mundane toy already has a colorful history. It has been hailed as the cure to attention deficient disorders and accused of brainwashing Russian youth. No matter how you feel about them, the fame of fidget spinners continues to grow.