A recently uncovered letter believed to be written by astronomer Galileo reveals the lengths to which he went to disguise his true scientific beliefs from religious authorities.

New evidence reveals that Galileo, one of history's most influential astronomers and mathematicians, battled with how to find acceptance for his work amid the religious climate existing at the time.

One of the biggest champions of Copernicus' theory that our planet and the others in the Solar System revolved around the Sun, Galileo was facing increasing pressure from the Roman Catholic Church. The theory was put forth in the book On the Revolutions of the Heavenly Spheres, which was published in 1543.

A seven-page letter, signed with the initials "G.G." for Galileo Galilei and dated December 21, 1613, has provided new information about how Galileo himself was impacted by the pressure to change his ideas and adopt those of the religious groups in power. Although several versions of the letter exist, Galileo's original was recently uncovered.

In it, one can see all the meaningful edits he made to make his ideas appear less threatening to the Catholic Church. As is often the case with surprising discoveries, this one was completely accidental.

Salvatore Ricciardo, a University of Bergamo researcher, found the letter in the archives while doing research on an unrelated topic just last month.  “I thought, ‘I can’t believe that I have discovered the letter that virtually all Galileo scholars thought to be hopelessly lost,’” said Ricciardo.

“It seemed even more incredible because the letter was not in an obscure library, but in the Royal Society library," he added. 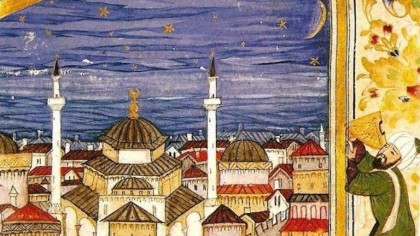 In light of the events surrounding the letter, one can understand why the choice to name this era The Renaissance, which means "rebirth", is appropriate. There was a complete overhaul, in almost every sphere of learning, of old ideas.

The pressure fell on the best minds of the time to engineer these changes. In the end, however, Galileo was found guilty of suspected heresy and sentenced to the confinement of his home for the last years of his life.

Of course, Galileo's story is not an uncommon one: historically, the exchange of ideas between spiritual and scientific voices on the various ways that our natural world came to be, as well as how it functions, are well documented. What he was fighting for was not about expressing the correct position or idea, but simply the right to express the opinion itself. Scientists who make the biggest impact on the world are often guided by both a curious mind and an expansive vision that allows them to articulate a new reality.

However, based on how, when, and which audience hears that reality, some uncomfortable realities must be accepted and even difficult choices must be made. In the past, now and in the future, scientists will continue to fight the good fight in order to protect their ideas.

11 Facts About the Antikythera Mechanism, the 2,000 Year Old Computer