The Forsby-Köping Limestone Cableway is a stunning 42 kilometers long and was once the longest aerial cableway in the world. The buckets, as you may have guessed, carried limestone rocks to be used in a cement factory in Skånska, Sweden. This unique structure was actually the most efficient and fastest way to transport the raw, recently mined, rock to where it needed to go. Often it cut across rivers, through fields, over roads, and any place that stood in its way. 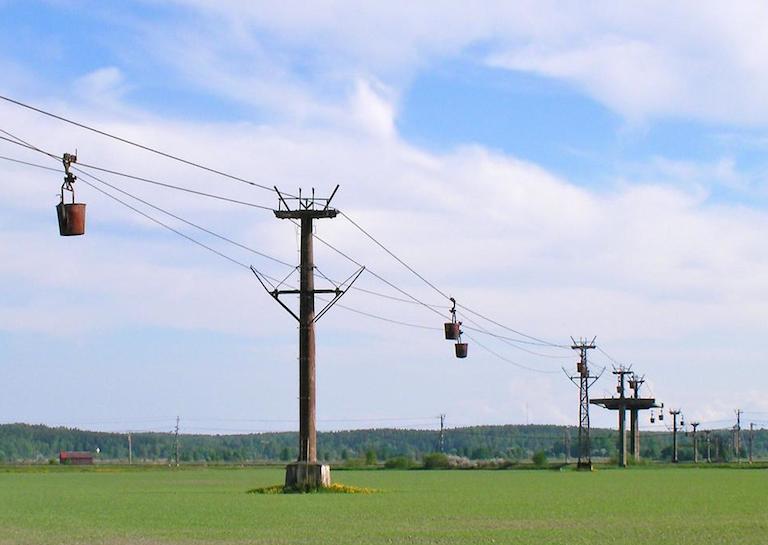 There were 750 bucket cars that could hold 1200 kg each, and the cables ran in constant operation 24/7. Having cars with these capacities meant that  cableway would operate at 90 metric tons per hour at max capacity. This cableway was only profitable when it was operated at near full capacity, so when cement production demand went down in the buckets stopped moving.

Maintained from 1939 to 1997, the Forsby-Köping Limestone Cableway was only shut down for 3 years, from 1977 to 1980 when demand went down and all of the limestone from the quarry was no longer needed. At the time of construction this transportation device cost 500 thousand US dollars, which translates into about US$8.2 million today due to inflation. 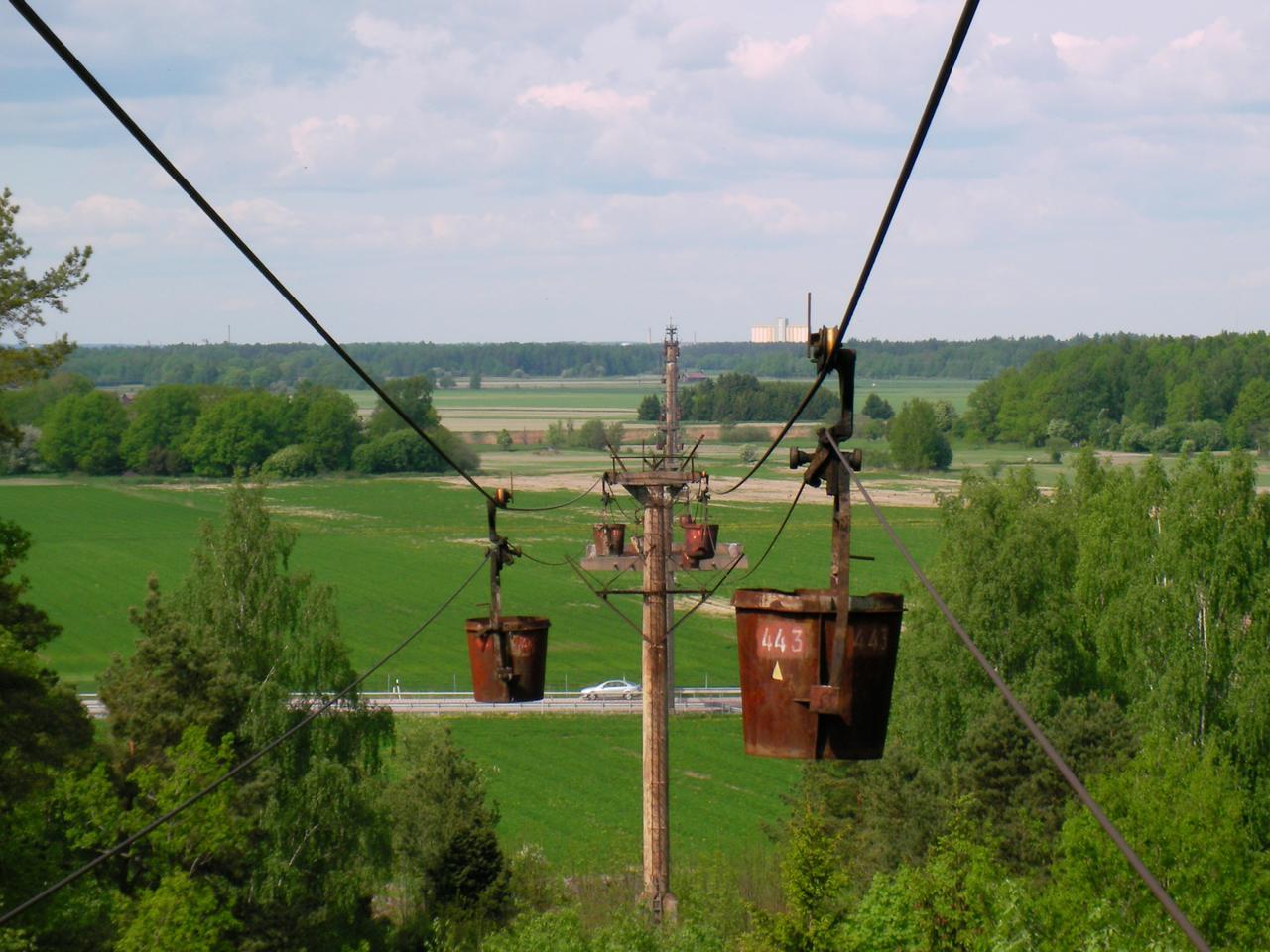 The killer of this impressive feat of engineering was ultimately roads and trucks, as in 1997 it became much cheaper to operate and maintain a fleet of trucks rather than the cableway. 25 million tons of limestone was transported  down the cableway in its 53 years of operation. When it was brought out of service, the company who owned it kept it in working order, and by that time all other longer cableways had been deconstructed. This meant that the Forsby-Köping Limestone Cableway became the world's longest cableway at the time.

As this machinery was such an integral part of the communities it ran through, there has been a large push to preserve the industrial cableway, but mostly to no avail. In 2013, the owner could not afford the upkeep, so he began tearing down sections of it. 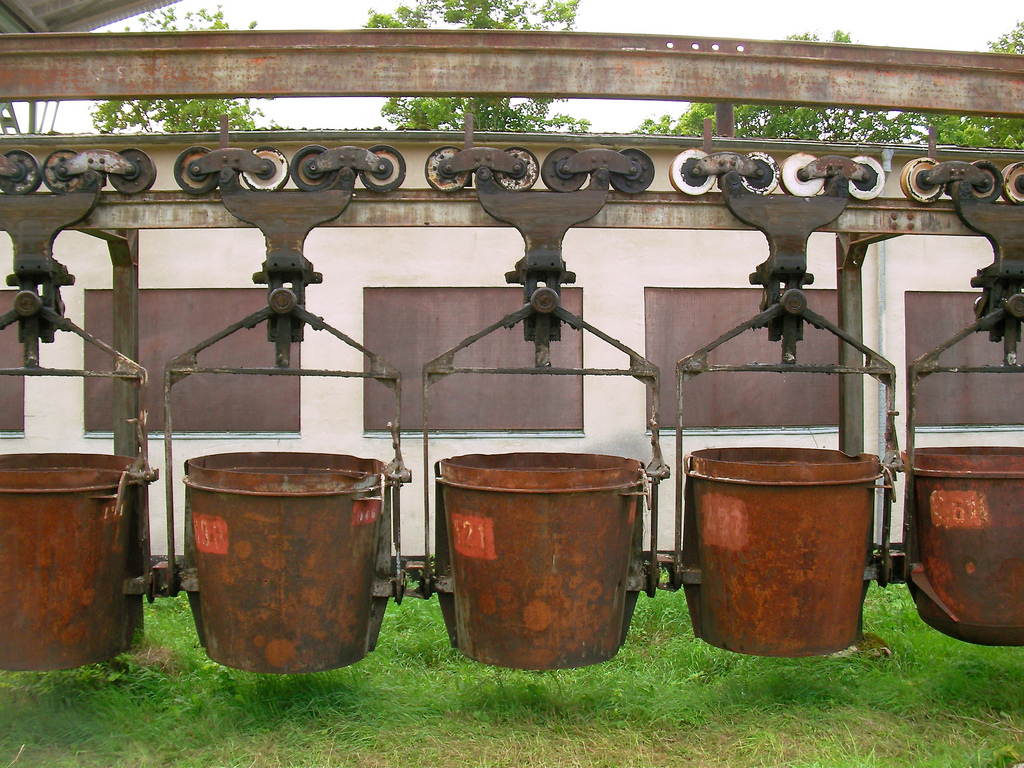 When it was in operation, the network of buckets, towers, and cables consisted of three different kinds of locations. Power stations, terminal stations, and angle stations, all being necessary to keeping the operation going. Power stations ran the cables, each fitted with 135 HP electric motors. The terminal stations would have existed anywhere the buckets would have needed to be loaded an unloaded. Lastly, even though cables are flexible, angle stations were still needed to shift the path which the tracks ran along. 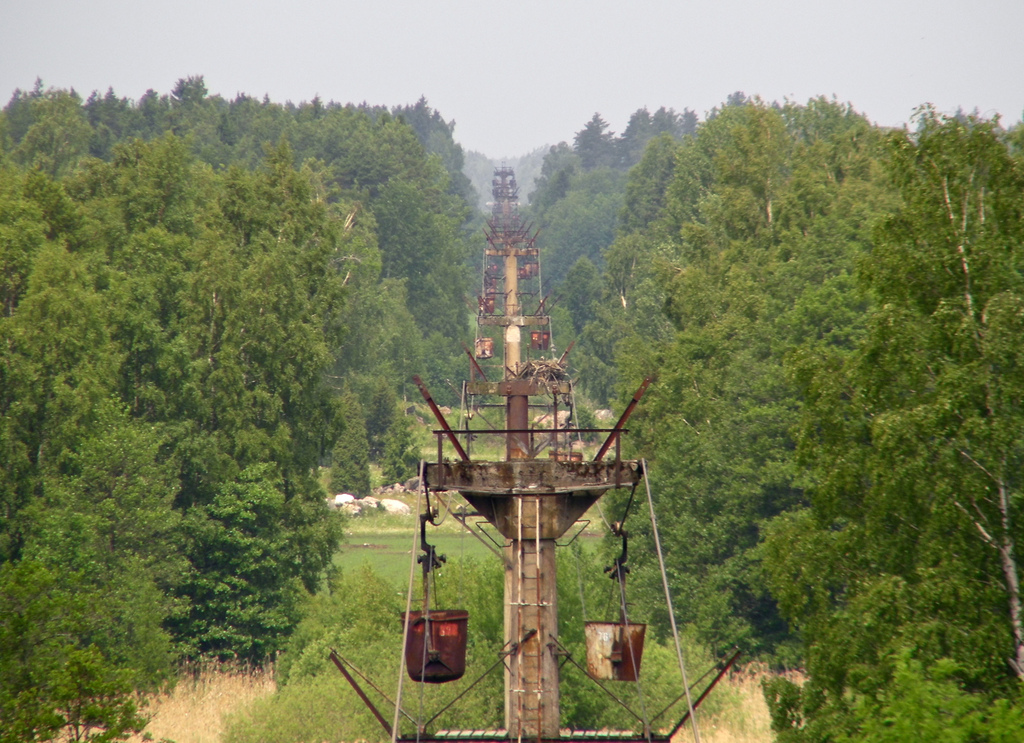 This cableway may seem antique and outdated now, but this would have been a state of the art system for transporting quarried rock back in the day. It's interesting to think that a cableway built in 1939 could remain in useful service until nearly the early 2000s. Engineering doesn't have to be new and advanced to be useful, in fact, sometimes a few buckets on some cables is all you need.