Sales figures for September show that Norway continues to lead the world in electric vehicle adoption.

Norway has set a new record for the number of electric and hybrid cars sold in the country. Sales figures for September indicate that of the 10,620 new passenger cars registered about 45% of them were all-electric vehicles and the number goes up to 60% when including plug-in hybrids.

The new electric vehicles are also setting impressive records for their low CO2 emissions. The average CO2 emissions from new cars are just 55g per km, a big drop from 71g per km in September 2017.

Tesla was a big contributor to the impressive numbers. The record shows that 2000 new Teslas were registered. These numbers are expected to increase when the Tesla Model 3 is available on a more consistent basis.

The Audi e-tron, which is expected to hit the market in 2019 will likely also be a popular choice for the Norwegians. Norway is leading the world in electric car adoption.

The country aims for all new cars to be all-electric by 2025. But at this rate it is likely they will meet their expectations early.

The popularity of EVs is thanks to generous tax breaks and incentives like free city tolls and parking in combination with heavy taxes on diesel and gasoline. Despite the huge increase in new electric cars on the road, EVs still only account for roughly 10% of all of Norway's vehicles.

What is interesting about Norway that despite many years of huge EV adoption, the country’s oil consumption has risen. Unlike surrounding countries, Norway increased its demand for oil in the last five years - until now.

The Norwegian government released its 2017 figures for the sales of petroleum products and for the first time since 2014 Norway's consumption of gasoline and diesel declined across the board. 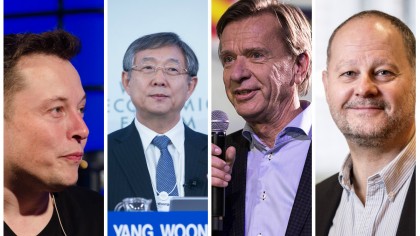 While it is still too early to say whether this trend will continue, the figures look good for Norway to slowly wean itself off its oil dependence. One factor in the slow decline of oil consumption in comparison to the high number of EV’s on the road is Norway’s relatively rapid population growth.