2016 was definitely the year of exploding phones. Although 2017 still has more than 3 months to surprise us, here are some of the biggest consumer electronics product fails we've witnessed so far.

With the release of new gadgets and technologies year after year, it is inevitable to see some of these promising ideas fail miserably. While many of them quietly disappear from the market, some just can’t avoid getting ripped apart all over the internet. Here are some of the biggest consumer electronics product fails of this year.

Silicon Valley startup Juicero raised $118 million in funding and launched its $699 Wi-Fi connected juicing machine around 16 months ago. The machine required $5-$7 proprietary juice packs to work and its price dropped to $399 in October.

Despite the price drop, Juicero was doomed to fail. It became subject to a massive social media backlash after Bloomberg published a piece that showed the juice packs could be squeezed by hand and didn’t actually require the pricey Juicero machine. The product that can squeeze juice packs with enough pressure “to lift two Teslas” was proved to be useless, marking the beginning of the end for the company.

In an unsurprising turn of events, very recently, Juicero announced that it is suspending the sale of all its products and gave its customers 90 days to request a refund.

Two months ago, on July 6, The Information reported that the consumer electronics firm Jawbone was going out of business. Funnily enough, the designer behind Jawbone was no other than renowned Juicero designer, Yves Behar.

Once valued at more than $1 billion, the health wearable was believed to take on its competitor Fitbit.

A Reuter’s report called the 18-year-old Silicon Valley unicorn’s collapse was due to ‘death by overfunding’. Tech entrepreneur and consultant Sramana Mitra said, “They are basically force-feeding capital into these companies,” she continued, “I expect there will be a lot more deaths by overfunding.”

When Huawei Deputy Chairman and rotating CEO Eric Xu Zhijun admitted he would never wear a smartwatch himself at the company’s 2017 Global Analyst Summit in China, saying “I am always confused as to what smartwatches are for when we have smartphones,” he probably had a point. The fact that the smart product giant was about to release the Huawei Watch 2 didn’t stop Zhijun from declaring smartwatches useless. 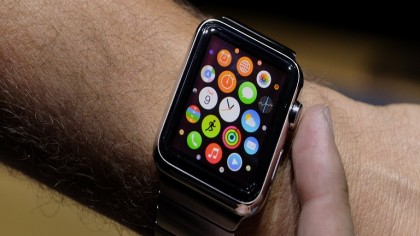 5 things you need to know before buying a smartwatch

Smartwatches are failing as a product category. That is not surprising when even the number of people who wear regular watches is rapidly decreasing. Of course, smartwatches do so much more than just telling time, but the real question is: can they do more than the smartphone right in your pocket does?

There is no doubt that one of the worst smartwatch fails was Kickstarter project Pebble’s. At the end of 2016, FitBit bought out most of Pebble, leaving new device owners with no further software updates, replacement chargers or warranty services. But FitBit is not doing so good themselves. Last month they announced they sold 2.3 million fewer devices last quarter compared with the same quarter a year ago.

According to a report by Canalys, Apple accounts about half of all smartwatch sales with an estimated shipment of 11.9 million smartwatches in 2016. However, the success of Apple Watch is due to its improved fitness capabilities, making it a good fitness tracker more than a good smartwatch.

The action-camera GoPro was once every adventure lover’s dream gadget. However, after a steep decline in sales leading to a rapid drop in its stock prices, GoPro announced they are cutting 15 percent of staff and closing their entertainment division to reduce costs, in March 2017.

The founder and CEO of the company, Nick Woodman, quoted saying, “We failed to make GoPro contemporary and failed to align with the smartphone movement.”

Last September, the company entered the drone market with the Karma but had to recall 2,500 units after drones were reported crashing mid-air. After several delays, the drones got back on the shelves in February 2017.

The beginning of the end for the San Francisco-based company Lily Robotics was when they launched an over-promising promotional video of their autonomous flying camera in May 2015. The video of Lily went viral and was watched 5.3 million times in its first month.

Over 60,000 customers spent more than $499 to get their hands on one of these drone cameras. On December 2016, Lily posted its very last tweet, promising to ship the orders by early 2017 - which never happened.

We will start shipping US orders late this month until early 2017 and in the order that they were placed.

Lily announced it was shutting down on January 2017, after raising over $34 million from backers and without delivering a single unit. And the highly anticipated drone showcased in the viral video turned out to be a “GoPro mounted to a Lily prototype”. San Francisco District Attorney’s office filed a lawsuit against the company over misleading advertising and unfair business practices.

A drone company named Mota Group recently purchased assets of Lily Robotics and it is set to resurrect Lily Drone from the dead.