5 Films That Made Astoundingly Accurate Predictions About Future Technology

We look at five science fiction films and how their predictions about future technology weren't just accurate but also socially important.

Every so often, we come across a film or television show that makes such a bold prediction about our future that all we can do is shake our head and laugh at the silliness of it, even if we do admire their imagination; that is, until we see the unbelievable come to pass in our lifetimes. 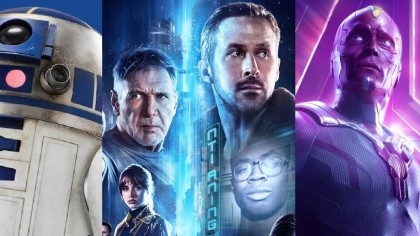 Given the rapidly increasing rate of scientific advancement over the last 50 years, we can forgive ourselves for scoffing at some of these predictions, but for the filmmakers, the predictions weren’t just about the gadget, they were also able to foresee the society that would produce them to a remarkable degree.

There's no denying then that these films were way ahead of the rest of us when they went out on a limb and made these five astoundingly accurate technology predictions about the future.

Back to the Future 2: Personalized, Wearable Technology

Back to the Future 2 is the film you get when you lock a bunch of futurists in a room and won’t let them out until they write you a script. Part of the appeal of Back to the Future 2 when it was released was its extensive vision for what the near future would be like for the audience viewing it.

It got many of its predictions wrong—the failure to deliver on the promised hoverboards has even taken on a cultural life of its own—but one of Back to the Future 2’s more prescient predictions was in the growth of personalized, wearable technology and how it would come to dominate our everyday lives.

Whether it’s a FitBit, an Apple Watch, Google Glass, or the growing market for virtual reality headsets, Back to the Future 2 recognized that as our technology advanced, we would strive to find new ways to interface with it on a personal level.

Of all the predictions Back to the Future 2 made, this one was one of its less sensational, but certainly more relevant, insights about our future, especially how we would use these technologies as an indispensable part of our daily lives. One cannot watch the people of Back to the Future 2’s near future setting and not think of how many of us live our lives through our smartphones and other connected devices.

Total Recall is another one of those films that gets a lot of mileage out of its commercialized vision of the future. While the central premise of the film is still a long ways off, certain predictions were remarkably accurate.

One of the most relevant of these comes early in the film when Arnold Schwarzenegger must walk through an invasive full-body scanner which draws unwanted notice by security personnel. Anyone who has taken a flight in the past decade is already familiar with this.

Airports around the world are now equipped with full body scanners that can see everything about our bodies in less than a second and determine whether someone is carrying an illicit weapon on their person. What makes Total Recall’s prediction so relevant is the social attitude to such an invasion of privacy.

In the film, this level of detailed scrutiny barely registers with the human traffic passing through the scanner, a recognition of how easily we would adopt and adjust to such scrutiny. While many might grumble about the full body scanners at our airports, this has become a perfunctory formality as our society has grown to accept and adapt to this once unthinkable invasion of our privacy.

The dark and grim future depicted in Ridley Scott’s Blade Runner predicts the world we live in with varying degrees of accuracy. From its prediction of a world ravaged by runaway pollution—predicting the current onset of Climate Change—to the standard Sci-Fi trope of flying cars, futurists had a field day with Blade Runner.

One of the more relevant predictions the film made was how we would come to use video calling as frequently and as casually as any other means of communicating. With the introduction of Skype and FaceTime for our smartphones and computers, the long-awaited futurist dream of video telephone calls has come to pass.

Video Calling is almost as ubiquitous in sci-fi films as the flying car, but what Blade Runner predicted that many others didn’t is how we would greet this revolutionary advance with a collective shrug and go about grinding out a living as we’d always done.

Both Steven King’s original book (written under the pen name Richard Bachman) and the film adaptation of the novel focus in on a future where we ourselves would compete to be our own source of entertainment.

Years before MTV’s The Real World would introduce audiences to supposedly average people put in front of a camera for our voyeuristic entertainment, Running Man not only predicted that the entertainment industry would turn to the viewing public as the source of its content, it also predicted that we would respond by doing all we could to outshine each other in a desperate bid for stardom and celebrity, no matter the personal cost to ourselves.

Minority Report is a film built around predicting the future, so its no wonder that the film does this to a great extent on a meta level as well. While we aren’t quite at the point of deploying a PreCrime unit to prevent murders before they occur, police departments around the world already utilize data analysis to perform predictive policing that isn’t that much different than the PreCogs in Minority Report.

What really sets Minority Report apart, however, is one of its less remembered but astoundingly on-point predictions about the future we’d live in: personalized, targeted advertising.

Everyone has had the experience of searching for some random item on Google, or visiting a website with a certain focus, only to see advertising pop-up all over our browsers trying to sell us the thing we had just searched for.

Even more sophisticated algorithms will further personalize their marketing to the individual level, even using a customer’s name directly in their sales pitch. What we now call targeted advertising was one of Minority Report’s more prescient and unsettling predictions about the hyper-commercialized world we would soon inhabit.

Getting the Future Right

What all of these films share that set them apart from other science fiction films isn’t that they predicted some new-fangled device a couple of decades ahead of time. Any science fiction film can do that and turn out right at least some of the time.

What these five films predicted wasn’t just the technology, but the social context in which we would use that technology, a much more difficult task than predicting that one day we’ll have hoverboards.

Being able to draw out the social implications of our future technologies is an important feature of truly great science fiction and that is what sets these films and their predictions about future technology apart from the rest.