5 of the most unbelievable houses and one piece of art

Not everyone is happy living in a traditional house, built with bricks and mortar, located among many other homes all built in the same style. Some people like to be different and these people either build their own homes or have architects and builders do it for them. This has led to some strange and unbelievable houses having been built around the world and here are 5 of them. 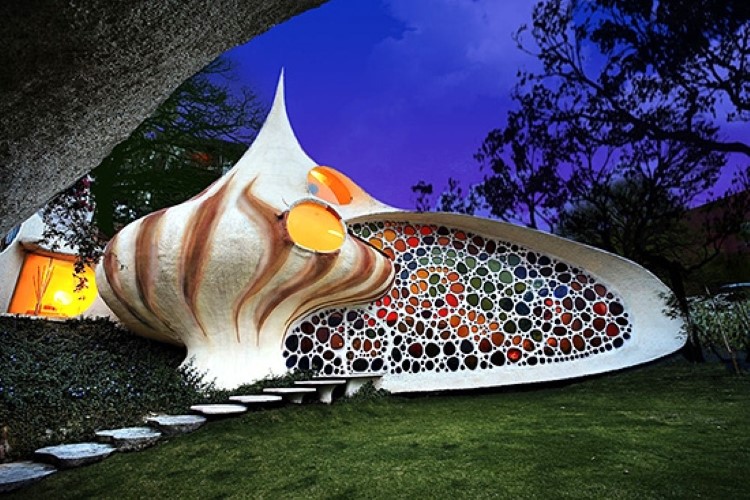 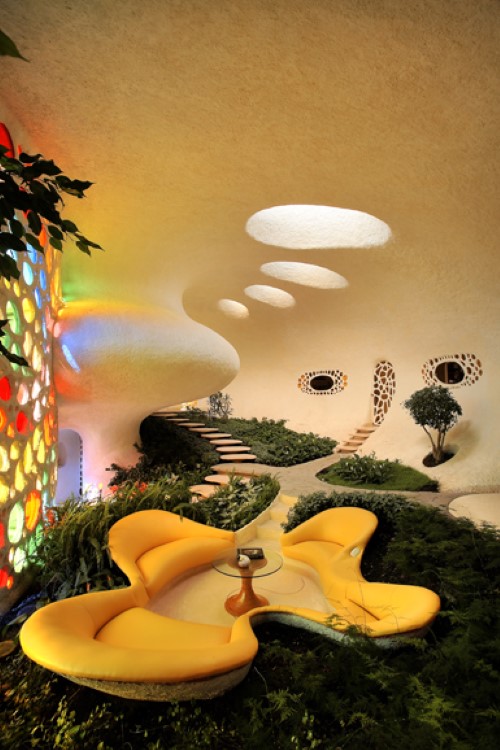 One couple from Mexico City came up with the idea of living in a shell shaped home and designed a home with the help of Senosiain Arquitectos. This house was made with ferrocement construction, a frame of steel reinforced chicken wire with two inch composite of concrete spread over it, with the look being designed around a nautilus shell. The whole interior is full of surfaces that are smooth, spiral staircase and plantings. To the West of the house there is stunning scenery, this is where the portal windows face the backdrop of mountains, on three sides the home is surrounded by the city.

The Bubble Palace of Pierre Cardin 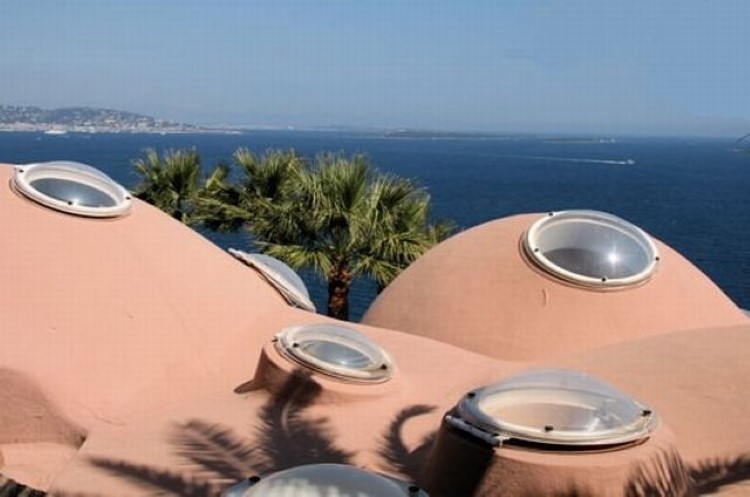 The Bubble Palace was designed by Antti Lovag in 1970 in France but when the deal fell through designer Pierre Cardin decided that he would like to live there and so the project went ahead and he took on the house in 1989. Every room in the home is round and the property spreads out in the form of a bubble compound. The architect behind the house said straight lines were "an aggression against nature ... human beings have confined themselves to cubes full of dead ends and angles that impede our movement and break our harmony."

The Magic Mushroom house was designed by Andre Ulrych, who said that the inspiration for the house actually came from the nautilus seashell and not a mushroom. The whole of the interior of the home is an organic spiral, which then dips to a sunken living space, which comes complete with a fireplace of moss rock.

The Steel House aka Metal Mansion 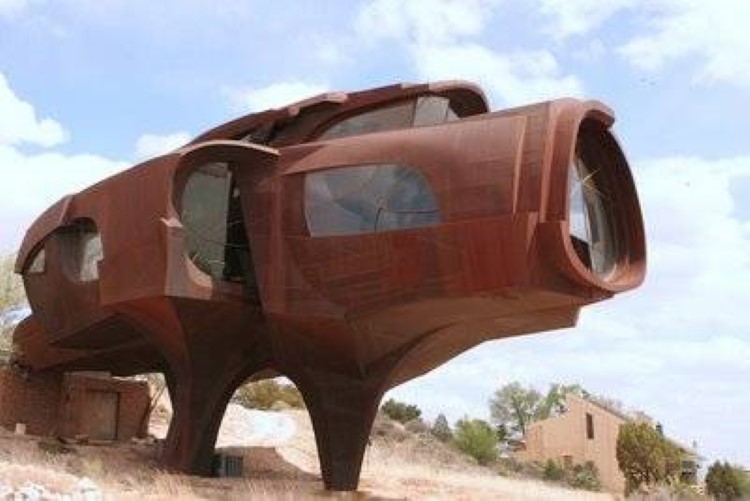 The Metal Mansion was created by Robert Bruno, the architect and sculptor, and the design looks like something that would be right at home in a Star Wars film. The home was made from steel domes and comes in with a total weight of 110 tons. While the home does take on the appearance of an alien space craft, the windows do bring a sense of normality as they are stained glass. 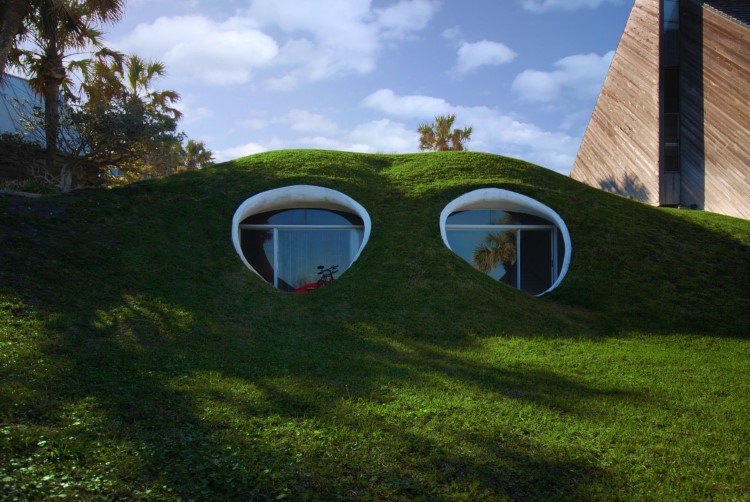 The Dune house was designed by William Morgan Architects in Atlantic Beach, Florida, USA and is in the Hobbit house style. When viewed from the beach the house takes on the appearance of two grass hills with eyes (the windows). The home is actually two apartments with a grass room.

Finally, worth a mention is the Landed Home. This isn’t a home that can be lived in - it’s an art installation. But it is worth taking a look at. 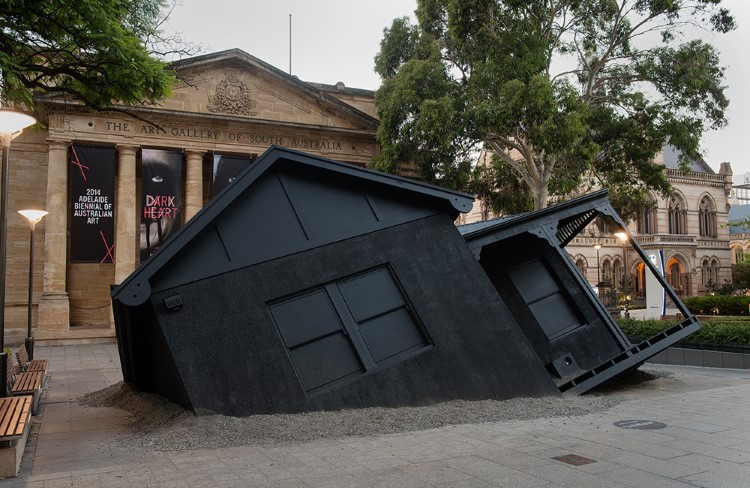 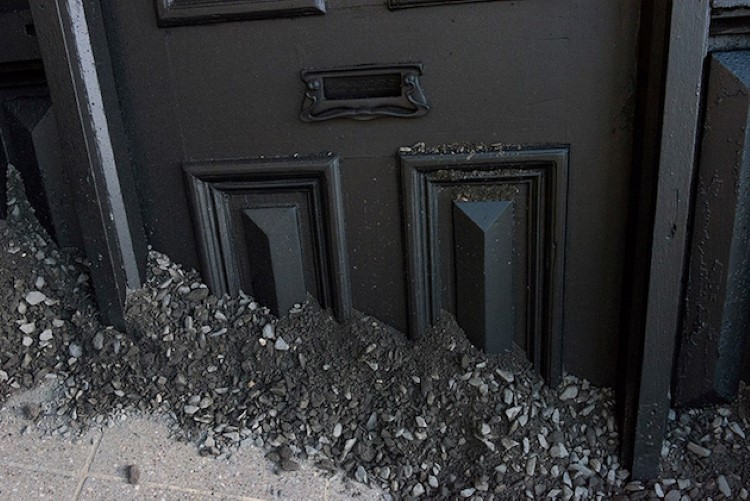 We have mentioned the Landed Home as there is the wow factor of coming across a normal object that is set in an abnormal setting. The latest piece of art from Ian Strange is certainly this and came about for the 2014 Adelaide Biennial of Australian Art. The house is sitting outside a museum and it looks as though it has just fallen from the sky and has crashed landed into the pavement. The paint work makes a big statement as it is all matte black, but what makes it even more interesting is the debris and shards, along with fine details, that surround the house where it has seemingly embedded itself into the sidewalk.