5 of The World’s Greatest Feats of Engineering

Here are some of the greatest feats of engineering that we think are worth a mention.

Around the globe, there are many feats of engineering that make people stand back in awe. From the Palm Islands in Dubai, built of islands that had to be constructed from rock and sandstone to stepping out onto an oval glass ring above the Grand Canyon. These are just a couple of amazing constructions found around the world and here are some of the greatest feats of engineering that we think are worth a mention.

The Burj Khalifa was completed January 4, 2010, and it is not only the world’s tallest building, standing at 828 meters, it is also the tallest free-standing structure. There were many obstacles to overcome when designing and building the structure, one of which was high winds. Due to issues with strong winds the structure underwent more than 40 wind tunnel tests. These were undertaken not only on the building itself but also on the cranes that were being used in the construction. 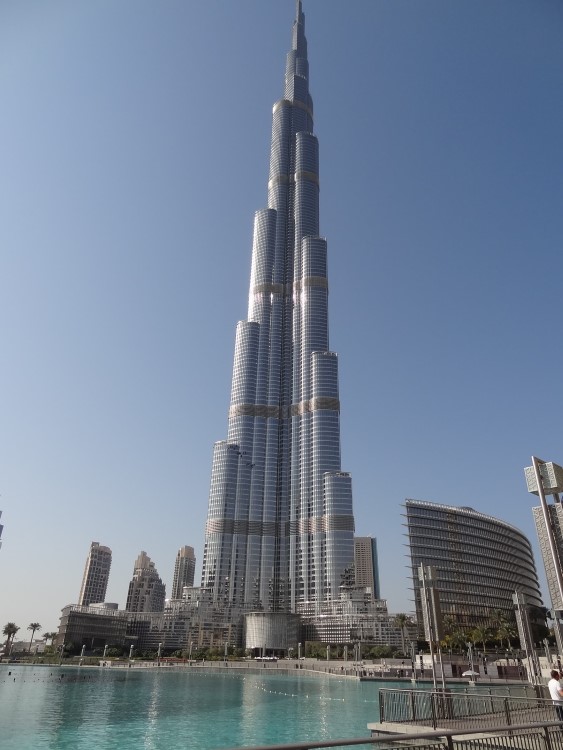 The Skywalk is a horseshoe walk that was completed March 28, 2007, and was the idea of David Jin, a businessman from Las Vegas, who discussed the project with the Hualapai tribe. He dreamed up a walkway of glass that stretched out over the Grand Canyon in a half circuit. The Skywalk can hold a total weight of 71 million pounds, which would equate to around 71 fully loaded 747 aircrafts. The walkway is 1,219 meters above the Colorado River and extends 21m from the cliff edge. 83,000 pounds of glass was used in the construction along with one million pounds of steel. The whole thing was constructed on site and drilling for the project took over a year from start to finish. 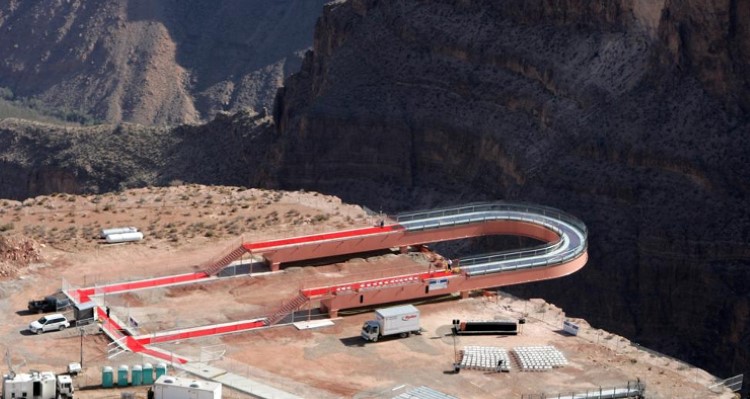 The Millau Viaduct was completed on 16 December 2004 and is the highest road bridge deck in the whole of Europe. The viaduct is located 270 meters above the Tarn River at the highest point of the viaduct and it is the tallest bridge in the world; as the viaduct is 342 meters it comes in higher than the Eiffel Tower. The viaduct offers passage between Paris and Spain and helps to ease the congestion. It has a lifespan of around 120 years and cost a total of 320 million Euros to build. 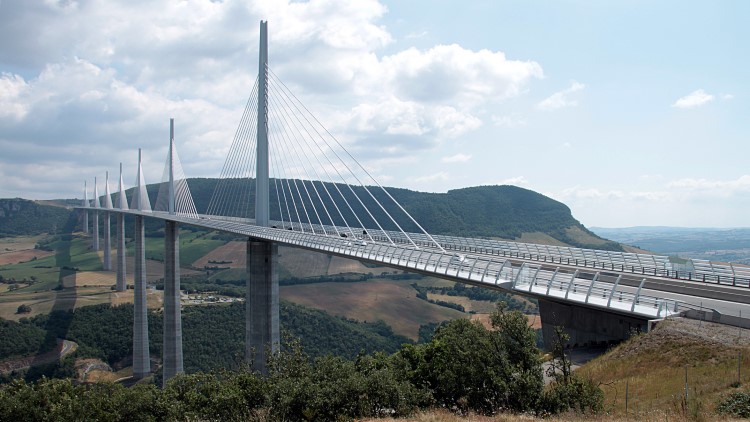 The Kansai Airport in Osaka, Japan was completed in 1994 at a cost of $20 billion and was the first ever airport to be built on an island that was created artificially. Being one of the most crowded cities in Japan, a new airport was needed in Osaka, so engineers found a solution by making an island measuring 4 kilometers by 2.5 kilometers. It took them three years to build and involved more than 10,000 workers along with 80 ships to excavate the 21 million cubic meters of the landfill. It has been one of the most expensive civil engineering projects in the world. 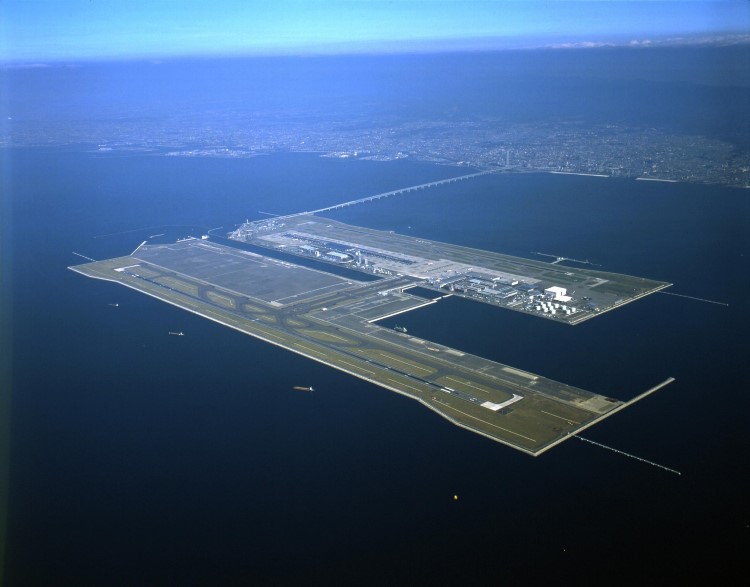