Just 10% of tech startups succeed, so what separates the unicorns from the herd?

Inventor Thomas Edison once famously said: “I have learned fifty thousand ways it cannot be done and therefore I am fifty thousand times nearer the final successful experiment.” These days many tech industry experts are taking a leaf from Edison's book and embracing this philosophy of "failing fast" in order to finally win.

Common Silicon Valley wisdom says that most founders' light bulb moments are far more likely to burn out than become the next Uber. So the fact that failure is a prerequisite for eventual success should be welcome news for aspiring technopreneurs. 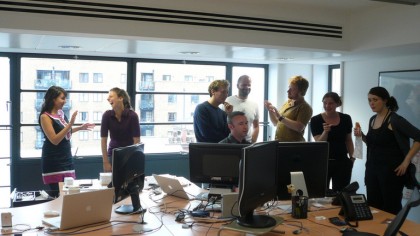 How to set up your own business in 10 easy steps

Of course, the real value comes in learning from your fails—or preferably from someone else's—and using that knowledge to inform future plans.

"Understanding and appreciating these reasons of failure is crucial, especially for virgin entrepreneurs who are looking to dip their feet in this vibrant ecosystem," the Entrepreneur article continues. "Being an entrepreneur provides the flexibility of changing course and learning from past mistakes."

Here are five reasons an overwhelming majority of startups fail and one crucial ingredient in startup success.

Everyone knows that without enough cash a business enterprise is doomed. But there are a number of areas where startups can get tripped up on this seemingly simple piece of the puzzle. The first hurdle: successfully navigating the minefield of securing startup investment. This not only involves creating an effective financial plan—something innovative tech entrepreneurs may or may not have past experience doing—but also managing day-to-day operations costs effectively.

That said, money isn't everything—even for startups. A survey conducted by "tech market intelligence platform" CB Insights with over 200 tech companies that tanked revealed that startups usually fail within two years of hitting the $1.3 million dollar mark in financing.

Becoming a unicorn—a tech startup valued at $1 billion—is the dream of most founders. But if it doesn't happen fast, it may not happen at all. Insufficient momentum to sustain growth can keep new firms from securing the funding needed to sustain the next phase of their business lifecycle. And angel investors' eyes aren't the only ones companies need to catch. Startups that fly too far under the radar run the risk of being invisible to customers, too, a recipe for losing market share to competitors, warns Entrepreneur magazine.

"The problem is that when aggressive growth isn't part of the plan, someone else will bypass you quickly and potentially render your business obsolete. Or at least less relevant."

3. Growing up too fast

That said, many startups suffer from the same syndrome as a lot of teenagers: they want to grow up too fast. And according to Entrepreneur, "rapid growth ... does come with a distinct set of obstacles."

One such obstacle: the temptation to overlook the boring parts of business—sales channel development, managing cash flow, daily operations. Founders geeked out about their product or innovation are highly susceptible to this, and fledgling companies often lack the organizational checks and balances to keep it from becoming a serious problem.

To learn more about the dangers of scaling up too fast, check out this video interview with Ryan Blair, the rags-to-riches serial entrepreneur and current CEO of wellness company, ViSalus.

4. No market for the product

Putting a product or service out there before doing establishing that there is indeed a market for it seems like a rookie mistake. But as the late, great Steve Jobs once opined: “A lot of times, people don’t know what they want until you show it to them.”

Sadly, while every founder hopes their idea will turn out to be the next best thing since the iPhone, the reality is a little more mundane.

"Not every start-up is going to ... launch a revolutionary idea that takes the world by storm. In fact, most won't. Most successful start-ups find a way to reinvent something that's already out there," said Inc. in a 2016 article. Savvy founders will keep this in mind, stay humble and ramp up their market research.

5. Working in a silo

One of the biggest pitfalls for new startups is what organizational theorists term the "silo mentality." Basically, everyone is so focused on the idea, the product, their work, all to the complete exclusion of the outside world. This can make them miss out what customers are telling them and turn out a user-unfriendly product, or a service whose price isn't at all sympathetic to the market. As one CB Insights survey respondent wrote:

“Ultimately I believe [our product] lacked too much core game compulsion to drive enthusiastic mass adoption. The concept ... was too abstruse for the bulk of folks to take up. Looking back I believe we needed to clear the decks, swallow our pride, and make something that was easier to have fun with, within the first few moments of interaction."

Finally, those operating within a startup silo might also be blissfully unaware of trends and competition in their market space. In fact, lack of knowledge about competitors was a pitfall reported by nearly one-fifth of participants in the same survey.

"Despite the platitudes that startups shouldn’t pay attention to the competition, the reality is that once an idea gets hot or gets market validation, there may be many entrants in a space. And while obsessing over the competition is not healthy, ignoring them was also a recipe for failure ..."

Ninety percent of tech startups may fail. But that also means that one out of every ten wins. So what's the key to their success? To explore that question, Bill Gross, founder of the tech incubator, Idealab, decided to take a deep dive into the stories of the more than one hundred Idealab graduates, some successful, some not.

At first, Gross believed that ideas were the secret sauce. But after analyzing the data, he found that ideas, while high on the list, were not the most important factor by far. Same with funding, business planning and teams. Ultimately, Gross determined that timing was the determining factor in the success of industry titans like Airbnb, Uber and YouTube, as well as the failure of other startups like Z.com. Wait, what is Z.com? Exactly.