Beware clumsy food eaters, the 5-second rule isn't true. Bacteria latch on to food  almost instantaneously, so it isn't necessarily safe to eat. For those of you unaware, the 5-second-rule states that if you drop food on the ground, you have 5 seconds to pick it up before it is infected with dangerous bacteria.

A team of researchers from Rutgers University tested out the widely held belief on a number of surfaces, like stainless steel, ceramic tile, and carpet. Foods were also selected that presented a variety of textures. Then, the team methodologically dropped food on bacteria covered surfaces, leaving them for various amounts of time.

128 individual test scenarios were carried out, all replicated 20 times. This amount of testing was completed to guarantee accurate and substantial results. 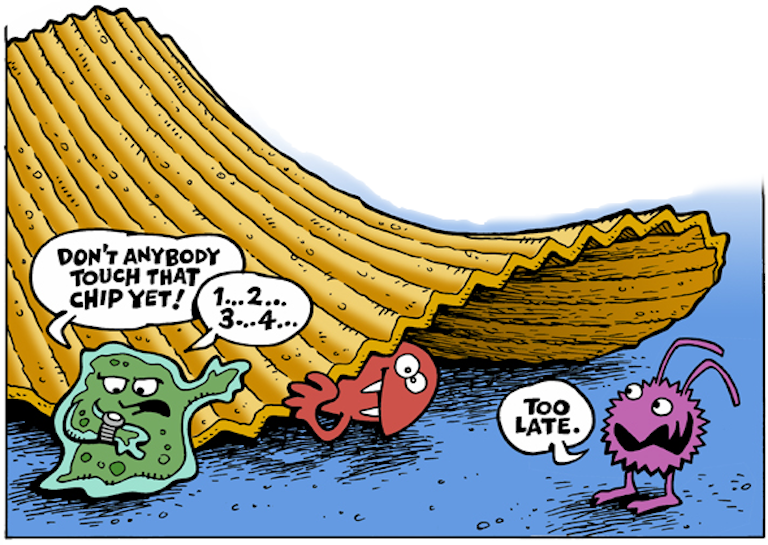 As the team collected and analyzed their data, they found that the biggest factor for bacteria absorbtion was the amount of moisture present on the dropped food, according to Science Alert. The second most important factor was the texture of the surface the food was dropped on, followed by the time left on the surface.

The team found that even food picked up after 1 second had enough bacteria on it to be considered contaminated. The result is only amplified when foods are sticky or wet.

The 5-second rule has been debunked before, but this team from Rutgers has only further cemented its falsehood into urban myth history.