5 Sectors That Have the Most to Gain From 3D Printing

3D printing leads the way toward a more innovative future. Here are some areas of life that are seeing a lot more benefit from 3D printers than others.

By  Shelby Rogers
Sep 20, 2017
3D Printing of all scales can contribute to revolutionary changes. Pixabay

Recently, a company in San Francisco announced it could 3D print an entire house in just 24 hours. The startup called Apis Cor used a mobile 3D printer to build a 400-square-foot house in the middle of a Russian town. While 3D printing isn't necessarily a new invention, the developments of additive manufacturing continue to wow us and show a future that may be more efficient. It could even be able to solve large-scale problems. So where are some of the areas that 3D printing can provide innovation? Here are five of the biggest sectors that have the most to gain from 3D printing.

It's more than printing a house in 24 hours. 3D printing and small-scale additive manufacturing can save thousands of dollars in expenses while catering to a homeowner's particular need. Prefabrication also saves valuable time and labor costs on a construction project. Earlier this year, a group of Australian architects, robotics designers and engineers collaborated on a 3D printed tree house. Some architects want to continually scale up that technology for multi-story buildings. Imagine some of the most architecturally diverse buildings across the world all made within a couple of weeks from a 3D printer; it could change the future of “grand designs” forever.

In 2014, the food world got a glimpse of what could come with the promise of 3D printing. The Foodini machine combined 3D printing technology and beloved food staples like pizza, pasta, and burgers. The Barcelona-based startup claimed consistently that their food printing technology might take a decade or so to get going, so we'll have to wait and see if the technology truly takes off. The BeeHex 3D printer treated the NASA astronauts to a delicious pizza courtesy of its printing technology. Ultimately, this technology could help resolve hunger epidemics and food shortages throughout the world.

The impact 3D printing could make in surgery is magnificent. Many universities are using 3D printers to reproduce accurate anatomical structures to study from, giving every student the opportunity to learn first hand. 3D printers could also print out anatomical replacements needed for surgery, which would have a significant impact on surgical procedures going forward.

3D printing in transportation is already in process with many prototypes in the making as we speak. It helps design cars and is set to transform the way cars are produced across the globe, from design to development. Not only will they be able to save hours of time off creating prototypes, but it may be able to create cars that are more efficient, economical and environmentally friendly.

3D printing can give those countries with plentiful resources but lacking a technological infrastructure a chance at making innovations that could revolutionize their lifestyles. At the moment, 3D printers are often too expensive for them to invest in. However, prices of 3D printers are dropping as the technology becomes more ubiquitous. 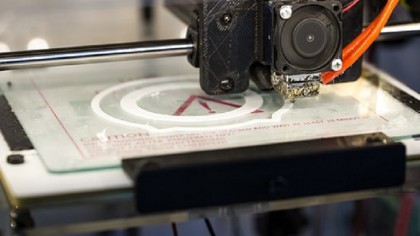 The biggest drawback at the moment with 3D printing is the expense of the machine itself, and of course, the training required to successfully create something. However, as the use, and reproduction of these machines becomes more common, we could see an overturn in our world´s current operations with this innovative breakthrough.

Want to see what other innovations are on the rise -- especially in the areas of home improvement?