Here are some of the most promising technological developments to manage and treat diabetes.

Over 371 million people are affected by diabetes worldwide. Diabetes is a chronic disease which is caused due to improper functioning of the pancreas which is responsible for the production of insulin hormone.

SEE ALSO: THREE CUPS OF COFFEE A DAY COULD KEEP TYPE 2 DIABETES AWAY

Insulin allows glucose in our blood to enter the cells in our body to be used for energy. Diabetes occurs when our body produces less or no insulin. There are two main types of diabetes – Type 1 and Type 2.

A Dangerous Level of Blood Sugar

Hyperglycemia can be acute or chronic. Acute hyperglycemia will only last for some time, and it can result due to a meal with high carbohydrate content, stress, or any other illness.

However, chronic hyperglycemia is long-term and is often caused as a result of undiagnosed diabetes. It is very dangerous as long-term elevated blood glucose generates a toxic effect on the body’s tissues.

Is There A Cure for Diabetes Type 2?

Type 2 Diabetes has affected over 30 million Americans and is considered as the seventh leading cause of death. However, Type 2 Diabetes can be reversed by taking appropriate measures.

In 2015, researchers from Newcastle University have found that a low-calorie diet can reduce the fat levels in pancreas and liver, which in turn leads to normal insulin production.

Further research is already underway to find out if this reversal is permanent or can be made permanent.

With the improvement in technology, there are subsequent improvements in the methods and techniques in the medical field as well. There are countless studies being carried out today to find out new methods to manage diabetes with the changing technology.

The American Diabetes Association (ADA)  provides general treatment goals and guidelines to measure the quality of care for diabetes. This standard of care treatment is annually updated by the members of the ADA committee to ensure better treatment.

Earlier in diabetes, the blood glucose concentration was monitored using disposable biosensors. This was done by a blood test which required only a drop of blood — placing it on a glucose test strip which was then used to find the results. 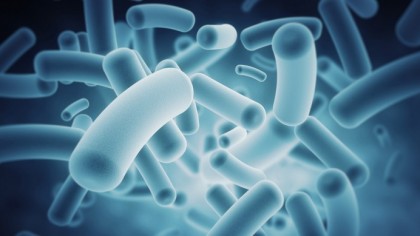 Later on, many alternative methods were developed for continuous glucose monitoring. These include devices which are skin wearable, having a small needle with a sensor to check glucose in interstitial fluid, etc.

Recently, the technology expanded to hybrid devices which can monitor glucose and deliver insulin accordingly. The idea of automated “closed loop” systems for pairing CGM (Continuous Glucose Monitoring) devices and insulin pumps are considered for diabetes management as a next level.

Companies have come forth with various technology and plans for diabetes management to launch in 2019 including CGM and applications.

Here are some of the promising technologies we may see this year to diagnose and manage diabetes better:

Unlike traditional insulin pumps, smart insulin pumps take the guesswork out of the equation and make all the necessary calculations to assist with insulin dosing. The degree of smartness is increasing rapidly with advancements in technology.

Today, there are insulin pumps that collect data on multiple levels to avoid insulin overdose.

The X2 insulin pump is one such device. This product is developed by Tandem Diabetes Care Inc. and is intended to infuse drugs into the patient.

It has an automated drug dosing system that enables the drug delivery commands to receive, execute and confirm. It can be used alone as well as with other medical devices for drug delivery.

The company is in the process of releasing a mobile app which will connect to the slim X2 insulin pump through Bluetooth and monitor the status of the pumps on a smartphone.

Glucagon is a treatment for severe hypoglycemia or very low blood sugar. Two new versions of this treatment have been found out to help diabetes patients.

One version is the “puff-up-your-nose” which was created by a researcher named Eli Lilly for quick boosting of blood sugar. It is dry nasal powder glucagon which was found effective and reviewed in both Europe and the US.

The other version is a glucagon emergency pen developed by Xeris Pharmaceuticals. This pen is a room temperature stable liquid glucagon placed in an auto-injector which does not require any preparation or mixing.

There is a significant development taking place in replacing the traditional insulin delivery systems and Omnipod is one of them. Omnipod is a waterproof insulin pump which was approved in mid-2018.

The device is Bluetooth enabled and has a touchscreen with a personal diabetes manager (PDM), similar to an Android phone.

This small device can be positioned in areas where insulin shots are usually taken and can be worn up for up to 72 hours. What makes Omnipod different from traditional insulin delivery systems is it requires no tubing and can be connected wirelessly to the PDM.

It’s the first device with a heightened security protocol system.

Diabetes management systems play a vital role in managing this chronic disease. With technologies like IoT, these devices are now getting even better in terms of accuracy and precision.

Medtronic, the world’s largest medical device company is putting significant efforts in this direction. In 2019, the company is expected to show improvements in the Minimed 670G hybrid closed loop.

Medtronic has decided to stop the manufacturing of older pumps and to develop newer and better devices. The Guardian Connect CGM System is an attempt in this direction.

This new system comprises of a wearable sensor and two mobile apps that altogether provide complete diabetes management for people on insulin injections.

While the first insulin pen was made available back in 1985, the newer, smart insulin pen is another technological advancement that helps in recording insulin doses automatically. Preloaded with insulin, these smart insulin pens logs the time, amount and kind of insulin you’ve injected and reminds you to take the right dose at the right time.

InPen from Companion Medical is one such device that comes with a companion smartphone app and a bolus advisor that works through Bluetooth technology and is now available to the US users. There are other similar devices such as Esysta and Gocap that would be released soon to the market this year.