Dubai has opened the doors for positioning itself globally in the area of self-driving cars with the delivery of 50 Tesla vehicles for its taxi fleet.

Tesla signed a historic agreement with Dubai and the United Arab Emirates to supply the first of a series of vehicles with ‘fully self-driving-capability’ to Dubai’s taxi company.

The first 50 of a larger fleet were delivered, which will be used at the local airport. This comes a few months after Tesla CEO Elon Musk announced the launch of the S/X vehicles. Dubai originally purchased 200 vehicles following the deal it brokered with the company.

The countries in the region are determined to be world leaders in the sponsorship and integration of self-driving technology, “coordinat[ing] with the concerned parties to provide the needed infrastructure to ensure the operation of these vehicles, including the provision of 13 electric recharging stations,” said HH Sheikh Ahmed bin Saeed Al Maktoum, President of Dubai Civil Aviation Authority, Chairman of Dubai Airports, Chairman and Chief Executive of Emirates Airline & Group, and Chairman of Dubai Supreme Council of Energy. In fact, this is part of a larger 2030 target set by the Dubai Future Foundation to have 25% of their cars autonomous.

The cars feature the latest in Autopilot hardware: advanced sensor coverage, and increased processing power. Director-General and Chairman of the Board of Executive Directors of the Roads & Transport Authority (RTA) Mattar Al Tayer said of the specs of the cars:

“Tesla vehicles procured by the RTA of Models (S) and (X) are equipped with the hardware needed for full self-driving capability at a safety level greater than that of a human driver. Tesla’s Autopilot is designed as a hands-on experience to give drivers more confidence behind the wheel, increase their safety on the road, and make highway driving more enjoyable by reducing the driver’s workload.”

The cars boast a higher level of safety than taxis with a driver, offering greater visibility thanks to technology including among other features eight surround view cameras and forward-facing radar. The use of the data processing tools is what makes this difference. More importantly, the car easily determines the optimum speed, and adjusts accordingly, changing lanes and moving seamlessly.

It will take some time, however, for the demands and the technology of the car to work together. In the near future, the company envisions the implementation of a taxi ordering feature and the use of the first group of self-driving cars. Until this happens drivers working in Dubai can use the cars and benefit from the above-mentioned features. 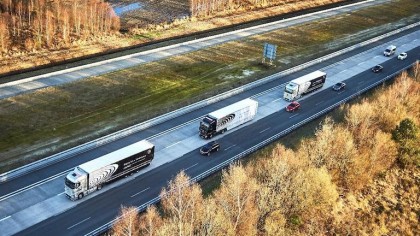 With this announcement comes another big development in the difficult task of coordinating human and mechanized labor, quieting more skeptics and encouraging more active engagement in exciting new partnerships. Here, Tesla and Dubai are demonstrating a vision of a product which enhances, not eliminates, the vital importance of human labor: a footprint for the future is being created.