The Focke-Wulf 190 was one of the greatest fighters of WW2. Could there be 50 or so buried in Turkey?

For anyone who likes World War II aircraft, the Focke-Wulf 190 series was, without doubt, one of the greatest planes of the period. But could there be 50 buried at an old airbase in Turkey? Turkish researchers believe so.

There had long been rumors of the possibility of buried 190's somewhere in Turkey. The story goes that just over 70 Focke-Wulf 190's were exchanged for raw materials during the height of the Second World War.

At this time in the Young Turkish Republic's history, they were intent on staying neutral. Turkey needed to pursue a very delicate foreign policy indeed or fear being dragged into the conflict. Per an agreement in 1941, Turkey had agreed to 'sell' Nazi Germany iron and chrome and receive fighter aircraft as payment. 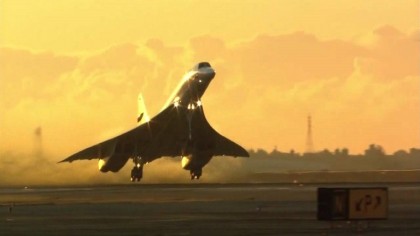 The fighters were received by the Turkish Republic in around 1942-43. 50 of these planes were later dismantled, wrapped in oil-soaked cloth and carefully buried at Kayseri where, at the time, a major airbase was located.

The export order of the FW 190A-3s was completed between July 1942 and March 1943. The aircraft remained in service until 1949 when they were retired because of lack of spare parts.

Turkey would eventually side with the Allies and aircraft would quickly become the subject of negotiations.

Recently declassified documents point to an agreement between the United States post-war would dictate the future for the Focke-Wolfs. It seems Ankara and Washington had signed an agreement for the trade of surplus American planes in around 1947.

As part of this agreement, any German-made aircraft in Turkey's arsenal was to be unceremoniously destroyed. As a result, the group of fighters apparently "disappeared" from Turkey's inventory and were, apparently, buried rather than destroyed.

These kind of claims are not unprecedented. In recent years, researchers have also claimed to have located hordes of buried P-40s and Spitfires.

The Focke-Wulf 190 was one the Luftwaffe's greatest fighters of WW2. With an impressive 1600 horsepower 801C engine powering a three blade propeller the FW-190A had a top speed of around 388 MPH.

The aircraft had a wide-track, retractable landing gear at the forward part of its fuselage. This landing gear offered fantastic stability for on the ground and most importantly made landings much safer for pilots.

The cockpit had a bubble-style plexiglass canopy that offered the pilot great visibility in all directions. The FW-190 was actually built in a modular fashion making it easy and quick to repair and replace parts in the filed.

Each FW-190 was armed with four rifler-caliber machine guns. Two of these were placed in the engine cowling and the others on wing roots.

When it made its first appearance in September of 1941, the FW-190 was unleashed on the unsuspecting pilots of the RAF. It was more than a match for the Spitfire Mark V of the time. It was soon noticed that its armament was less than adequate. Upgrades quickly followed.

The FW-190 would prove to be a great aerial superiority fighter until it was challenged by later Allied fighters like the Spitfire Mark IX.

The FW-190A-2 had its machine guns replaced with belt-fed 20mm cannons. Some other A-2's would also have two extra cannons added outboard on the wings.

Later models would even have the smaller engines replaced with Junkers Jumo 213 bomber engines for increased power and speed. The airframe needed to be extended to counterbalance the increased engine size in B plus model FWs.

The fighters are to be exhumed

The old airfield at Kayseri is today a defunct airport and currently used as a military headquarters.  This site is believed to be the home to the 50 fighters that were actually buried not destroyed as agreed with the U.S.

The existence of these aircraft is disputed by aviation experts, but it is a tantalizing prospect. Experts believe that claims about burying single-seater fighters en masse in improbable. What is more likely is that the aircraft were decommissioned and sold for scrap.

Uluhan Hasdal, who is an amateur aviation historian, believes the case for the buried fighters it justified. He points to results of a metal detector survey that lends credence to the claim.

Hasdal amongst others hope that they are still there, buried, wrapped in sheets and perfectly preserved.

Hasdal and other researchers had pressed the government to recover the planes and had been delayed by Turkish administrative red-tape and the recent coup. It is, however, hoped that the excavation work can begin in earnest very soon.

Uluhan Hasdal believes that if true, the planes should still be, more or less, operable. Focke-Wulf's were designed to endure corrosion and so long as the burial was conducted effectively they should be in near perfect condition.

Nejat Çuhadaroğlu, founder of Hisart Museum, hopes to exhibit the Focke-Wulf 190's in his museum. He has also been responsible for holding talks with army officials for the excavations.

If true this will be a momentous find for WW2 airplane enthusiasts. 50+ perfectly preserved Focke-Wulf 190's would be a fantastic boon for all concerned.

To date, there is only a handful of flight worthy Focke-Wulf 190's in the world. Around the world, there is a mix of around 16 static display, flight worthy and under restoration original aircraft.

The addition of this many aircraft to the 'fleet' would significantly increase the opportunity to see them in the air once again.

This recent discovery, if true, would significantly add to the number of original WW2 Focke-Wulf 190's. Let's hope the team gets permission to dig soon.

Here's how double glazing units are made in a factory