The town has been put in a state of emergency and residents are fearful of going outside.

In what may be the latest effects of climate change, 52 hungry polar bears have been spotted roaming around a Russian town called Belushya Guba located in Novaya Zemlya.

According to The Siberian Times, the town has been put in a state of emergency, but civilians have been told not to shoot the already endangered species.

The advent of the bears has caused quite some panic with citizens claiming they are ‘afraid to go outside’ and that their ‘daily life is in turmoil.’ According to the BBC, there have been cases of bears attacking people and even entering buildings.

Local administration head Vigansha Musin said in an official press release that he has never experienced such an extreme invasion before. "I've been on Novaya Zemlya since 1983. There's never been such a mass invasion of polar bears."

Now, the authorities are scrambling to deal with the polar bears in a way that guarantees both their safety and that of the citizens. Hunting the bears is not only banned in Russia, the country's nature conservancy agency, Rosprirodnadzor, has reminded the citizen's that they can not shoot the animals.

Instead, the agency has said it will catch the wild animals, put them to sleep and remove them from the settlements.

People have begun uploading their encounters with the bears which are quite frankly scary to watch. The bears seem to show no fear and have a brazen almost aggressive attitude. 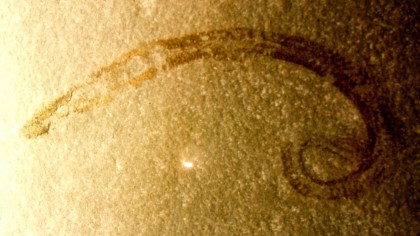 Siberian Worms Buried in Arctic Permafrost for 42,000 Years Come Back to Life

According to deputy head of the local administration Aleksandr Minayev, the large accumulation of polar bears has been seen from December 2018. The town has now been put in a continuous state of emergency.

Although the story has caught the attention of media and made for a few laughs, it is important to note that these encounters are indeed dangerous and that they might continue to become more frequent.

As global warming continues to shrink Arctic sea ice, it is only natural that its local wildlife will seek food elsewhere causing havoc wherever they go.

9 Myths about the Frozen Continent of Antarctica