MOOCS or Massive Open Online Courses give you access to higher education for free! There are more than 8000 courses available in subjects ranging from humanities to mathematics.

Pondering the idea of a career change or would just like to get back into reading literature? Then now is the chance as more than 800 universities around the world offer their courses for free! The courses are called MOOCs or Massive Open Online Courses and you can join one today. 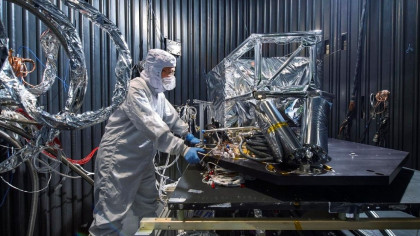 There are now more than 8000 courses available for students to enroll in, covering topics abroad as computer science to ancient Italian literature. In the last three months alone, an additional 200 universities have offered new courses. The best place to start looking for a course that suits you is over at Class Central. The site centralizes all the courses and you can search by subject as well as the language the course is offered in.

MOOCs have been evolving since 2008

The term MOOC was first used by Dave Cormier in 2008 of the University of Prince Edward Island about a course called Connectivism and Connective Knowledge (CCK08). The course was attended by 25 tuition-paying students as well as more than 2200 online students who paid nothing. The course was delivered in a dynamic mode with threaded discussions and participatory collaborative tools. While MOOCs provide an exciting opportunity for many people who could otherwise not afford the money or the time to enroll in higher education, critics of the program say that less than ten percent of people are completing their chosen courses. This may be due to the course requiring more time than the participants originally thought, or a lack of motivation to continue once enrolled.

The huge surge in tech positions has opened up many independent education options for those seeking to get into the tech world. Organisations like General Assembly (GA) offer courses in ‘today’s most in-demand skills’ such as UX design, web development, data analysis and design. GA offers short intensive courses that give you the skills to make a fast career change. This type of education is becoming hugely popular in the United States where recent data shows that on average a college degree in the United States will cost about $30,000 USD per academic year . A huge financial burden to the average American with most people carrying their education debts with them for decades after they graduate.

Musk says 'college degree not for everyone'

People looking for alternatives to a traditional college education is supported in part by the trend among the startup culture to measure success not through degree programs but rather through achievements. When Elon Musk, the founder of PayPal, was asked about his recruitment process, he responded, “I ask them to tell me the story of their career, what are some of the tougher problems they dealt with…and how they made decisions at key transition points. That’s usually enough for me to get a very good gut feel about someone. What I’m really looking for is evidence of exceptional ability. There’s no need even to have a college degree. If you look at Bill Gates, Larry Ellison, Steve Jobs…these guys didn’t graduate from college, but if you had a chance to hire them, it would be a good idea.”