Shareholders express their displeasure at the Facebook founder's handling of the various controversies.

This week, 68% of Facebook shareholders voted to remove Mark Zuckerberg as chairman of the company.

Investors Vote to Oust Zuckerberg as Chairman of Facebook

More than two-thirds of the shareholders for Facebook have voted to remove Mark Zuckerberg as the chairman of the company's board of directors this week, Yahoo Finance is reporting, increasing the pressure on the Facebook CEO to devolve some of his power over the direction of the company to an independent leader.

Zuckerberg retains a controlling stake in the company due to the class of stock that he possesses as Facebook's founder, granting his vote ten times the weight of regular shareholders.

Still, the vote against him is increasing over time. In 2017, a similar vote only garnered 50% of the vote among shareholders.

Placed on the agenda at Facebook's annual shareholder meeting by Trillium Asset Management, which owns about $7 million in Facebook stock, the proposal comes in direct response to the recent slew of controversies around the social media company's privacy and data protection policies.

“What we are seeing right now is really a quite deep well of concern of the concentration of power in one individual like we see with Mark Zuckerberg,” Jonas Krone, Trillium Asset Management's Senior Vice President, told Yahoo Finance’s YFi PM. “This is a shareholder proposal that in 2017 got 50% of the vote. Obviously, a lot has happened over the last two years and seeing that vote jump to 68% is a big message for the board and for Mark Zuckerberg personally.”

The vote comes at a time when the company faces unprecedented challenges and scrutiny over it's collection and storage of its users' personal data, including recent revelations over improper storage of user passwords on company servers.

These and other controversies are at the heart of an expected record-setting fine that the US Federal Trade Commission is reportedly getting ready to levy against the company, amounting to several billion dollars, and growing calls to open up anti-trust investigations into Facebook and other large tech companies such as Google.

While the vote won't change anything in the short term, Trilium Asset Management hopes that the vote serves as a wake-up call for the company. 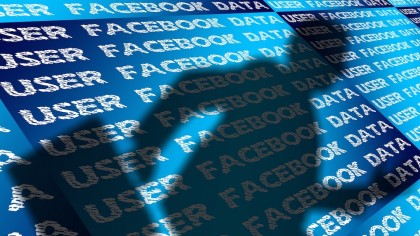 "There are a lot of different kinds of investors in Facebook right now,” Krone added. “Some of them are investors that could be selling out, but there are a lot of investors that are not in the position to do that. Facebook is in the indexes so they are going to have to own Facebook. For those investors, this is the only way they have to act and communicate on behalf of their clients, shareholders and beneficiaries.”

WhatsApp Has Blocked the Taliban's Helpline