Looking for an upgrade for your bike in 2019? Try out one these impressive electric bikes.

Maybe it is time to upgrade your bike? Bikes themselves are some of the World’s most popular forms of transportation. Right now there are well over 2 billion bikes around the world and by 2050 that number could reach as high as 5 billion by 2050.  And why not? Bikes are a convenient, healthy, cheap and eco-friendly way to get from point A to B.

Interestingly, more than 50% of people actually know how to ride a bike, using them at least a few times a week. However, the bike market is beginning to change. Electric bikes have seen a huge rise in popularity with no indication of slowing down.

Electric bikes all have their different features and tech, but most of them have been created with the same engineering in mind. Most electric bikes have an electric motor built into the hub of the back or front wheel, powering the bike to accelerate. The acceleration is usually controlled by some trigger on the handlebars of the bike. 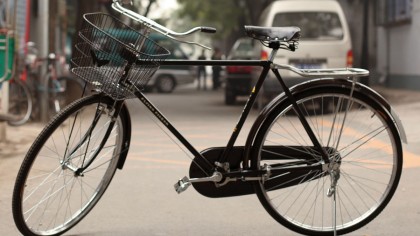 Electric bikes or e-bikes are even more efficient and easy to use way to get around the city; a cousin to the motorcycle without all the danger. If you are looking to upgrade your traditional bike with an electric bike than this list is for you.

Here are some of the coolest electric bikes on the market; the perfect way to start off your 2019.

Probably one of the coolest bikes on this list, the Audi e-bike has a futuristic design that is sure to turn a few heads. Since the 1.2 billion dollar purchase of Ducati, Audi has been venturing into the world of two-wheel motorsport bikes.

Besides its stand out design, the Audi e-bike is a little different from some of the more traditional e-bikes on this list. Rather than have the motor on the rear wheel, the bike has the motor placed on the center allowing for more power and control through the gear system. The e-bike's carbon fiber body only weighs around  4lbs  but with a 2.3kW electric motor and lithium ion battery the bike's total weight is 24lbs (11kg).

Maybe you need something a little more convenient? The X1 Explorer Foldable E-Bike may be the bike for you. The foldable device is a long-range e-bike that even features GPS tracking. With its eco-friendly design, the X1 can fit just about anywhere and can be easily transported.

The zero-emission X1 can reach impressive speeds of up to 19 mph; perfect for when you need to get to the office, take care of errands, or simply visit a friend.

This bike is perfect if you like to take trips off road into the open range of nature. Perfect for the outdoorsy type, the Levo FSR Electric Mountain E-Bike has a host of features that make it a great vehicle for mountain trails.

The 530 watts of power allow for the bike to handle a wide range of terrain thrown at it. Features like the swappable rechargeable batteries, an energy saving mode, and the short chainstays make it one of the most versatile entries on this list.

The Skillion Max Classic combines a lot of the great features from the other bikes on this list and combines them into one e-bike. The versatile e-bike can handle a wide range of terrains with ease and is a great e-bike for those who want something for city life and the countryside.

The Skillion Max is 48 volts and can take on more than 38 miles on full charges. Including things like disk brakes as well as a front real-time feedback display, the bike has five power levels to help assist those on tough terrain.

The Lopifit looks more like a scooter than a bike. Nevertheless, the vehicle has a host of features that make it a unique way to get around the city with ease. Just at a glance, the bike combines the ideas of treadmills and e-bike tech into one device.

Like a treadmill on wheels, the bike gives you a workout similar to any walking gym equipment but with the unique ability to actually travel whilst doing it. Similar to any other e-bike the Lopifit has a motor to help assist users in getting up hilly terrain or just needing a push, after all, that walking.

The B52 Momber is built for performance and speed. With its minimal but sleek design, this e-bike has more in common with most motorcycles than it does with some of the e-bikes on this list. With its silent acceleration, the e-bike operates at a top speed of 50 mph and hit an impressive range of 60 miles after one charge.

With its stats, the Stealth B52 electric bike is easily one of the most powerful bikes on the list. Some of the features on the e-bike include a nine-speed gear shift system that offers enhanced performance over all manner of terrain and an economy mode.

If you are looking for something less flashy and more conservative, try out the Pendleton Somerby electric bike. A great bike for beginners this electronic bike looks like any normal bike but has an electric motor for those who need an extra push on their commutes throughout the city; “the perfect city bike”.

What type of e-bike would you like and with what type of features? Leave your comments below.

5 Functional electric bikes for kids to unravel their inner rider