7 Beautiful Castles Being Reconstructed to Their Former Glory

Have you ever visited a historic site and have wondered what the area looked like back in the day?

If you were to sit back right now and imagine the Middle Ages, what type of imagery would come to mind? Perhaps you picture knights, kings, and queens? Or maybe you imagine major historical battles like the Battle of Fontenoy or the Battle of Hastings? If you are really having fun, you might throw in a few dragons and mythical creatures. Nevertheless, there is one thing that your fantasy/historic Middle Age world definitely includes... castles.

There is something special about castles. Easily one of the most popular types of historic sites in the world, castles embody history, engineering, architecture, and even a little bit of adventure. Some of pop culture’s best fantasy/middle ages shows and movies feature or also center around castles.

How would one define a castle? In short, a castle is a fortified structure built during the Middle Ages predominantly by the nobility or royalty and by military orders. Fortified structures have played an essential role in human history, dating back well over 2,000 years. However, the castles you know and love today and that you see across Europe was not introduced until 1066. After the successful Norman Invasion into England, concluding after the Battle of Hastings, the Normans made England their home.

As a way to maintain control over the newly conquered territory, the leader of the Norman Army, William the Conqueror had castles constructed around England. However, these castles were not necessarily the most durable means of protection as the early castles were constructed of wood and dirt. King William quickly learned that this would not work as these castles would be vulnerable to fire, and the wood would eventually rot over time. He would then go on to order that the timber castles should be replaced with stone castles, and the rest is history. 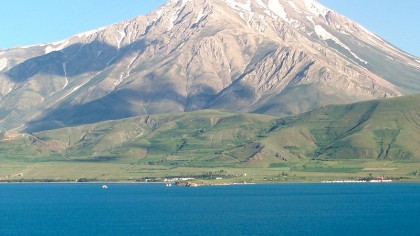 Traveling the European countryside and even at the center of some major cities, you will find a wide range of castles architectural styles, each with their own unique story. Over the centuries, the castle evolved from simply military fortifications used to defend conquered territories from attack to symbols of power and wealth, taking on various roles that include government administration, and even justice. At their peak, castles became synonymous with power. This idea has made its way throughout history; unfortunately, not every castle has survived the test of time.

Yet, the creative minds at Simply Savvy have used the power of technology to bring to back life some of the most unique ruined castles across Europe. Collaborating with a team of designers and architects, they have helped bring back some castles to their former glory.

In its prime, this château was a true medieval masterpiece. Strategically situated on the chalk cliff in the region, the castle was built relatively quickly by the enigmatic Richard the Lionheart between 1196 and 1198 for defense against Philip II of France. It is believed that the castle was constructed to guard his Norman treasures and the nearby Norman capital of Rouen from Phillip II. Now, if you were to visit Château Gaillard now, it would be nothing but ruins as battles and time have caused the castle to deteriorate with Henry IV of France eventually demolishing it.

Thanks to the Simply Savvy team, you can get a historically accurate glimpse of the concentric fortification and machicolation in castle design. For the uninitiated, Machicolation refers to the various floor openings in battlements scattered around. If you were dumb enough to try to lay siege to this castle, the defenders would drop boiling oil or even rocks on their attackers through these openings.

The next entry on our list indeed looks like something directly out of a medieval or fantasy epic. The Spiš Castle covers a massive four-hectare area making it one of the world’s largest castle complexes. Built nearly 900 years ago, in the 12th century on the site of an earlier castle, the Spiš Castle served as an important economic, political, and even cultural center for the Hungarian Kingdom. Many Hungarian kings and families owned the castle over the centuries.

With the Spis castle being g a Unesco listed site, the castle itself draws tourists from all over the world. Even more so, the castle was featured in multiple blockbuster films like Dragonheart or The Last Legion. Looking at the rendering, you can see why. The Spiš Castle almost feels oddly nostalgic.

If the Spiš Castle looks and feels like your dream fantasy castle, then the Poenari Castle, or Poenari Fortress, has the historic feats to make your list. Also strategically placed on a cliff, the Poenari Castle was constructed at the beginning of the 13th century by the first Walachian rulers, changing names with each new owner. Just to reach the castle ruins, one needs to climb over 1,400 steps. Vlad Tepes owned Poenari Castle, or you may know him as Vlad the Impaler, the notorious historical figure that is said to have been the inspiration for Dracula. He even used the castle to escape into the surroundings when attacked by the Turks. Poenari Castle was built into the rock of the cliff with Vlad eventually building extra towers for defense. Hopefully, Dracula is not still running around the castle.

Built between 1260 and 1264 on the orders of the Czech king Ottokar II of Bohemia, the castle was strategically placed in the location. Samobor Castle was to act as the intersection of routes in this corner of the Sava valley and the medieval town of Samobor. However, things didn't work out for the king as he eventually lost the castle to Croatian-Hungarian forces. Throughout its history, the castle has passed through various families, as well as Croatian and Hungarian Kings. The castle itself sat 220 meters above ground and was a stone fortress built on solid rock. The current ruins are only about a 10 minutes walk from the Sambor city center.

Dunnottar Castle is one of those castles you would need during a zombie apocalypse. The cliff fortress was once the home of the powerful Earls Marischal family. The rock on which the fortress sits is old, about 440 million years old to be exact, features a bedrock with boulders up to 1m across. The surrounding area has a rich history that goes back all the way to the 3rd century. The castle itself even played a vital role in the tensions between the English and the Scottish. It was even referenced the movie Braveheart. Most famously, Dunnottar Castle is where a small garrison held out against the might of Cromwell’s army for eight-month, saving the Scottish Crown Jewels.

The surrounding of Menlo Castle looks like something directly out of a fairytale. The picturesque 16th-century castle has a very long and rich history. The castle itself stayed in the Blake Family from 1600 to 1910, with members of the family living there all those years. One of the richest families in the area, the Blake family, played a vital role in the community, putting on festivals for the residents. There was a lot of mystery and folklore surrounding the castle with family members claiming that at night fairies would appear in the nearby field, dancing, and singing. Unfortunately, the castle eventually burned down in 1910.

Originally built around 1306, Olsztyn Castle was eventually expanded by Casimir the Great between 1349-59 as a way to defend against the Czech forces. The castle was again renovated in the 16th century, adding a “Renaissance style.” Sadly, it was the Swedes who would eventually bring the castle down in the 17th century, taking the castle apart to provide material for a new church in town. Fortunately, if you were to visit the castle now, you can still see the original gothic tower.

Castles offer us fun insight into history. You have probably been to the ruins of some historical site, only to wonder what it was like in its prime. We want to thank Simply Savvy for making this list possible.

Most Interesting and Absurd Reactions to Facebook Being Down