A look back at 7 films that refused to compromise when it came to the science.

The art of telling a good story in itself is a difficult task. Throw some complicated but fascinating science into the mix, and the stakes can get pretty high. Rarely, a film comes along that manages to succeed and so we want to celebrate 7 films that absolutely got the science right.

Stanley Kubrick was well known for his dedication to seeing his vision through, no matter how difficult a task it might be. When that task was adapting Arthur C. Clarke’s 2001: A Space Odyssey for the screen, he found Clarke had a vision powerful enough to match his own and threw himself at the challenge. The result is widely acknowledged as one of the greatest science fiction films of all time.

At the time, the typical Hollywood space opera didn’t mind breaking every scientific rule they came across, if they even understood the rule in the first place, and that still remains the case today.

What sets Kubrick’s film apart even today was Kubrick’s determination to get the science right. He made sure that scenes set in outer space were dead silent as it is in real life. The space voyagers in 2001 spend several boring months doing very little, something Kubrick draws out in the film to great effect. But more than anything, the spaceship they journeyed in was Kubrick’s greatest accomplishment in the film.

Costing nearly a million dollars to build in 1966, the set he built for the ship was built to spin, demonstrating the centrifugal force the voyagers used to simulate gravity on their ship, something few outside of NASA had given much thought to—and scientists since have praised Kubrick’s for his attention to detail.

In the 1990’s, the yearly arrival of the summer disaster films was as predictable as the equinox. Such was the case in 1998 when not one, but two films were released where Earth was threatened by an impact event from space, something that does happen every dozen million years or so.

Deep Impact might have received less attention than its blockbuster counterpart, but according to Neil deGrasse Tyson, Deep Impact is the only film he could think of where he found nothing to dispute as far as the science goes.

And he is not alone in that assessment. Upon release, David Morrison, one of NASA’s top impact threat specialists, praised its understanding of the science and its depiction of the catastrophic impact of a piece of comet smacking into the Atlantic ocean. Also impressed was Sandia National Laboratories in New Mexico, who had used a supercomputer to model the effects of a comet impact on Earth.

Micheal Crichton was the prolific author of some wildly speculative novels during his life, but he before he would go on to become a best-selling writer, he was studying to become a doctor at Harvard Medical School. What he learned of medicine informed much of what he wrote, including his break-out hit about an alien pathogen from outer space threatening to drive humanity extinct.

When Robert Wise was adapting the novel two years after it was published, he wanted to be as true to the science as he could, even if it hurt. “There is a scene where they are trying to figure out how big the microbe is that they are dealing with. From modern eyes, it ends up being a very slow, boring scene, but that is because it is realistic,” according to David Kirby, author of Lab Coats in Hollywood: Science, Scientists, and Cinema, “The science in it is accurate. They are experimenting, but it doesn’t make for very gripping cinema.”

Based on the novel by Andy Weir, The Martian has received glowing praise since it’s release in 2015, with Calla Cofield of Space.com calling it, “one of the most realistic space exploration movies that's ever graced the silver screen.”

What made The Martian so appealing for scientists? The screenwriter, Drew Goddard thinks he knows. Having grown up in Los Alamos, New Mexico in the shadow of one of the most famous scientific laboratories in the world, he knew more than his share of physicists.

“It wasn't just about the technical stuff being right," he says, "I don't want to say it's the 'easy part,' but we can look that stuff up. The tricky part is getting the way [scientists] talk, and that is usually what I find that Hollywood films get wrong.”

Finding Nemo, the beloved animated film from Pixar studios, might not seem at first look like a film that had to get anything right. It features a cast of talking fish, turtles, a shark, and the funniest flock of seagulls you’re going to find, so nobody would have noticed if they hadn’t done their homework when it came to marine biology.

The people at Pixar take this stuff very seriously, so much so that when a consulting Marine Biologist pointed out that they had animated extensive shots of coral reef full of animated seaweed that can’t grow at the same temperature as coral.

Since the two cannot naturally be found together, remarkably, the animators went back and reanimated all of the shots to remove the offending seaweed they had spent hundreds, if not thousands, of hours crafting.

Had they done nothing, its certain that almost no one in the audience would have caught that kind of subtle mistake, but Pixar’s commitment to accurately depicting the lush marine landscape of our oceans makes Finding Nemo that much more impressive.

Written by the late, great Carl Sagan, the novel Contact was always going to get the science correct with regard to the search for extraterrestrial intelligence; it was written by one of its pioneers. But the film was released a year after Sagan’s death and could easily have strayed from its source material without much pushback. 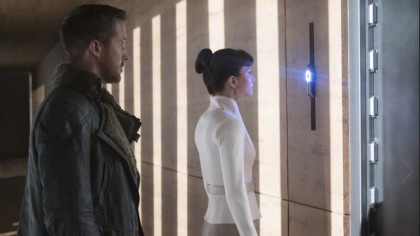 5 Films That Made Astoundingly Accurate Predictions About Future Technology

Instead, the filmmakers doubled down on honoring the late astrophysicist and creator of the beloved Cosmos program that inspired a generation of scientists.

The inciting incident of the film comes when Ellie, an astronomer who is hunting the stars for radio signals from alien civilizations, hears the long-awaited signal while.

What follows is a frenzy of activity among a small group of scientists who look dumbfounded that there actually might be something out there after all: acronyms are tossed out like verbs, computer screens spring to life with data, and Ellie’s call to Australia to have a second pair of ears officially confirm the signal are, according to astronomers, exactly what would happen should the call from beyond ever come.

In order to do this, he enlisted Caltech physicist Kip Thorne as an advisor on the film from the very beginning, building the script and story with constant input about what was possible and how.

As a result, the stunning set pieces like Gargantua, a super-massive black hole with a visually stunning accretion disc, and the journey through a wormhole connecting distant galaxies is as real as it gets and the film is that much more impressive for the effort.