List of some of the revolutionary materials developed by the researchers this year that varies from biomaterials to advanced new industrial ones that could improve our lives.

We, humans, are always on the path of inventions and innovations. In addition to building new technologies and machines, the invention of new materials greatly influences the future of products and their manufacturing processes. Wondering what are the best materials invented in 2018? Here they are!

Wood Sponge – the greener way to clean up oceans!

Now, this is a material with a weird name, but that all will be justified when you learn more about it. The Wood Sponge is a new material developed by turning wood into a stripped down version of itself by treating with chemicals.

The process results in the removal of hemicellulose and lignin, which leaves with a body of cellulose.

The reason why the Wood Sponge tops our list is that of its area of application – to absorb oil from water. Oil and chemical spillage has resulted in unprecedented damage to water bodies all around the world, and we have been looking for more efficient ways to combat it.

The research team led by Xiaoqing Wang wanted to develop a new absorbent from renewable material, hence wood. The result is a sponge that can absorb 16-46 times its own weight.

Also, it can be reused up to 10 times by squeezing out the absorbed oil. This new sponge surpasses all other sponges or absorbents we use today in terms of capacity, quality, and reusability.

The strongest bio-material – stronger than steel and its biodegradable!

The strongest biomaterial known to man was the Spider silk, which is pound to pound stronger than steel. Many types of research have made to either replicate this material on a large scale or even surpass the spider silk in terms of strength, but they weren’t able to recreate such a material.

However, recent research conducted by Daniel Söderberg from the KTH Royal Institute of Technology in Stockholm might have broken the mold.

The team of researchers has invented a new material that can be touted as the strongest biomaterial ever produced. The best part of this material is that even though it is artificial, it is biodegradable.

Hence, it can be used as a great alternative to plastic and other non-degradable objects.

The material is made from cellulose nanofibers that are sourced from wood and plant body. The final structure has a tensile stiffness of 86 gigapascals (GPa) and a tensile strength of 1.57 GPa.

In other words, the new material is 8 times stiffer than a silk spider web.

The self-healing material - it does it without external stimulant!

It is a self-healing material is a polymer that can heal itself by using carbon in the air. The invention is from MIT chemical engineers. The materials can not only repair but can also grow or strengthen from taking in carbon from the atmosphere. The technology resembles how plants take in carbon dioxide to grow tissues and become stronger.

A material that can absorb carbon from the atmosphere as an obvious advantage when we consider its ecological impact.

According to the researcher, this is the first carbon fixing material to exist outside of biological beings.

Researchers and scientists have been chasing the dream of building the strongest material ever because of its obvious application in engineering and research. Since metals have a definite strength, we started making our own combination called Alloys, and different mixes of metals gave different results.

Now the engineers at Sandia National Laboratories have come up with a new alloy that is said to be the strongest alloy ever.

It is made up of a combination of gold and platinum. The resultant material is 100 times more wear resistance than high strength steel. This certification places the new allow in the same class as diamond. The alloy is made from 10% percent gold and 90% Platinum.

The material does not meet diamond in hardness, but when it comes to abrasion resistance, this new material can do it better than other alloys, even at high temperatures, without no considerable fatigue.

Silicon X – better than the original!

However, conventional silicon doesn’t come without a few drawbacks. The largest one being that it can not be used in batteries. In theory, Silicon can provide vast improvements to the battery if it’s used as the cathode. However, the problem is that if it is used in that way, the cathode will break during the charging cycle.

The new Silicon X developed by IFE is a modified version is that includes a mixture of silicon nanoparticles and other nanoparticles of a different substance. The matrix ensures that the silicon doesn’t break away during charging.

Batteries developed with Silicon X will have 3-6 time the capacity of graphene batteries that we use today.

Indefinitely recyclable plastics – making a case for future of plastics

Plastics have been very useful materials for us, but the overuse of it now threatens the existence of many species around the world. The problem is that many plastics are either not biodegradable or non-recyclable.

As such these plastic objects will exist as waste within the world without any use.

However, Chemists at Colorado State University have developed a new polymer that can be recycled indefinitely while maintaining the properties of plastic.

The developmental team led by Eugene Chen, professor in the Department of Chemistry is now in the process of perfecting it in order to take it mainstream.

Glass coating that can block sunlight

The modern office spaces can be defined as beautiful glass houses. But this has a problem, as glass tends to let in heat from the sun more readily, increasing the impact on air conditioning systems. 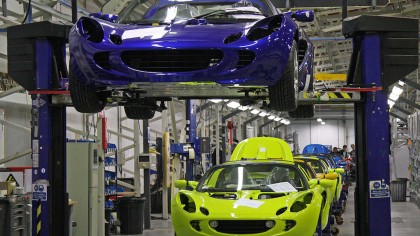 This New Material Can Transform the Car Manufacturing Industry

There are sun-blocking glasses that tint the glass using electricity, but again, it has an impact on the overall electricity cost. A new type of coating developed by scientists at the RMIT, Australia, can solve all that as it can regulate the glass transparency by itself – Vanadium dioxide.

For temperatures above 67ºC, this clear coating will turn into a reflective metal-like finish that reflects sunlight.

2018 sure racked up to be a great time for inventions and innovation. The major trend now is the greater emphasis on going green, and this is great for everyone! It also shows why it’s important to pay respect to the hardworking individuals behind each of these inventions.