7 of The Most Famous Scientific Hoaxes of All Time

These 7 scientific hoaxes show that even the scientific process can be duped at times.

Sometimes even the scientific method with its peer-review process can get fooled. These famous scientific hoaxes are proof positive of that.

Whilst the vast majority of scientific studies, articles and journals have very strict review processes, even they are not immune from 'dropping the ball' from time to time.

Trust us when we say there are many other examples out there, but these are some of our favorites.

1. Piltdown man was a huge fake

One of the most famous scientific hoaxes of all time was the famous Piltdown Man. Between 1911 and 1912 several skull and jaw fragments were found in England. 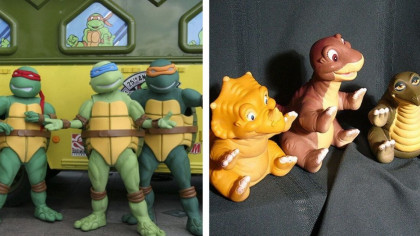 7 Brilliant 90s Cartoons Which Made Us Science and Tech Lovers

These were purported to be a 'missing link' between humans and apes and the find was given credence for many years. As more and more specimens began to appear in Africa rather than Europe, the claims appeared to be a little strange, to say the least.

In 1953, Time magazine officially declared Piltdown Man as a fake after collecting various evidence to support their claim. For example, chemical analysis of the bone fragments showed they were less than 500,000 years old - much too early for a 'missing link'.

An in-depth investigation later showed that someone had cobbled together a medieval human skull, the jaw of an orangutan and some filed down chimpanzee teeth to construct the fake.

2. The Mechanical Turk fooled everyone

Back in the 1770s, a mechanical 'robot' was unveiled, much to the surprise of anyone who saw it. Called the Mechanical Turk, it was developed by the 18th Century inventor Wolfgang von Kempelen.

The machine consisted of a mannequin, dressed in Turkish robes and turban, that sat behind a large cabinet with a chessboard on top. When in action, the automaton was able to defeat player after player including Benjamin Franklin and Napoleon Bonaparte.

But, as it turned out, the machine was not some advanced form of an autonomous robot. Whilst many were in awe of it at the time, there were some who suspected foul play.

Theories included a concealed child operating the device inside the cabinet, a dwarf or even a highly-trained monkey. But the cabinet was actually cleverly constructed to enable a full grown adult to operate the mannequin using magnets and string.

3. Archaeoraptor was another massive hoax

Back in the 1990s, another supposed missing link was unearthed in China. The fossil, called Archaeoraptor, was purported to be a missing link between dinosaurs and birds.

The specimen was never actually authenticated in a scientific paper, and all the peer review rigor that accompanies that, but it made waves in the media.

Most notably appearing in a 1999 National Geographic article. But closer examination showed that everything was not as it seemed.

The fossil appeared to actually be a cobbled together collection of the tail and hind limbs of a small therapod dinosaur Microraptor zhaoianus, with the rest from an ancient bird called Yanornis martinini.

It later turned out that a Chinese farmer had glued the different specimens together to try to make some money. Needless to say, the hoax rocked public opinion on the apparent connection between birds and dinosaurs.

Another interesting scientific hoax was unveiled in 2002. Many news organizations, at the time, were issuing 'scientific' proof that blonde-haired humans were slowly becoming extinct.

The claims were backed up by a WHO report that predicted the gene for natural blonde hair would be weeded out by 2202.

Sounds plausible. But there was a slight problem, WHO had never conducted the research in the first place.

"WHO has no knowledge of how these news reports originated but would like to stress that we have no opinion on the future existence of blondes," they definitively said at the time.

Other scientists were also quick to highlight that genes don't just 'die out'. Plus there is also no single gene that codes for light-colored hair in humans.

The Cardiff Giant is one of America's most famous scientific hoaxes. Back in 1869 workers apparently uncovered a giant petrified body in a new well in New York.

Whilst experts at the time were highly suspicious of it, this didn't stop the 'find' making the news. It became so popular that some offered to pay hefty sums to acquire it.

After one offer, for $60,000, was rejected by the giant's owner, P. T. Barnum (a famous showman) decided to create a replica and display that instead. A lawsuit quickly followed, but it was thrown out of court as the artist couldn't prove the authenticity of his 'fake'.

It turned out that the giant was the handy work of an atheist named George Hull. He had it created as a joke on a fundamentalist minister who believed that the Bible told of giants who roamed the Earth.

6. The Sokal Paper was a prank with a message

Back in 1996, a physicist Alan Sokal had become jaded with the relaxed standards in the scientific journal review process. In order to make a point, and hopefully wake the industry up, he decided to completely fabricate a study.

He selected a progressive humanities journal, Social Text, as his first target. Alan wrote a paper filled with complete nonsense entitled "Transgressing the Boundaries: Towards a Transformative Hermeneutics of Quantum Gravity".

The subject of the work was to argue that quantum gravity had a liberal bias.

Much to his astonishment, the paper was published in the journal with no apparent problem whatsoever - despite being complete nonsense.

After revealing what he had done, the community was completely shocked. Review standards were improved shortly after but authors still test them from time to time.

7. The link between vaccines and autism

You may, or may not, recognize the name Andrew Wakefield. Back in 1998, he wrote a paper that claimed to have found a link between the MMR vaccine and autism.

It was published in the Lancet, a top medical journal, and was believed by many. And it is still used to support the current anti-vaccine movement today.

As it turned out, Andrew had faked most of his research and even included reams of fake data to support his claim. His deceit was quickly uncovered, and The Lancet withdrew the article.

But the damage had already been done. Today some diseases like whooping cough and measles have made a come back in the population after being virtually eradicated thanks to vaccines.