There are many myths about Steve Jobs that simply won't die. These are but seven of them.

Steve Jobs was a truly visionary man by anyone's reckoning. But there are several myths about Steve Jobs that just won't go away.

From being paid a measly $1 salary by Apple to his deep-seated enmity for Microsoft's Bill Gates, there are many myths about Steve Jobs that are still as strong today as they were during his life.

Many who knew him will attest to how he vehemently kept his private life separate from his public persona. This stance would often result in a mystique about the man and lend some apparent credibility to those myths.

Whatever the case, here are seven examples of Steve Jobs myths that just aren't true. As far as we can tell anyway...

1. Jobs was a massive bully at work

Amongst many of the myths about Steve Jobs, this one is probably one of the more persistent. The story goes that he was a harsh taskmaster who often bullied or cajoled his staff into doing his bidding.

Whilst it would have been necessary for him to take a hard line at times, he was the CEO after all, it seems this one is a bit of myth. Many who knew Steve attest to the fact that he was something of a perfectionist.

He would often focus on the finer details or a matter, often to the point of obsession (or so it seemed to others). This meant that if something didn't pass muster it wouldn't get his approval.

Steve wasn't shy in expressing his opinion on things and it wasn't uncommon for him to prematurely close meetings if he felt something was wrong with the project in question.

His management style would often go against the grain for many employees who might have felt personally slighted at the time. But it appears any run-ins with Steve were never meant to be personal.

2. Steve Jobs had no sense of humor and was very serious all the time

This myth tends to tie in with myth number one above. Whilst being in the driving seat of a mega-corporation like Apple is no picnic, it seems he was very funny - in his own way.

The co-author, Brent Schlender, of Becoming Steve Jobs in an interview with Management Today, revealed the man's more private side. After interviewing Steve regularly for many years, the co-author became very familiar with Steve in a more informal setting.

It seems Steve Jobs had quite the cutting sense of humor.

"Steve was very funny, in an acerbic way. One day when I came to interview him, I wore a batik print shirt from Indonesia covered with a geometric pattern of large red blossoms that were black in the center. When I walked into the conference room where he was waiting for me, he took one look at me and quipped: 'Hi Brent. I see you survived the firing squad.'"

Like all persistent myths about Steve Jobs, this one is sort of half-true. Steve Jobs was, for a time, one of the richest men in the world.

You don't get to accumulate that kind of wealth by earning only $1. In truth, Apple preferred to reward its high-level staff with a mixture of performance-related bonuses and slow-invest stock over time.

This allowed them to retain a lot of their talent for a long time and is a practice adopted by many tech companies around the world. For example, John Mackey (the CEO of Whole Foods Market) and Eric Schmidt (former CEO of Google), both made base salaries of $1 in 2008.

Steve was rewarded in 2000 by Apple for recent computer sales with an $88 million private jet. As of April 2011, Steve had accumulated around 5.6 million in Apple shares and was the 136th richest person in the world according to Forbes in 2010.

Whilst his salary would have been minimal, his share ownership would have netted him a tidy sum in income from dividend payments throughout his time at Apple too. Whether he re-invested them or not is unknown.

You might have heard this one before. The story goes that Steve Jobs and Bill Gates were bitter tech rivals who spent every minute of everyday plotting to destroy the success of the other.

Whilst Apple and Microsoft were technically speaking competitors (and still are), there was never any personal enmity between the two men. Any public spats between the two should be thought of as more of constructive criticism between peers than personal attacks on one another.

In fact, you can argue that the two men inspired the other to be the best they could. Microsoft and Apple might not be the two companies they are today without their apparent rivalry.

Both men would often express their high level of respect for the other in interviews. Bill has even been quoted as saying that Steve is one of the few people who actually inspired him as a visionary.

Bill even wrote Steve after learning he was dying. It serves a final testament to the "frenemy" relationship the two enjoyed as he explained in an interview with the Telegraph.

“There was no peace to make. We were not at war. We made great products, and the competition was always a positive thing. There was no [cause for] forgiveness," Bill said.

5. Jobs was a technological genius

Steve Jobs was a very clever and talented man, this cannot be contested. But was he a technological savant with an almost godlike grip on the cutting edge of technology?

It seems not. According to the co-author of Becoming Steve Jobs, Steve was not a techno-genius.

"Steve didn’t really know that much about digital technology. He was an impresario, who knew how to marshall resources to build beautiful products."

Many who look back on Steve's contributions to the tech industry see him more of a Picasso then an Einstein. Steve's vision was to combine the liberal arts with cutting edge in technology.

For this reason, Apple would often go out of its way to make its products literal pieces of art, not just functional devices.

"I’m one of the few people who understands how producing technology requires initiation and creativity, and how producing something artistic takes real discipline," Steve said.

This is one of the funnier myths about Steve Jobs. The story goes that whilst on vacation in Kyoto, Japan in 2010, he had some issues boarding his personal plane. 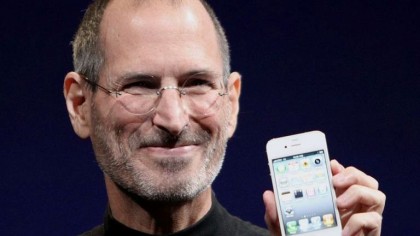 Airport security had found some ninja star souvenirs on his person and wouldn't let him board his own plane with them. This obviously annoyed Steve who vowed to never return to Japan ever again. A great story and one that seems plausible, at least on the surface.

It was further supported by claims of interviews from the staff at Kansai Airport by Bloomberg at the time. The same report indicated that private jet passengers do not have a separate boarding area, further supporting the notion that attempting to carry ninja stars through security would be a big no, no.

But this is, sadly, actually a myth - it never happened. As much as we'd all love it to be the case.

Apple would later confirm this in a public statement:-

"Steve did visit Japan this summer for a vacation in Kyoto, but the incidents described at the airport are pure fiction. Steve had a great time and hopes to visit Japan again soon."

Such a shame, this was a great one.

7. Steve Jobs took all the credit, all of the time

If you have ever watched any films about the life and times of Apple, you might be forgiven for thinking he was a massive narcissist who took all the credit for Apple's success. In many scenes, he is depicted acting like a god in front of swooning crowds at tech launches and the like.

In the Steve Jobs film, for example, there is a scene where Apple co-founder Steve Wozniak, is caught in a heated scene with Jobs asking him to acknowledge the Apple II team during his keynote address.

In reality, Wozniak has often spoken very highly of Job's pride and admiration for the Apple team behind him. According to Wozniak "he was behind Jobs and the products at each introduction" and "would never even talk to a friend that way."