7 Reasons to be Optimistic About the Future

Sometimes, it can be easy to be distrustful or pessimistic about the future. Here are 7 reasons to be optimistic instead.

If you’ve been paying attention the past few years, there’s a lot of concern in the media about the direction of technology and its impacts on our society. Fears about automation, out of control artificial intelligence, human augmentation, and a technological gilded age are all the stuff that you’d normally encounter in a dystopian science fiction story or video game.

Not to mention threats of drone warfare or climate change that haunt us from the background.

But there’s a lot of reasons to be optimistic about the future and our place in it if you’re willing to take a step back from the awful stuff and see the whole picture.

Renewable Energy May Save Us All

For the longest time, very smart people in the energy industry have continued to underestimate the rapid growth and expansion of renewable energy sources, particularly solar and wind power.

The price per kilowatt-hour for these renewable energy sources continues to fall faster than anyone could have predicted, meaning that many of the worst-case scenarios for climate change might need updating as the world might find itself moving more quickly from fossil fuels to renewable energy than most people realize.

As solar panels and wind turbines get cheaper, much of the developing world, where a lot of the projected growth in carbon emissions will come from, may find it cheaper and more accessible to use renewable energy sources over fossil fuel alternatives.

Autonomous Vehicles Will Save 1 Million Lives A Year

The coming decade will see a major push from many in the automotive industry to move us toward widespread adoption of fully autonomous vehicles.

There will be hold-outs, those who believe that they pose more of a danger than human drivers. But as more countries begin rolling out autonomous vehicles and integrate them into smart city infrastructure, especially China, the evidence will become irrefutable: autonomous vehicles will save nearly a million lives every year in the decades to come.

These vehicles will also be entirely electric and efficient, and the more of them there are on the road, the stronger and safer our roads will become. 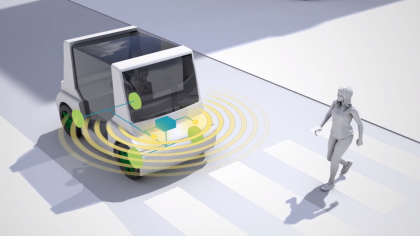 The Future of Urban Mobility Unveiled at CES 2019

Once 5G begins to roll out around the world, the growth of smart infrastructure will lead to the emergence of truly smart cities, cities whose essential infrastructure is managed in real-time by artificial intelligence systems.

These smart cities will efficiently manage traffic patterns, provide faster response times for emergency services, and produce a city that is safer and more interactive in ways we can’t even imagine yet.

So many of the day to day frustrations of modern urban life, like finding parking, getting stuck in traffic, or managing reservations at a restaurant will be eased by a smart city infrastructure that will become more responsive to its citizens in ways it has never been before.

We Will Put an End to Famine Once and For All

Whether it's genetically modified crops, CRISPR edited crops, lab-grown meats, or insect proteins, food production will soon reach a place where we can feed the world’s population and run surpluses.

We won’t need to slaughter animals for food, ending some of the cruelest methods of meat production for good, or even ending animal slaughter completely.

Generations to come may look back on us and see humans at the start of the 21st century as nothing short of barbarians and we should welcome that.

Medicine Will Keep Us Healthy Long Into Our Old Age

I highly doubt that one day we’ll wake up and no longer have to die, but there will come a time that when we do, we’ll probably be in better shape physically than the average person is today.

Communicable diseases will likely continue to be eradicated, and now with CRISPR, the potential for genetically engineered solutions to infections might make all the concerns about antibiotic-resistant bacteria look hysterical in hindsight.

The fight against cancer is looking more promising every year and life expectancy for many is expected to increase in the next few decades.

A New Space Age Is Coming

Since we landed on the moon, mankind hasn’t gone much further than the International Space Station. We talk about Mars a lot but never seem to actually get around to it.

That will all change once the new crop of space-focused companies begins perfecting commercial space exploration.

SpaceX, Virgin Galactic, Blue Horizons, and others have all set their sights on exploiting space for profit, which has been quite an accelerant for opening up new frontiers to explore. Recent plans by several companies like Planetary Resources to begin harvesting near-Earth asteroid for minerals may actually end mineral scarcity as we know it.

Artificial Intelligence Will Put an End to Work

While artificial intelligence systems have a very long way to go before they ever reach human-level intelligence—I’ll leave speculation about an artificial superintelligence for another article—, even what we are seeing in its infancy is stunning.

The biggest fear, other than ourselves becoming obsolete in the face of our robot overlords, is that artificial intelligence will take our jobs. They almost certainly will, but despite the reassurances from business and technology leaders, there’s no reason to think that new jobs will be created after artificial intelligence start doing all of our mental labor.

Instead, we may be actually coming to a point in human history where we no longer need to work at all. Allocation of resources will always be a political concern, but there’s no reason why that political decision needs to be for us to go and find some other work to do or else we'll starve.

We won’t need to starve. Artificial intelligence systems working with robotic labor could produce whatever we need to survive, and with renewable energy do so at a quickly diminishing cost.

Our time may simply become our own to do with it as we see fit. We may still labor, but for enjoyment, rather than subsistence.

People have been anticipating the end of work for a very long time and we just may be the generation who actually achieves it.