7 Scientific Couples Who Changed the Way We See The World

Science is rarely a solitary pursuit, but for these 7 couple it was so much more.

It shouldn’t be any surprise that being cooped up in a lab with someone for hours at a time will evoke some very strong feelings over time. For these 7 couples in particular, science and proximity definitely led to some powerful chemistry.

The romance between the preeminent French philosopher of the Enlightenment, Voltaire, and the French mathematician and physicist, Émilie du Châtelet, couldn’t be more of an Enlightenment affair if it had been written up in a treatise by John Locke.

Émilie, who was in an open marriage throughout the romance, spent her days with Voltaire assembling a library of over 21,000 books, arguing natural philosophy, and dissecting the work of Isaac Newton.

An intellectually productive couple, they produced Elements of the Philosophy of Newton, published under Voltaire’s name but he gives extensive credit to her work in the introduction. Upon her death, Voltaire wrote a friend, "It is not a mistress I have lost but half of myself, a soul for which my soul seems to have been made.”

One of the more famous scientific couples in history Marie-Anne and Antoine Lavoisier were trailblazing scientists who made several major discoveries in chemistry in the 1700s.

Married when Marie-Anne was only 13, the couple used Marie-Anne’s dowry to outfit a full chemistry lab for them to work in. Here, the couple explored the role oxygen played in plant and animal respiration, as well as its role in combustion.

They showed that water was made of oxygen and hydrogen and in the course of their experiments proved the law of the conservation of mass, which says that any chemical reaction cannot change the overall mass of the materials involved, the mass will always be the same from beginning to end.

The Lavoisiers were swept up in the ensuing French Revolution when in 1793, Antoine was arrested and accused of treason. He was executed in 1794, despite Marie-Anne’s efforts to show the importance of Antoine’s work. A year later, a new Republican Government acknowledged their mistake in a letter to Marie-Anne, which was appreciated, surely.

Easily one of the most famous scientists of all time, Marie Curie, born Marie Sklodowska, met her future husband Pierre Curie while working with him in a Paris lab for more than a year in 1894.

When he asked her to marry him, she replied that she couldn’t, as she had to return home to Warsaw after having applied for an academic post at the University of Krakow.

The University rejected Curie, quite likely because of the prejudices of the era, and Pierre convinced her to return to Paris after he detailed the extensive research he was conducting on magnetism.

Intrigued, Curie returned to Paris and began her work on the doctoral thesis on uranium that would result in her discovery of spontaneous radioactivity in 1895.

The couple married that same year, beginning a fruitful collaboration that lasted up until Pierre's untimely death in 1906.

Irene Curie, the daughter of Marie and Pierre Curie, was a brilliant scientist in her own right, taking after her famous mother. At 17, Irene was performing X-rays on wounded soldiers on the front lines of the First World War and after the war, she married her mother’s assistant, Frederic Joliot.

Marie Curie did not approve of the marriage, referring to Frederic as “the man who married Irene” for years after they wed. Curie was concerned that Joliot was simply trying to bank on the name Curie, though she eventually accepted the inevitable and instructed her assistant to be as dutiful a collaborator as Pierre had been for her.

Joliot took the instruction to heart, and together Irene and Frederic won the Nobel Prize for Chemistry in 1935 for their work in the artificial production of radioactive elements.

Gerty and Carl Cori met as undergraduates at the University of Prague and married as soon as they graduated in 1920. Moving to the United States, the Coris began work at the Roswell Park Cancer Institute in Buffalo, New York, where they researched carbohydrate metabolism.

They were particularly interested in how the human body processed glucose, eventually discovering the mechanism by which a derivative of glucose, glycogen, is used by muscle tissue for energy and is then reproduced as a store of energy.

Calling this the Cori Cycle, this discovery would lead to Nobel Committee awarding the couple the Nobel prize for medicine in 1947.

Jerome Karle and Isabella Lugoski met at the University of Michigan in 1940 when they were paired together as lab partners in a physical chemistry class and initially didn’t hit it off.

It was only after the two began to work together did they begin to bond over their shared love of chemistry. Marrying in 1942, both had earned Doctorates in Physical Chemistry and moved to Washington, DC to work at the US Naval Research Laboratory. 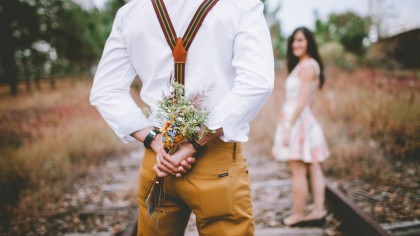 Their different interests in X-ray crystallography, the study of crystals using x-ray diffraction, led to a collaborative relationship, where Jerome would work up the equations that explained how atoms were organized inside molecules while Isabella experimented on these molecules to see if Jerome’s equations were correct.

Together, they developed what is known as the direct method of determining molecular structures, which has been used by scientists to develop new compounds for industry and medicine.

This work earned Jerome the Nobel Prize in 1985—though it snubbed Isabella’s effort which greatly upset Jerome. Isabella apparently was unmoved by the slight, as she already had a distinguished record of awards for her experimental work.

May-Britt and Edvard Moser met while studying psychology at the University of Oslo. Together, in 2001, they reproduced research by John O’Keefe on the body’s internal positioning system that had uncovered the cells near the hippocampus that were essential for our spatial memory and orientation.

The Mosers discovered a second key component of this system, the cells that create a spatial coordinate system in the brain that allows us to precisely position ourselves in a 3D space.

Together, the Mosers and O’Keefe were awarded the Nobel Prize in 2014 for discovering and describing the “internal GPS of the brain.”