7 Things in Our Universe That Have Astronomers Scratching Their Heads

Some of these mysteries could shed more light on some of the greater mysteries in the universe.

Our universe is big, like really big and it is very old. Now, if you were to go back, and we mean all the way back to the big bang that birthed our universe scientists would go on to estimate that the universe is approximately 13.8 billion years old. How did they come up with this number? The European Space Agency's Planck space mission back in 2013 basically “mapped” the universe giving researchers the most detailed look at our Universe that we have ever seen. Using this map, the ESA calculated the age by analyzing the cosmic microwave background.

And, as for the size of the universe? After centuries of speculation, and the use of modern technology researchers have been able to estimate the size of the observable universe, which comes out to the massive number of 93 billion light-years in diameter. This simply means that if you were to travel from one edge of the observable universe to another, at the speed of light, it would take you about 93 billion years to reach your destination. However, this is not the end of the story. 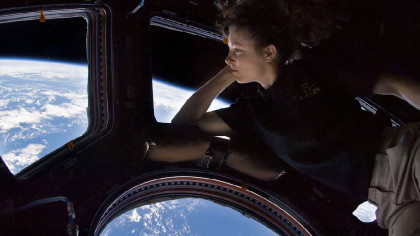 Is It Already Time To Have Laws For Outer Space?

Now thinking about the great beyond is already a sublime experience. As stated by Kartik Sheth, a program scientist at NASA, “Everything that we've learned about the Universe – how big it is, all the amazing objects that are in it – we do that simply by collecting these photons of light that have traveled millions and millions of light-years only to come and die on our detectors, our cameras or radio telescopes.”

"It's rather humbling. Astronomy has taught us that we're not the center of the Universe, we're not even at the center of our Solar System or the center of our galaxy.” However, even these researchers believe this idea of the universe is a little rough. Some have even gone on to say that the overall universe could be 250 times as large as the observable universe or perhaps truly infinite.

So you can agree that the universe is both big and old, but what is out there? Well, the first thing that pops into your mind is aliens. However, in scientific terms, there are even stranger things out there in the massive universe that occasionally have scientists scratching their heads. Today that is what we're going to explore, as some of these strange objects may give us more insight into our universe.

Let’s start with something that you are probably a little familiar with, dark matter. In short, dark matter is composed of particles that do not absorb, reflect, or emit light. It is believed that dark matter makes up about 80% of the matter in our universe and as much a ¼ of its overall density. However, because of its “darkness”, it cannot be detected by observing electromagnetic radiation, or let alone be seen. However, researchers do know that dark matter exists because of the effect it has on objects that we can observe. Understanding dark matter may give scientists more insight into our complex and vast universe.

We are not saying that Oumuamua had anything to do with aliens, but we are not saying that it did not. First spotted by Dr. Robert Weryk, he noticed an odd object zooming through our universe at incredible speeds while using the Pan-STARRS telescope at Haleakalā Observatory, Hawaii. Now Oumuamua is weird for a couple of reasons. First, it is extremely elongated, like an oversized cucumber and could be as big a kilometer long.

Even more so, the object was not affected by the gravitational pull of our sun and that is a bit strange. Researchers have gone on to speculate about this object that entered from another solar system, stating it could be everything from a comet, to an asteroid, to even an alien space probe. The reality is that it is probably something much more natural.

You have probably heard the excitement around Tabby’s star. First discovered by Tabetha Boyajian of Louisiana State University, KIC 846285 is another oddity that we are not too sure about. KIC 846285 does this weird thing that causes the start to dip in brightness occasionally for odd lengths of time and sometimes as much as 22 percent. Now, there are many theories on why this might happen that ranges from a massive and abnormal cloud of dust to an alien megastructure, known as Dyson’s Sphere.

If the physics behind black holes kept you up at night, then mini-black holes might do the same. If the new braneworld theory of gravity is accurate, these little guys are scattered across the universe. The mini-black holes are tiny, about the size of an atomic nucleus. Even more so, the black holes have a tiny lifetime which is about one octillionth of a nanosecond, meaning as soon as they are formed they are destroyed. These mini-black holes affect space-time much more differently than their big brothers and might have some effect on the fifth dimension.

Fast radio bursts, also known as FRBs have scientists scratching their heads. Researchers have been picking up these sudden chirps of radio waves since 2007, and astronomers are still trying to figure out why. Even more so, they are coming from outside the Milky Way or hundreds of millions of light-years away. For these radio waves to even reach out to our planet, they would need to release as much energy in a fraction of a second as the Sun does in 80 years. Who or what could be sending these radio waves?

We have seen Nebula’s in all shapes and sizes but never really in a rectangular shape. The Red Rectangle Nebula is almost perfectly geometric situated in the constellation of Monoceros or about 2,300 light-years away. Researchers are not completely sure what caused its odd shape but they do have some ideas. The shape itself could be due to the fact that two stars sit at the heart of the nebula.

7. A galaxy with no dark matter...but not really

As stated before, dark matter plays a vital role in our understanding of our universe, that’s why our next entry is so odd. The galaxy called NGC1052–DF spotted in March 2018, seems to contain almost no dark energy at all. However, after another study that aimed to disprove dark matter researchers were able to prove that the galaxy does, in fact, have dark matter, but are still not entirely sure.

What odd things do you know about our universe?