7 Ways Music Helps You Be More Creative, Healthy, and Even Loving

We might not know why people enjoy music, but we do know how it affects us.

Why do humans like music? Do humans benefit from listening to it?

It is a bit of a mystery. In fact, humans seem to have an innate musicality. At some point during our evolution, we developed the capacity to understand and derive pleasure from complex musical patterns. What is even more interesting is that this skill seems to be universal. Music has been said by some to be one of the most powerful forces in our world. It can be transformative, healing, therapeutic, and of course, simply just awesome.

Neuroscientist Robert Zatorre ponders this question in this aptly titled article, "Why Do We Love Music?" stating, "On its face, there is no apparent reason why a sequence or pattern of sounds that has no specific propositional meaning should elicit any kind of pleasurable response. Yet music is widely considered amongst our greatest joys. Where does this phenomenon come from?" 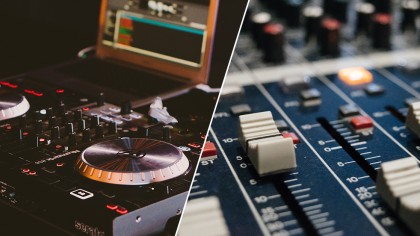 Attempting to answer his own question, he continues by saying, "I believe that music derives its power from an interaction between these two systems, the first of which allows us to analyze sound patterns and make predictions about them, and the second of which evaluates the outcomes of these predictions and generates positive (or negative) emotions depending on whether the expectation was met, not met, or exceeded." While fascinating, this is just one view in a symphony of theories about why humans enjoy a good melody.

Researchers might be struggling to piece together the role of music in our lives. However, there is plenty of research on how it affects our minds and bodies. As you have probably guessed, today we are going to explore just that, looking at a few of the studies that have been conducted so far.

Researchers from Wake Forest Baptist Medical Center, put it succinctly, "It doesn't matter if it's Bach, the Beatles, Brad Paisley or Bruno Mars. Your favorite music likely triggers a similar type of activity in your brain as other people's favorites do in theirs."

1. Ambient noise can help you tap into creativity

Among office spaces and creative studios, there seems to be an intense debate on whether or not music helps people to work. We get it. Few people want to listen to death metal while working. However, moderate ambient noise might be ok. In fact, the right type of noise could help you tap into your creative flow. In a study published in the Journal of Consumer Science, researchers explored the effects of ambient noise on creative cognition.

They found that at somewhere between 39 dB and 44 dB, subjects experienced elevated levels of abstract thinking, compared to that experienced at lower or higher levels of ambient sound. The higher and lower levels tended to distract subjects, and even impair their critical thinking.

"...A moderate (vs. low) level of ambient noise induces processing disfluency, which leads to abstract cognition and consequently enhances creativity. A high level of noise, however, impairs creativity by reducing the extent of information processing", says the research team. Lo-fi playlists, chill classical music, or simple ambient noises can all work, as long as the volume range is kept at that sweet spot of between 39 and 44 dB. Try the AI musician Endel, if you are looking for a cross between ambient and melodic.

2. However, music can be very distracting while driving.

This might sound counterintuitive. Let us explain. Many people associate better driving with having the music on, with some going so far to say that it helps them focus. However, a series of studies between 1998 and 2014 seems to argue otherwise. There are links between music and collisions, but it goes deeper than that.

First, there is little to no evidence supporting that listening to music will keep you alert, or help you to maintain alertness over long driving distances, as mentioned in a study here. In fact, you are better off taking periodic naps or drinking caffeine on your next cross country trip.

In another study, published by a team from the Ben-Gurion University of the Negev in Israel, researchers found that when young or novice drivers play their preferred music, the results tend to be driving violations and episodes of aggressive driving. Researchers looked at 85 young people, with an average age of 17.

These drivers were observed as they traveled along a local route, playing either music of their choice, music chosen by the researchers, or no music. "No music" participants performed better than "music choice listeners". However, there is a bit of good news for our music lovers out there. Music designed for driving by the researchers appeared to increase driver safety.

3. Music training has a host of benefits.

It appears to have a positive impact on the brain. Multiple studies have come to this conclusion, even using it as an arguement for reinvigorating musical programs in schools. But, what exactly is the effect of music learning? Psychological and neuroscientific research has demonstrated that music training in children is associated with overall higher cognitive performance, and can enhance a child's verbal abilities and general reasoning skills.

A study published by the University of St. Andrews demonstrated a correlation between increased motor and reasoning skills among children who had some form of musical training compared to others who did not. Even more so, those who are taught music theory and practice seem to have better over vocabulary and nonverbal reasoning skills, being able to identify relationships or similarities and differences between shapes and patterns.

If you are a Millenial, you probably remember a time when you were encouraged to listen to or practice classical music. In fact, there could be some benefits to listening to these symphonies. A small-scale study demonstrated that people who had suffered from stroke had improved visual attention while listening to classical music. However, the power of classical music does not stop there.

In a study published in the International Journal of Critical Illness and Injury Science in 2012, researchers discovered that intensive-care patients suffering from pain, anxiety, depression, cardiovascular issues, and sleep disturbances, benefited from listening to the classical genre. Those who listened to classical music regularly demonstrated sharper memories, more productivity, and even better social relationships.

5. It will help you reach your fitness goals.

Have you ever tried working out in silence? It feels a little off or weird, doesn't it? There are studies that have shown that music helps you perform better while working out. Studies surrounding fitness and music go all the way back to 1911 when American researcher Leonard Ayres demonstrated that cyclists pedaled faster while listening to music than when cycling in silence. A 2012 study published in Scientific American also confirmed this conclusion. But why?

The theory is that music can help us work out more efficiently by drowning our brains' cries of fatigue. Try using high tempo music to get you going.

6. Your musical preferences are essential.

The study published by researchers from Wake Forest Baptist Medical Center confirmed what many have been saying all along. Music has powerful visible effects on the brain. However, it goes much deeper than that.

"Given that music preferences are uniquely individualized phenomena and that music can vary in acoustic complexity and the presence or absence of lyrics, the consistency of our results was unexpected," says the professor of radiology and vice chairman of research at Wake Forest School of Medicine. "These findings may explain why comparable emotional and mental states can be experienced by people listening to music that differs as widely as Beethoven and Eminem."

7. It can affect how we perceive neutral faces.

Music appears to have a special role in human cognition. Think about it. Research keeps demonstrating the profound effect music has on our lives. What is your all-time favorite song?

For more articles like these, be sure to stop by here.