7 Weird Stars That Have Astronomers Scratching Their Heads

Spread throughout our universe these stars do things that just do not seem to make sense in the scientific community.

It may have become a cliche at this point, but the universe is really big; like inconceivably big. Throughout that vastness astronomers and physicists alike are studying the countless objects that populate space in the hopes of getting a better understanding of both the universe and humanity’s place within it.

One object that is always on astronomers radar is the star. There are 100 billion trillion stars within the observable universe. From the formation of stars to their very violent death, when studied these celestial bodies provide insights into the origins of the universe as well as the potential formation of life.

With all the stars out there, scientists are sure to encounter the occasional black sheep, stars that do some weird things; challenging what astronomers think they know about the universe. Today you are going to take a journey throughout the universe and explore some of the weirdest objects in the universe.

But first here is a little refresher on stars.

In short stars are just giant balls of plasma or hot gas, consisting of hydrogen and helium. Stars are born when the gravitational force of large clouds of cold gas is compressed, heating up to become plasma. 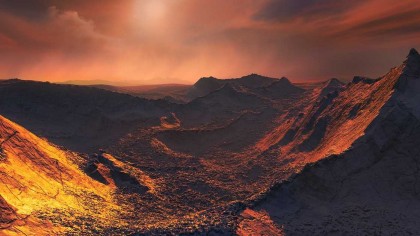 Stars themselves tend to be classified as either dwarf, smaller and less bright than our own sun, or giants, stars that are much bigger brighter than our sun. Coming in so many shapes sizes, researchers occasionally find a few peculiarities.

Every few months or so, astronomers seem to announce the potential existence of intelligent life in the universe. Tabby’s star or KIC 8462852 is a star that behaves so oddly compared to its countless brothers and sisters, astronomers have not ruled out aliens from its weird behavior.

About 1,200 light-years away in the constellation Cygnus, the star itself is 1.4 times the mass of the Sun. Discovered by the planet-hunting Kepler, this star dips in light every so often, and an indication that there might be a plant or some object that is passing in front of the star.

However, this transition object causes the star to dip in light as much as 20 percent, which has astronomers scratching their heads. Though the object could be anything from a large swarm of comets to gas, it has been ruled out that the object is a planet.

Even more so Tabetha S. Boyajian believes that the object that is passing through could be a piece of technology put there to harness the energy of a star. This Dyson Swarm could have been put there from a very intelligent species of aliens. The star is still currently being investigated.

What if you were told there is a star out there, that has another star inside it? This is the curious case of HV 2112. Called a Thorne–Żytkow object, it is a phenomenon that occurs when a neutron star cannibalizes another star in a “hit and run” The massive star, approximately the size of Saturn’s orbit, features another star at its center.

PSR J1719-1438 and its orbiting planet do not behave like anything over here in our cosmic neighborhood. 1438 is a pulsar, basically a dead star that has come back to life born out of the remains of a supernova.

What makes this star so weird is the planet-like object that is orbiting it. Researchers are not even sure that the object is a planet. However, scientists do believe the object could be an extremely dense piece of carbon giving it the name “diamond planet.”

Even weirder, some astronomers believe that the planet-like object could be another dead star. No matter what it is, scientists have yet to come up with an explanation of what exactly is happening here.

The Young and the Destructive: Vega

Vega is a young star that is burning much brighter than it should be. The star itself is oddly shaped like an oval. Astronomers believe that this could be because the star itself is rotating so quickly that it is distorting its shape, almost ripping the star apart.

As you are probably well aware, most stars have some sort of fixed orbit. However, HE 0437-543 does not. This black sheep of a star is traveling throughout the universe at the breakneck speeds of 1,600,000 mph.

A lot younger than the star mentioned above, the 30-million-year-old star is believed to have formed near the center of the Milky Way. However, after a not so pleasant encounter with Sagittarius A, a massive black hole, the star was launched into the vastness of space.

Stars are big already. If you wanted to you could line up 109 Earths back to back across our sun's surface. The diameter of the sun is about 1.392 million km across, while its circumference is about 4,366,813 km. So it is big, so try to picture, if you will, a star the size of an entire solar system.

UY Scuit is massive,  having a volume of 5 billion Suns. If you wanted to, you fit every object in our solar system within this star and still have plenty of room left over. The star is humbling.

23 Atrocious DIY Projects That Will Have You Scratching Your Head