Want some ideas for Engineering Paid and Free Games for Kids? These 8 will certainly pique their interests while also teaching them a thing or two about STEM fields.

Need some clever games to entertain your children while also educating them? Then welcome to this list.

The importance of engineers to our society will only ever increase with time. In fact, in 2015, Forbes listed the top 25 best jobs were in engineering. With the growth in AI and automation, you might be thinking (or even panicking) about their future. Fear not, why not them interested in engineering from a young age?

Obviously, visits to science museums and nurturing an interest in STEM is a great idea but why not make their learning experience fun at the same time? They get to learn while they play and you get a hard earned break.

The following are in no particular order and are far from exhaustive and also include paid and free games. They range from adventure to puzzle games and are great for boys and girls who might have an interest in engineering.

You might even fancy some yourself, or check out these other suggestions..

Up first on our list of Engineering Paid and Free Games for Kids is a great one. As the name suggests, players need to create their own space program. They will need to design and build spacecraft and complete certain missions, as you'd expect.

It is set on a fictional planet with little green men but the physics are excellent. In fact, it is a NASA simulator so it's very realistic indeed. Your little monsters will also get to learn about velocity, trajectories, orbits, rocket science, space flight to name but a few.

It is available on here and you can get a free demo just to make sure it's what you're after.

This had to be included, and it probably one of the greatest examples of Engineering Paid and Free Games for Kids. Highly addictive, fun and educational all in one place. This game will completely immerse your little ones and teach them history, mathematics, construction and devastation of the local environment.

It is likely they are already aware of this game, but if not why not make their day. Redstone is the most important resource in the game from which simple and complex machinery can be built. Using this material will teach your child about engineering principles and includes the need to use switches and circuits.

Well, to be honest, we could include any titles from the series. The fact that this one specifically focusses on civil engineering in more detail does give it a special mention over the others, however. Plus it's one of the newer incarnations so the graphics will be more forgiving for a younger audience.

All games in the series offer the player an insight into the complexities of building and running a city. It offers a great overview of what civil engineers actually do. If you've personally never played any of the series you might want to take this a recommendation for yourself too.

An oldie but a goodie here. Originally released in 2008, World of Goo is still a great engineering game for kids. Players are tasked with thinking up creative solutions to problems by building stuff.

They get to play around building bridges, ladders, towers and other structures to solve ever increasing puzzles. As the name suggests, the game has a plethora of googly-eyed goo balls. These serve as building materials and characters for the game. Frankly, it's fun for kids of all ages, you might just hog it, to be honest.

It's cross platform for maximum deployment on your devices.

Available on iOS and Android, Truss Me was actually created by a rocket scientist. It uses real algorithms and simulation techniques that are actually used in aerospace, mechanical and civil engineering.

Players will learn about how to design and test structures in a very realistic virtual world. This one is definitely worth it if your child has ever remotely thought about mechanical engineering.

CodeCombat advertises itself as a mean to "learn to code by playing a game." And to soemone who loves coding and computers, that sounds just grand.

Code Combat is an online game that's the main purpose is teach coding skills and have fun at the same time. Players young and old get to choose to learn Javascript or Python to help them complete levels.

As you'd expect, completing levels earns you experience points and their journey will be filled with ever increasingly difficult puzzles. They also get to explore a medieval-fantasy world. The best bit is that it is free to play online and should work on most computers.

It does have some violence in it, but it's not graphic. It's simply "cartoony."

Brought to you by the guys who infected the world with Angry Birds, Amazing Alex is aimed at kids. Players need to solve brain teasers by building contraptions using household items.

The best part is that there is no wrong solution to each puzzle. So long as their contraption works it's all good. This will really test their imagination and problem-solving skills.

Players are also able to share their solutions as well as create their own puzzles in the safe community.

It is available on Android and iOS.

Last but not least on our list of Engineering Paid and Free Games for Kids is this little gem. This is another free game online that has introductory games to help children test and build their understanding of forces and machines. They get to build their knowledge and some machines in Wallace's Workshop. Who could you say no? 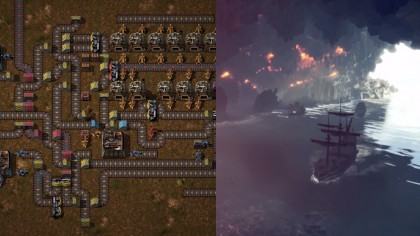 15 Great Computer Games for Engineers That Will Get You Hooked

So there you go, 8 suggestions for Engineering Paid and Free Games for Kids. You just might find yourself playing some of them too. Enjoy. Do you have any suggestions? Feel free to comment below.