Superhero gadgets have long been the stuff of imagination. But the following nine are much closer than we actually think. One day soon, with enough money, we could all quit our day jobs and become 'vigilantes for good', or just show off.

The silver screen has been bombarded with superhero films of late and no one could criticize you for dreaming of possessing some of their "wonderful toys". That being said there are some very clever boffins out there developing 'real-life' superhero gadgets.

Let's take a look at nine great examples. The following are far from exhaustive and are in no particular order.

First, on our list of superhero gadgets could see you starting a career as a pyromaniac. Whether you're a fan of the Human Torch or like to mimic the 'Hadoken' attack from Streetfighter, this might well be a dream come true. Some chaps have successfully created a Pyro Fireshooter that straps onto your wrist open up whole new world of pain on your victims.

Apparently, this device is rechargeable and easily detachable. You can even control it remotely if you want to. Despite the fact it looks amazing in action it's not advisable you quit your day job to pursue a job as a vigilantly like the Human Torch.

Let's be honest, invisibility devices are one of the more "useful" superhero gadgets you could probably get your hands on. Despite the ease of it being misused, it could also be used for "good".  But let's not get ahead of ourselves here. We are not talking about "Invisible Man" level tech here. A few years ago scientists had managed to create an invisibility cloak a la Lord of the Rings.

This device used meta-materials to reflect light and "hide" anything the cloak enveloped. It is still undergoing refinement but it will only be a matter of time before it will, possibly,  be available to the public.

Next up on our list of superhero gadgets is not quite what you'd expect. Researchers at the University of Minnesota are currently developing a mind control helmet that will let you control various objects, just by thinking! They use a non-invasive system to succeed in using the device to control a flying robot. Although this might not make you Professor X, it could prove incredibly useful for those people who are paralyzed or have other neurodegenerative diseases.

Clearly, any superhero worth their salt has the ability to fly. Since we are not going to see genetically modified or mutated flying people for some time perhaps using a machine would suffice? Afterall, it works for the likes of Iron Man!

There have been various jetpack designs unveiled throughout the last 50 years or so. If you want one for yourself it will likely set you back quite a pretty penny. To some, this might seem like a cop-out but you could integrate it into some cool looking armored suit.

Here's a great example of superhero gadgets you can buy. Wearing bulletproof clothing doesn't necessarily mean you can't look classy. And this one would make James Bond jealous. Garrison Bespoke Bulletproof Suit is a prime example. If you have a spare $20 K lying around this might be one of the best purchases you could ever make.

The suit uses nanotechnology to build the suit out of the same carbon nanotubes used in U.S. military uniforms. Given what its made of, this suit is actually very thin, light and almost as flexible as regular clothing. Frankly, this is a great idea for any wannabe superhero of the future!

Have you ever want to scale sheer walls just like spiderman? Perhaps you are an expert free climber but is there an alternative for everyone else? Thankfully Utah State University has been working on a backpack to do just that. It is called the Personal Vacuum Assisted Climber, PVAC for short, and its a pretty awesome device.

PVAC uses suction cups to help you scale any wall in no time. Although it doesn't look particularly "superhero-y" the functions it provides for the wearer certainly are.

Superhero's get their superstrength in a variety of ways. Be they aliens, mutants or accidentally exposed to some mutagens, for example. Yet others build themselves some pretty outlandish suits to do the job. As it happens DARPA, as well as other foreign agencies, are currently working on exoskeletons to turn their soldiers into super strong unstoppable man-machines.

These exoskeleton suits are pretty close to being feasible and when they are rolling off the production line, war as we know it will change forever. Of course, you could try to make superhero gadgets, like this, at home. It might take a significant investment of time and money but surely the prospect of your very own power armor is worth the price. 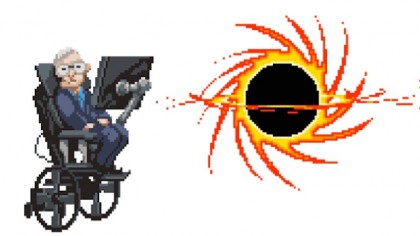 See Your Favorite Scientists as Superheroes

Researchers at Cornell University have been working on some palm-sized devices to enable you to climb walls and other surfaces. Their plam sized devices use the surface tension of water to make a reverse-adhesive bond to stick to glass wood and brick.

The technology was actually inspired by the Palmetto tortoise beetle in Florida rather than Spider-Man. However, how the device actually works is closely related to the beetle's natural ability to climb up surfaces. The beetles use tiny, pore-sized droplets of secreted oil at the top of their legs to stick to and climb up surfaces.

Granted this isn't really an example of superhero gadgets, but it's interesting nonetheless. With recent advancements in genetic engineering, we could potentially manipulate our very DNA to give ourselves superpowers. Though this is probably a little way off, there are some rare genetic diseases that can give sufferers super-strength. Liam Hoekstra from Michigan, for instance, suffers from a rare genetic condition called Myostatin-Related Muscle Hypertrophy.

This condition blocks the body's natural ability to limit muscle growth. His condition was first noticed when he was able to actually walk days after being born.  Since then he eats constantly throughout the day and has body muscle mass that would make the Hulk blush.

So there you go, our nine (plus bonus) superhero gadgets list. Some of these could be with us in the not so distant future. Have we missed any? Do any of them tickle your fancy? Let us know in the comments below.