Here are some great MacGyver hacks that could actually work in real life. At least in theory.

Whether you are a fan of the classic 80s series or the recent reboot, the very mention of the name MacGyver should get your creative juices flowing. It turns out that many MacGyver hacks could work in real life.

From a lavish use of duct-tape to make a diaper to building an entire hot air balloon from random stuff, MacGyver is an inspiration for us all.

Who is MacGyver? Get out. 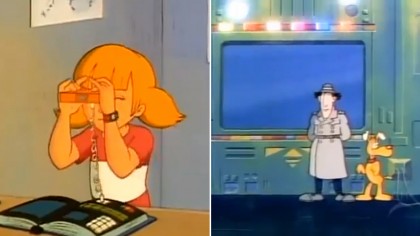 But seriously, if you have never seen this legendary 1980s television series you really need to rethink your priorities. But if you weren't aware, the original, and current reboot, center around the adventures of a secret agent called Angus MacGyver.

MacGyver is effectively a troubleshooting specialist for the fictional Pheonix Foundation based in LA. He also happens to be an agent for the, also fictional, United States government agency, The Department of External Services (DXS).

He was, once upon a time, both a highly capable physicist and U.S. Army Special forces Bomb Team Technician/EOD during the Vietnam War.

Every episode of the series finds MacGyver needing to put his exceptional knowledge of physical sciences to solve complex problems by utilizing common objects around him. Not to mention, he always has his ever-present Swiss Army Knife, apparently never-ending supply of duct tape and, on occasion, matches.

The series' cultural impact was huge, so much so that MacGyver is actually listed in the Oxford English Dictionary. Do yourself a favor and binge watch them all right now.

How feasible are MacGyver hacks in real life?

Some are pretty straightforward, as you will soon find out, but others seem to like the writers took a bit of liberty with reality. As it turns out quite a few of them are actually quite plausible, at least in theory.

In a recent interview with CBS, a Physicist explained that many of MacGyver's solutions could actually be possible. Rhett Allain serves as the current series' Technical Consultant.

There is nothing more frustrating than forking out your hard earned cash for car repairs. MacGyver might have a great solution to offer a short term repair for your leaky radiator rather than taking it to the garage.

In this episode, "Bushmaster", our hero finds himself in Central America on a rescue mission of an innocent pilot. During his mission, his mode of transport runs into some problems and breaks down.

It develops a serious radiator leak which seriously jeopardizes the completion of his mission. His solution? Eggs.

Cracking open a few chicken children he manages to patch up the radiator using the egg whites alone. Apparently, this is actually an old army repair trick, go figure!

2. Get out of a freezer - MacGyver style

In this 'chilling', sorry we couldn't resist, episode of MacGyver, our hero finds himself locked in walk-in freezer - as you do. Rather than panic (come on its MacGyver) he comes up with an ingenious solution to make good his escape.

As usual, he has all the materials he needs just lying around. In this case a plethora of ice, a heat source, and some metal bars.

His solution is something you might not ever consider in your most lucid of moments.

By using the metal as a channel, MacGyver melts some of the ice using the lightbulb. This meltwater is then channeled into the freezer's lock.

All he then has to do is wait for the water to re-freeze and open the door with ease. Simply ingenious but we wouldn't recommend trying it for yourself.

In the first episode of the new series of MacGuyver, "The Rising", our star manages to figure out a way to life some fingerprints. Being a man who is both the most unprepared and yet most resourceful in all history, he finds he needs to get his hands on some fingerprints.

Whilst he clearly is incapable of carrying a lab and other fingerprint analyzing equipment with him, he manages to figure out a hack on the fly.

His solution? Use some soot and adhesive. Our hero is then able to simply use sticky tape to readily lift some prints of a champagne glass.

Why not give it go at home? Or not, your choice.

It seems MacGyver was really put to the test in this episode. Not only did he need to escape from a walk-in freezer, but he had to weld some metal without a welding torch too.

Instead of accepting his lot, MacGyver takes things into his own hands - literally. He clearly knows his chemistry and collects some magnesium shavings from a racing bike, some rust from a paint can and is fortunate to find a roadside flare to get the torch going.

It turns out this was an effective solution and really got him out of a jam.

This MacGyver hack is actually quite plausible as real Thermite consists of a mixture of metal powder (to act as the fuel) and metal oxide. Usually, it's a mixture of aluminum and iron oxide but MacGyver will use whatever he can find.

In this episode, "Blow Out", MacGyver is a race against the clock to prevent a terrorist from killing Nikki Carpenter. But first, he needs to find out who it is and why they would want her dead.

Part of the episode finds MacGyver in need of thwarting an armed robbery. His solution? Make his own DIY tear gas bomb of course.

Since he happens to be in a supermarket he has everything he would ever need literally all around him. Our hero gathers some cayenne pepper, vinegar, and baking soda to create the perfect solution to his problem.

In this thrilling episode, "GX-1", an experimental fighter jet gets shot down over East Germany. MacGyver is enlisted to locate the wreckage and destroy it before the Soviets can get their hands on it.

For some reason, "The Reds" are backed by psychic to help them locate the downed plane first, as you do.

Whilst on his mission, MacGyver finds himself trapped in the Alps in need of means of escape from the approaching Soviets. His solution is to build his own hot air balloon from scratch in record time.

Utilizing some homemade glue, scraps of nylon, an entire metal shed, and some gas canisters, he escapes their clutches by taking to the air. Pretty impressive.

7. Got an acid leak? Grab some chocolate

In the pilot episode for the classic series of MacGyver, an underground laboratory is destroyed by a strange explosion. He is sent in to rescue the trapped scientists and make the facility safe.

His solution is to make good use of some chocolate. As he helpfully explains in the episode, the sucrose and glucose in the chocolate should react with the acid and plug the leak by forming a gummy residue.

This MacGyver hack was actually confirmed by Mythbusters many years later. Obviously, don't try to do this at home, or well anywhere to be honest.

Best leave this kind of thing to the professionals like the completely non-fictitious hero MacGyver, ahem.

MacGyver and Jack Dalton's day is ruined in this episode when they find an abandoned baby in Jack's airplane hanger. The catch is that the baby's mother used to be one of Jack's girlfriends.

This leaves the very real possibility that the infant could, in fact, be Jack's!

Babies as any parent will tell you, tend to consume a lot of resources and, create an inconceivable amount of mess for their diminutive size.

Being caught short, literally and figurately, MacGyver needs to think creatively to change the baby's diaper. His solution is to use every engineer's favorite tool - duct tape.

A simple, yet effective solution to a very serious problem. Good effort sir!