Here is an eclectic mix of Moon base proposals to feed your imagination. These 8 examples range from the very practical to grandiose structures more suitable for long term habitation of the Moon.

The concept of a Moon base is nothing new, it's not even a child of the last century. As early as 1638, clergyman John Wilkins penned an entire book about traveling to the Moon.

In his work The Discovery of a World in the Moon, he goes as far as to suggest fanciful ways of getting there. One "left-field" solution he proposes is using large trained birds to carry travelers there. In fact, John believed the moon was solid, could be walked on and tantalizing perhaps even colonized. 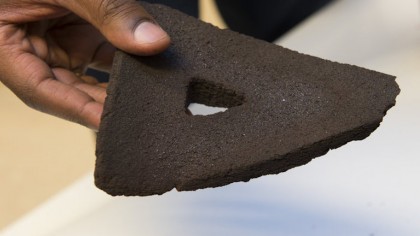 In the following article, we'll look at some interesting Moon base proposals throughout history as well as some very modern proposals.

The one and only Arthur C. Clarke proposed the concept for an interesting Moon base in 1954. He envisaged various inflatable lunar modules that could be covered over with moon dust. Of course, his 1968 work 2001: A Space Odessey takes his ideas further.

In fact, the modules would resemble igloos and come equipped with inflatable radio masts, algae based air filters and even nuclear reactors.

In the late 1950's the Moon was thought to have large mile-deep dust oceans, strangely enough. Seems they hadn't read John Wilkin's work.

To deal with this, John S. Rinehart proposed a floating Moon base in an essay he wrote in 1959.

The proposal involved using cylinders lying on their side that would float on the dust. Not just lying but half buried within it, in fact.

Sections of the station would be linked together and the entire structure would be protected with a micro-meteoroid shield.

Momentum Virium was ambitious indeed, so much so it came a close second. The idea behind the "base" was to exploit the Moon's resources whilst causing limited damage to the surface.

This fascinating proposal sees the base tethered to the surface rather than being plonked on the Moon.

In 1962, John DeNike and Stanley Zahn published a proposal for a Moon base in Aerospace Engineering. Choosing the Sea of Tranquility for the location, they envisaged a large underground complex.

You might well remember that the very first Apollo mission also chose this location in 1969. The proposed base was to house a crew of 21 with each section linked by underground tunnels. The idea was that this would provide protection from radiation poisoning amongst other things.

As you'd expect, power would be provided by nuclear reactors. Life support would also use algae like other proposals above.

Of course, this was an inevitability. Several plans emerged for military installations on the Moon between the 1950's and 60's. The U.S. Army had ambitions to build a base called Project Horizon as early as 1959.

The army wanted to build a space, well lunar, fort on the Moon as early as 1967. Projected to cost around $6 billion to complete, the base would be manned by a strong crew of 12.

Being a military fort, as you'd expect, it would need to defend itself. Defensive systems were to include nukes, of course, and interestingly, modified claymores. The idea was to enable the crew to protect the base from any "overland" assault. The troops would command lunar vehicles for cargo transfer and explore the Moon's surface. It even boasted a parabolic antenna to communicate with Earth.

As you'd expect, other branches of the military want a piece of the Moon base action. The USAF proposed their own base in 1958. Code named the Lunex Project, the Air Force envisaged an underground base that they penciled in for completion by 1967.

It had a projected cost of around $7.5 billion.

Tantalising recent evidence seems to suggest the existence of lava tubes on the Moon. If true, these could well be exploited by early colonizers to build Moon bases.

These tubes are stable structures that were carved out by lava flows, volcanic eruptions, and seismic activity.

The thin layer of lava would, in theory, protect inhabitants from extreme changes in temperature. Not to mention physical protection from meteorite impacts.

Their design involves a gradual colonization of the Moon using a combination of 3D printing and self-assembly. A bit like a highly advanced Lunar Ikea kit. Except you make the pieces yourself.

Each structure would be made of carbon-fiber and based on origami, strangely enough. In fact, astronauts would initially assemble the base with future provisions being made for space tourism and colonies later on.

Stunning, truly stunning, Modulpia was voted the peoples choice for the Moontopia competition, as it happens. As the name suggests, Modulpia is a modular settlement. In fact, it is designed for easy construction and assembly.

The very nature of the base would see it organized in phases with factories installed first, then labs and accommodation for researchers. Nice.

Here's another one from Moontopia, they're just so damn good. Sean Thomas submitted his proposal, titled Platinum City to house up to 3,000 "post-human citizens".

The habit would support the first post-human industry of asteroid mining, as well as space tourism, in fact. At the same time, waste from mining processes could be used to 3D print the entire structure, cool.

So there you go. An eclectic mix of Moon base proposals to feed your imagination. Some are more practical than others, whilst yet others are absolutely stunning in their ambition and design. In fact, they range from the very practical to grandiose structures more suitable for long term habitation of the Moon. Have any of these Moon base concepts inspired you? Do you know of any other interesting ones out there? As always comment below.