Teenagers are famed the world over for staying up late, sleeping all day and generally making a mess, but these 8 teenage inventions could change the world.

Though most of us would associate teenagers with sleeping in late, taking selfies, generally not cleaning up and playing computer games, some use their time wisely. 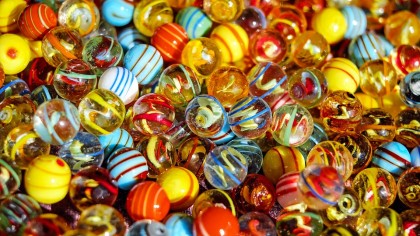 These eight teenagers not only excel in school, but their productivity, innovation, and ingenuity have created some interesting inventions that could reshape our lives.

First up on our list of inventions is pretty ingenious. At 13 years old, Shubham Banerjee managed to create a working Braille printer after learning about the expense of braille printers. Shubham used a Lego Mindstorms EV3 kit and about $5 of hardware from Home Depot to do the job. Dubbed the Braigo V1.0, is considerably cheaper than other Braille printers on the market that tended to come in at $2,000 a piece at the time!

That's quite a discount.

With around 285 million visually impaired individuals across the globe according to the World Health Organization, this device could prove invaluable in the near future. Shubham launched a startup in 2015, Braigo Labs,  with his parents. Braigo labs have since released an app and web platform that continues to grow to further develop this innovative technology.

In the latest news, they have attracted investment from Intel.

Necessity is the mother of all inventions, and this gadget certainly embodies that phrase. This is particularly relevant for our next teenage inventor. Remya Jose, a 14-year-old from India, was asked to do the laundry when her mother became ill.

Clearly, Remya was less than impressed with the amount of time and energy needed to hand wash clothes in the nearby river. She took some recycled bicycle parts to create an appliance that saves time, energy and keeps you fit, all at the same time.

This device will clearly have countless applications in areas lacking electricity, or those who wish to save time on exercising and chores.

Cynthia Sin Nga Lam, from Australia, might just have solved the problem of supplying power and clean water to remote regions of the world at just 17. With millions of people around the globe without electricity or clean water, she decided to attempt to tackle both with one solution.

Cynthia's H2Pro device harnesses photocatalysis (using light to speed up chemical reactions) to sterilize water. The reaction, as a bonus product, releases hydrogen which Lam believes can be used to produce electricity with further improvements.

Cynthia's device was one of 15 inventions that made the Google Science Fair's finalist for 2014.

In 2013, Kenya's Maseno School opened its new dormitories for over 700 students. The area around the buildings often smelt because of pit latrines and defective sewage systems. This also polluted the local water supplies.

Leroy Mwasary and four friends decided to come up with a solution, a human waste bioreactor that would convert waste into clean cooking fuel for the kitchen. Fast forward a few years and Leroy, now founder of Greenpact, aims to provide biogas to over six million Kenyans who lack adequate sanitation and reliable fuel sources.

Sun Ming Wong aged 17, and King Pong Li, aged 18, developed a bacteria-killing door handle.  The teens knew that microbes are spread through contact, from door handles to shopping carts. They decided to look for a material that would adequately kill bacteria in situ.

Their search proved fruitful after using titanium oxide. Their handles not only have a coating of titanium oxide but also an LED light integrated into the handle to activate the compound. It is said their solution can destroy 99.8% of all bacteria and viruses.

The entire device also only costs around $13, making it an affordable choice for most.

Kenneth Shinozuku, a 15-year-old from New York, recently won a $50,000 science prize for his wearable sensors that send mobile alerts when dementia patients wander away from their beds. He was inspired by his grandfather who suffers from Alzheimer's disease. Kenneth noticed that his grandfather would frequently wander from his bed in the middle of the night and hurt himself.

His solution was to develop coin-zed wireless sensors that are strapped to the patient's feet. These sensors detect pressure when the person stands up, which triggers an audible alert on family or caregivers smartphones via an app. Ingenious.

The penultimate entry on our list could clean up the world's oceans. Boyan Slat, aged 19, came up with a solution to help clean up our oceans. He believes the booms could collect and remove around 20 billion tons of plastic waste from the world's oceans.

His concept of using a series of floating booms with processing platforms could collect floating plastic whilst allowing fish and plankton to pass through unharmed. Better yet, the collected plastic could be used for recycling.

Boyan is now a student at Delft University of Technology.

Around 85 percent of pancreatic cancer is diagnosed late, at which point the chance of survival is around 2 percent. With such shocking statistics, it looked as though research teams were fighting a losing battle.

Easly results look promising but will need years of clinical trials before a wide release.

These eight inventions came from the minds of some really bright teens. The next time you think about those "meddling teenagers" in your neighborhood, remember that their age group is responsible for several incredible inventions.

What are your favorite inventions on this list? Know of some we missed? Leave your recommendations in the comments below!