Astronomers have discovered 83 distant supermassive black holes from the earliest years of the universe.

Researchers have discovered an astonishing 83 supermassive black holes just over 13 billion light years away, making them some of the oldest structures in the Universe.

An international team of astronomers from Japan, Taiwan, and the United States have come together to identify 83 supermassive blackholes (SBH) just over 13 billion light-years away from Earth, making them some of the oldest structures in the Universe, according to a report by Princeton University.

"It is remarkable that such massive dense objects were able to form so soon after the Big Bang," said Michael Strauss, a professor of astrophysical sciences at Princeton University and one of the study’s co-authors. "Understanding how black holes can form in the early universe, and just how common they are, is a challenge for our cosmological models."

The discovery adds to the number of known SBH from this period of the Universe’s history and reveals just how common they were in the early universe, something that wasn’t known until now. SBHs are believed to exist at the center of most galaxies and can be billions of times more massive than the sun.

Studying the Faintest Quasars in the Universe

The researchers set out to identify these SBH by the quasars they generate. As the gasses surrounding an SBH begin to accrete onto it, it heats up and starts to emits radiation that we can detect. These SBH are known as quasars, and until now only the most luminous quasars have been studied.

This new study looked at fainter quasars that, until recently, had been beyond our power to detect. These quasars were powered by SBH with masses similar to those we can see in the present day universe.

To do this, the team of scientists used data collected with the “Hyper Suprime-Cam” (HSC), mounted on the Subaru Telescope of the National Astronomical Observatory of Japan, located on the summit of Mau-nakea in Hawaii.

The HSC’s huge field of view—1.77 degrees across, or as wide as seven full moons—was used over 300 nights over five years to collect the requisite data. Identifying possible distant quasars from the survey data, they used the Subaru telescope, as well as the Gran Telescopio Canarias in Spain and the Gemini South Telescope in Chile to obtain the spectra of these candidate quasars.

The study identified 83 previously unknown quasars in addition to the 17 already known in the survey area. This means that if you were to slice the universe into uniform cubes a billion light-years across, there were be one SBH inside that cube.

Distant Quasars and the Evolution of the Early Universe

Scientists believe that in the first several hundred million years of the universe’s existence, the hydrogen in the Universe had been ionized into a free-floating hydrogen plasma of unbound electrons and protons, but they don’t know what could have provided the energy to break the ions free of their protons.

One theory is that there were more quasars in the early universe than had been previously known and that their combined radiation provided the necessary energy to “reionize” a universe full of hydrogen. 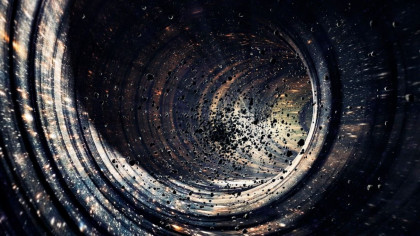 "However, the number of quasars we observed shows that this is not the case," explained Robert Lupton, a senior research scientist in astrophysical sciences. "The number of quasars seen is significantly less than needed to explain the reionization."

This isn’t the only light that these distant quasars shine on the early universe.

"The quasars we discovered will be an interesting subject for further follow-up observations with current and future facilities," said Yoshiki Matsuoka, a researcher at Ehime University in Japan, who led the study. "We will also learn about the formation and early evolution of supermassive black holes, by comparing the measured number density and luminosity distribution with predictions from theoretical models."

The study was recently described in five different papers that appeared in The Astrophysical Journal and the Publications of the Astronomical Observatory of Japan.

The Woman Who Discovered the Jurassic Coast - Mary Anning