Pure chance, or incompetence, depending on your point of view, has led to some significant scientific discoveries in the past. These accidental science discoveries are proof positive of that.

Not all great discoveries were made on purpose. Some incredible accidental science and technological discoveries might not ever have happened if it luck (or clumsiness) hadn't played a part.

Whilst studying cathode ray tubes, one German physicist, Wilhelm Roentgen, managed to discover X-Rays inadvertently. He noticed that when the tube was on some nearby crystals omitted a strange fluorescent glow.

He experimented with some shielded of the tube to see if it would have any effect on the phenomenon. He correctly surmised that the tube must be omitting some kind of new ray and set out to see if he could block it.

He first tried some heavy black paper, but this was utterly ineffectual. Wilhelm then worked a series of other thicker and denser materials and found, to his surprise, that these too had no effect.

He quickly noted that the rays appeared to be able to pass through most objects but left a telltale shadow from more solid things, like bones and metal. In a famous experiment in 1895, he used his wife's hand to produce the very first X-Ray image of the human skeleton.

His discovery would set the scientific world alight and chance medical diagnosis forever. And all this by pure chance - and a little ingenuity on Wilhelm's part, of course.

2. Velcro was not an intentional discovery

In 1941, one Swiss engineer, George de Mestral had gone for a walk and made an exciting find. He wondered why Burdock seeds seem to cling so easily to his coat and his dog's fir.

Taking a close look at the seeds, he noted that they had tiny burrs. These little structures were the secret behind there incredible sticky ability.

Although he hadn't intentional set out to design a new kind of fastening system he decided to attempt to replicate the effect himself. This would lead to the invention of what we now know as Velcro.

After some trial and error, he settled on the use of nylon and polyester and patented his design in 1955.

The name itself is derived from the words velour ("velvet") and crochet ("hook") in French. It would become the name for the product and the company he would found that still makes it today.

3. The Microwave was a complete accident

The humble microwave was actually discovered by pure chance. A Raytheon engineer, Percy Spencer, was working on some radar-related technology when he noticed something interesting.

In 1946, whilst conducting work on a new kind of vacuum tube, he noticed the chocolate bar in his pocket melted quicker than one might expect.

This clearly intrigued him, and he soon realized it must be something to do with the tube he was working on. He played around with the tube by aiming it at other objects like eggs and popcorn kernels and noticed they seemed to become heated.

Percy quickly realized it must be something to do with microwave energy the tube emitted. Soon after, Raytheon filed a patent for the first "Microwave" in 1945.

This led to the development of the first functional Microwave oven which weighed 340 kg. Called the "RadaRange" it stood at almost 1.8 meters tall.

The first countertop ones were later introduced in 1965.

4. Penicillin was a complete fluke

Penicillin is probably the most famous example of an accidental scientific discovery. The great Sir Alexander Fleming noticed, in 1928, a strange growth on one of his Petri dishes.

The venerable Professor of Bacteriology had been growing cultures of Staphylococcus bacteria at the time. This curious growth appeared to prevent the bacteria from developing in its immediate vicinity.

He later made a pure culture of the strange substance and found it was actually a form of Penicillium mold.

Fleming would later coin the term "Penicillin" to describe the filtrate of a broth culture of the mold. After some further work, it was soon realized that this could have some vital disinfectant applications.

The first official use of Penicillin as a cure was performed in 1930 by Cecil George Paine. Penicillin would quickly open up the era of antibiotics and save countless lives.

Super Glue, or rather Cyanoacrylate, was an accidental discovery during the Second World War. Its discoverer, Harry Coover Junior, was actually trying to find a way of making clear plastic gun sights.

Whilst experimenting with a class of chemicals, called acrylates, he noticed his formula was far too sticky for the intended application. He subsequently abandoned his research and moved on.

A few years later, Coover was attempting to find another solution to produce heat-resistant coatings for jet cockpits. He and his team decided to take another look at acrylates.

During the research one of his team colleagues, Fred Joyner spread the compound between two lenses for later examination under a refractometer.

To their dismay the noticed the lenses were firmly bonded together. This time, however, Coover immediately realized the commercial potential for it.

It was sold under the name Eastman #910 as an adhesive. The rest is history.

6. Play-Doh was another famous accident

Play-Doh wasn't originally intended as a child's toy. In fact, it was initially developed as a wallpaper cleaner back in the 1930s.

The clay was first created by Noah McVicker and his brother for a soap company. Back then coal fires tended to coat the walls, and well everything, in soot.

The clay, when rolled over a surface, was excellent at removing it. Later the rise of vinyl wallpaper made cleaning up soot relatively easy by using just a wet sponge.

This practically rendered the cleaning clay useless overnight. But a nursery teacher heard that children liked to model things using the same material.

After experimenting with her class she noticed that her students loved it. She told her brother-in-law, Joe McVicker, who happened to work with his uncle, the inventor, Noah.

The soap company quickly realized the potential, pulled it as a cleaning product and began marketing it as a child's toy.

7. Vulcanized rubber was an accidental find

Early work on rubber had been somewhat underwhelming. It had the annoying tendency to either freeze rock hard in winter or melt in the summer sun.

One man, Charles Goodyear, had been experimenting with this material for some time and was struggling to overcome this materials shortcoming. After some more trial and error, he decided to add some nitric acid that had been colored gold.

The substance turned black, and he threw it away, presuming it was yet another failure. But after rescuing it later, Goodyear realized it had turned had on the outside.

It was also smooth and a lot drier than any previous attempt he'd tried. Despite this, it still melted under exposure to high temperature.

He experimented further and added some sulfur. What happened after is a little murky, but somehow some sulfur treated rubber landed on a stove.

It didn't melt and instead charred and became an almost leathery, heat-resistant, and waterproof, material. Vulcanized rubber was born, and completely (well almost) by accident.

8. The Slinky was meant to be Battleship tech

Back during the Second World War, one Naval Engineer, Richard James, was working on some tech for warships. He was attempting to figure out a way of using springs to prevent sensitive instruments from being damaged by intense vibrations.

Whilst working on some prototypes, he accidentally knocked one off a shelf. Instead of falling ungracefully to the floor, it "stepped" down in a series of objects before re-coiling and standing upright.

He was astonished and somewhat amused. Richard later told his wife that "I think if I got the right property of steel and the right tension; I could make it walk."

He experimented with different types of steel wire and eventually developed a prototype that neighborhood children adored playing with. His wife dubbed it the "Slinky" and the rest is, as they say, history.

This wasn't something incredibly ground-breaking, it was an exciting and unexpected effect.

In perhaps the purest definition of irony, the discovery of gunpowder had the opposite effect to its intent. It was intended to be an elixir for endless life but has since been used to relieve many of theirs. 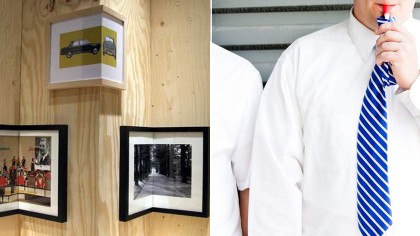 17 Inventions You've Not Likely Heard About

In fact, the Chinese name for gunpowder is Huǒyào, which can be roughly translated to "fire medicine" in English.

Chinese alchemists in around the 9th Century AD were experimenting with ways to develop a potion for immortality. During one attempt they mixed saltpeter, sulfur, and charcoal but the result was very unexpected indeed.

They soon found out that their new creation was pretty explosive, to say the least. It was quickly realized that this new substance could be pretty useful indeed.

Gunpowder was initially used in fireworks and it would not be long before it was employed on the battlefield in about 1000 AD. It has since changed the face of warfare beyond all recognition.