9 Robots That Are Invading The Agriculture Industry

Robotics are allowing farmers to be more efficient, and productive when managing crops.

The world population is expected to hit a whopping number of 9 billion by 2050. What is expected to follow is a dramatic rise in agricultural production, doubling to meet the coming demand. This need has caused farmers to turn to robotics as a solution for the coming future.

Now you have probably heard of how people across various industries are using robotics to disrupt their respective industries. Customer service, packaging and shipping, manufacturing, and transportation are all industries soon to be hiring more robot employees.

Nevertheless, the growing population, rise of AI and new developments in robotics has caused the world of agriculture robotics to explode with innovation.

From nursery planting to shepherding and herding, here are some of the robots already in agriculture.

Powered by the sun, this lightweight GPS, fully autonomous drone has the ability to use its solar power to run all day. The robot uses its complex camera system to target and spray weeds.

Because of its very precise arms, the robot uses 90% less herbicide, making it  30% cheaper than traditional treatments. A fleet of these robots could easily replace human farm labor down the road.

Naio Technologies have a host of robots that not only act as the perfect farm hand using techniques that preserve and protect the local environment.

The robots have the ability to weed, hoe, and assist during harvesting. As stated by the team, “We want to provide all participants in the agriculture process with access to the latest technology, to help grow healthier, more abundant and environmentally friendly crops.”

Perfect for those in the citrus fruit business, the Energid systems are fast and efficient harvesting systems. The systems can pick a fruit every 2 to 3 seconds. Even more so, the robot is cheap to build, making it significantly cheaper than human labor.

If you are expecting to have any strawberry fields in the near future, you may want to look into getting an Agrobot E-Series.

With its twenty-four robotic arms working wirelessly and an advanced AI system, the E-series cannot only pick strawberries really fast but it can identify the ripeness of a strawberry in the field.

Mentioned in the name, these robots are the perfect tools for farmers and their lettuce crops. With its imaging system, the LettuceBot2 is a popular tool in the agriculture world that attaches itself to a tractor to thin out lettuce fields as well as prevent herbicide-resistant weeds.

Again, because of this robot’s ability to be precise, it uses 90% less herbicide on crops.

Drones will play a huge role in monitoring large areas of crops. Agribotix is a low-cost tool for farmers, to collect crop data over time, or in real-time.

From taking precise aerial photos to recording video, the company’s collection of drones even has infrared sensors that can measure the health of crops while in the air.

Dubbed as some of the best products on the market, the San Diego company has been working on agriculture robotic systems for seven years.

The VR team has used AI-powered robots that can tackle a host of products include a vineyard pruner that images vines and uses a robotic arm to thin plants, as well as an automated lettuce thinner.

This robot has both semi and fully automatic machinery for greenhouse management or protected horticulture. The artificially intelligent robot is able to take flats of peat seedlings to separate them and plant them in optimal patterns.

The PrecisionHawk team creates drones that do just about everything. With its host of features, they are the perfect tools for farmers. 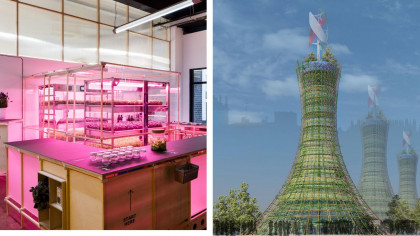 Drones from PrecisionHawks have a host of features that include artificial intelligence paired with multispectral, hyperspectral, and LiDar technology.

Is there any agriculture technology that amazes you?