Irrespective of how unique the idea is, there’s one common effort that every startup tries to make – convincing the Venture Capitalists that the idea is worth the investment. Although, not all of them get the chance to share a slice of the money-pie, there are some startups that manage to fetch surprising sum of money from the funding rounds; money that’s good enough to make the headlines for drawing biggest investments. These investments are a proof that if you’ve got a novel idea that can disrupt the market and if you manage to convey that in a right manner, nothing can stop the VCs from funding it.

Each year we see some of the remarkable startups that manage to raise some of the biggest investments, and it happened this year too. With a little help from CrunchBase, we’ve identified the 9 startups from around the world that drew major investments in 2017 so far:

DiDi Chuxing, the Uber of China closed a financing round of over $5.5 billion as a part of the company’s global expansion strategy and invest in emerging technologies like Artificial Intelligence. The company aims to develop AI-based intelligent driving technologies and smart transportation architecture and bring more value to urban transportation markets globally. With this latest funding round, the total amount raised by the ride-sharing giant has reached to $13 billion.

The co-working unicorn, WeWork announced an agreement for a $4.4 billion investment from the SoftBank and Vision Fund. With this investment, the company aims to expand the physical presence across the globe and increase the global WeWork community from 150,000 members. The funding includes $3 billion in WeWork’s parent company as primary investment and $1.4 billion in new companies WeWork China, WeWork Japan and WeWork Pacific, which are controlled by local management teams.

Again from China, Meituan-Dianping, a local services providing company managed to raise $4 billion in a Series C funding round from a group of investors including Tencent, Sequoia, GIC and China-UAE Investment. Known as O2O (Offline to Online) in China, the company offers services to connect offline commerce industries utilizing internet and smartphones. With the latest funding, Meituan Dianping is looking to strengthen its business groups for In-Store Dining, Lifestyle & Entertainment, On-Demand Delivery and Travel & Leisure further. Along with this, the investment according to the company will also help in developing AI-based technology to bring more innovative solutions for local businesses.

The dominant ride-sharing startup in Southeast Asia, Grab, recently raised $2 billion from a Series G funding round backed by SoftBank and China’s leading ride-hailing player Didi Chuxing. Operating in 65 cities across seven countries, Grab controls 95% of the taxi-hailing market across the Southeast region. The investment according to the company will help in keeping a lead in the ride-sharing market as well as assist in making GrabPay, a payment solution of choice in Southeast Asia.

Toutiao, the Chinese news aggregator backed by Sequoia Capital and CCB International raised $2 billion, valuing the company at $12 billion. Started in 2012, by Zhang Yiming, Toutiao is one of the fastest-growing tech startups in China. Using algorithms and artificial intelligence, Toutiao aggregates news, online books and videos along with other content for its 100 million daily active users. The company is targeting annual revenue of $2.5 billion this year.

India’s leading homegrown online retailer Flipkart managed to raise a total of $2.9 billion through multiple funding rounds. The investors include SoftBank, Microsoft, eBay and Tencent in the latest funding that will enable the company to establish strong foothold in the e-commerce space in India against its biggest rival Amazon. The latest funding also included Flipkart taking control of eBay India. 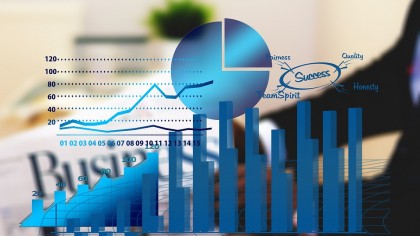 The Baidu-backed video service managed to raise $1.53 billion in the new funding rounds backed by a group of investors including Hillhouse Capital, IDG Captial, Sequoia Capital and Baidu itself. With a user base of 481 million who spending 5.579 billion hours in its service, iQiyi is competing with Alibaba-owned Youku Tudou along with similar services provided by Sohu and Tencent. The capital raised from this latest funding round is likely to be used on acquiring content along with upgrading the platform’s IP ecosystem to identify illegal content.

One of the most popular digital payment firms in India, Paytm owned by One97 Communications raised $1.4 billion from SoftBank, valuing the company to over $8 billion. The investment has made SoftBank gain 20% stake in the company and is eyeing to replicate Paytm’s financial services business with AliPay (financial services from Alibaba Group). Paytm Wallet is currently the country’s largest digital wallet having more than 220 million users.

The US-based early cancer detection startup managed to raise over $1 billion in the Series B funding round backed by ARCH Venture Partners and Johnson & Johnson Development Development Corporation. With this investment, the company aims to work toward proving their early-detection system by performing several studies, validations and clinical trials.