Researchers around the world are racing to find a potential solution.

By  Donovan Alexander
May 25, 2020
grThrteen/iStock

At some point in your life, you have probably taken antibiotics to treat a serious infection. Antibiotics have not only saved countless patients around the world; antibiotics have played an integral role in the development and advancement of medicine and surgery as a whole. And that is not the end of it.

You see the use of antibiotics in patients, chemotherapy treatments, people who suffer from chronic diseases and need complex surgeries simply to live. The super medical tool is one of the most important inventions in the 20th century, dramatically helping our species.

Thanks to the effectiveness of antibiotics, the average lifespan of people have dramatically expanded around the world, simply because we are able to treat bacterial infections that would have otherwise been devastating. You continue to see the effectiveness of the drug in areas of the world where sanitation is a challenge, and bacterial infections are far more prevalent. As you can see, humans love using antibiotics, however, this is not a good thing. 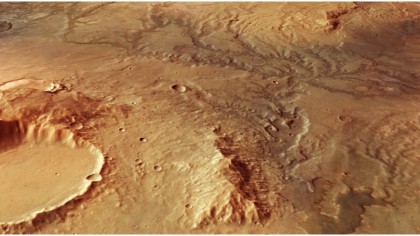 "The world is facing an antibiotic apocalypse. Unless action is taken to halt the practices that have allowed antimicrobial resistance to spread and ways are found to develop new types of antibiotics, we could return to the days when routine operations, simple wounds or straightforward infections could pose real threats to life", says England's former Chief Medical Officer, Sally Davies.

Today we are going to explore the facts behind these fears and what researchers are already trying to do to prevent this terrible event. But, first, you need a basic understanding of antibiotics.

1. You need to understand the basics of antibiotics first

For the uninitiated, antibiotics are crucial tools that are used for the prevention and treating of infections caused by specific bacteria in people, animals, and crops. In fact, antibiotics are really the medical world's most powerful tool for fighting life-threatening bacterial infections.

Discovered in 1929, penicillin was the first antibiotic to be discovered by Sir Alexander Fleming. However, the medical super tool did not officially make its way to the public until the 1940s. Yet, as Fleming warned, the overuse of antibiotics is problematic.

2. Antibiotic resistance can occur through mutation

Simply put, antibiotic resistance occurs when the germs no longer respond to the antibiotics designed to kill them, meaning that the germs continue to grow and thrive in your body. Bacteria and fungus are always on the lookout for new ways to avoid the effect of antibiotics, genetically learning, and evolving. As mentioned by the U.S National Library of Medicine National Institutes of Health, "In bacteria, genes can be inherited from relatives or can be acquired from nonrelatives on mobile genetic elements such as plasmids.

"This horizontal gene transfer (HGT) can allow antibiotic resistance to be transferred among different species of bacteria. Resistance can also occur spontaneously through mutation. Antibiotics remove drug-sensitive competitors, leaving resistant bacteria behind to reproduce as a result of natural selection."

This is where things get dangerous as antibiotic-resistant germs are extremely difficult to treat, sometimes almost impossible, even leading to death.

3. Some diseases are coming back with a vengeance

Diseases that the medical community has eliminated are making a comeback, and they shouldn't. Tuberculosis devastated earlier generations. The infectious bacterial disease mainly affects the lungs, however, it becomes fatal once the TB bacteria begin to attack other parts of the body like the kidney, spine, and brain. The bacteria became treatable in the 1940s, eventually making it a disease of the past thanks to the antibiotics isoniazid and rifampicin.

Well, it is back, and it is worse than ever. Antibiotic-resistant strains of tuberculosis are popping up around the world in places like Papua New Guinea, India, China, and Russia. The disease itself has been dubbed as Ebola with wings and can be easily spread. The scariest part of it all is that even with the best medical care, your chances of surviving are about 50%.

4. Antibiotic-resistant bacteria are killing people around the world

There are strains of bacteria that are resistant to multiple types of antibiotics. This is becoming more and more problematic. Certain strains of antibiotic-resistant gonorrhea are taking the world by storm. According to the CDC, just in the United States in 2018, there were at least two million bacterial infections resistant to antibiotics, with 35,000 people dying of these same infections.

These numbers are only expected to rise in the coming years. Simple bacterial infections that might have been easily treated decades ago are becoming increasingly difficult to treat with modern medicine. There could come a time where simple injuries could become life-threatening.

5. Superbugs are strains of bacteria that are resistant to all forms of antibiotics, and these superbugs are beginning to appear

The medical doctor continued testing various antibiotic treatments to stop the spread of the infection and kill it for good. However, even after trying 26 different types of antibiotics, they had no luck. Sadly, the woman would eventually die of sepsis. This was the first recorded case of a superbug. Antibiotic-resistant strains of salmonella and other common bacterial infections are slowly evolving into superbugs.

Almost every major antibiotic that we have now, is a derivative of an antibiotic discovery that was made before 1984. Developments within this area of medical research have been impressively slow. There are tremendous scientific, regulatory, and economic challenges for anyone company or researcher. The overall financials of the drug industry has played a major role, too, with pharmaceutical companies focusing more on their research to tackle more lucrative areas of research like cancer and heart disease.

7. Overuse of antibiotics contributes to the problem

However, if prescribed by a doctor, do not throw out your antibiotics. As mentioned above, antibiotics can save your life. Nevertheless, there is a wide trend of misuse. As mentioned, "In the U.S., the sheer number of antibiotics prescribed indicates that a lot of work must be done to reduce the use of these medications."

"An analysis of the IMS Health Midas database, which estimates antibiotic consumption based on the volume of antibiotics sold in retail and hospital pharmacies, indicated that in 2010, 22.0 standard units (a unit equaling one dose, i.e., one pill, capsule, or ampoule) of antibiotics were prescribed per person in the U.S. In some states, the number of prescribed courses of treatment with antibiotics per year exceeds the population, amounting to more than one treatment per person per year."

Misuse is becoming a growing problem, especially in the United States. There are reportedly about 47 million antibiotic treatments prescribed to treat things like cold and the flu. Now more than ever, the appropriate use of antibiotics could help slow down the development of superbugs.

8. You should care about antibiotic resistance

Antibiotic-resistant bacteria is not biased; it can affect people at any stage of life. Of course, people with weakened immune systems have a much higher risk of infection, nevertheless, it does not discriminate. The rise of antibiotic-resistant bacteria could set our species back if not properly treated. "Antibiotic resistance jeopardizes advancements in modern health care that we have come to rely on, such as joint replacements, organ transplants, and cancer therapy. These procedures have a significant risk of infection, and patients won't be able to receive them if effective antibiotics are not available", says the CDC.

9. We are trying to come up with radical ways to prepare for the problem

Bacteriophages might become our salvation. For the uninitiated, bacteriophages are viruses that kill bacteria. In short, these viruses replicate themselves and spread to other bacteria. Though they were originally discovered in 1915, researchers are looking at bacteriophages as the potential solution to kill antibiotic-resistant bacteria.

As mentioned above, of course, we could try creating other antibiotics, but that could just be creating new strains of bacteria resistant to treatment, starting the cycle again.