It might be high time you invested in an e-bike.

You hear a lot of talk about electric vehicles, but how about showing a little love for electric bikes? Electric bikes are an excellent alternative to their more standard cousins and are rapidly growing in popularity.

According to a recent report by Deloitte, e-bike sales jumped an impressive 91% between 2017 and 2018. "Underlying this growth in bike-riding is an array of diverse technological innovations, including predictive analytics, product and application design, wireless connectivity, digital urban planning tools, 3D-printed parts, and electrification," says the study.

Even more so, within that same report, analysts predict that e-bike sales will reach as high as 130 million dollars, just in the U.S., by 2023. However, you may be asking yourself, what is the appeal of even having a bike? In another report by Deloitte, the consultancy group highlighted the importance bikes would play in the cities around the world. 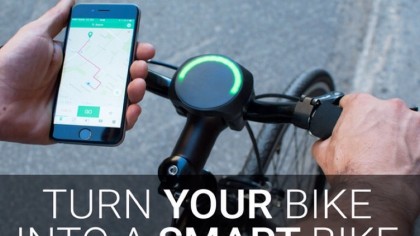 If you live in the city, owning a car is not that appealing, and if you want to get from point A-B, you usually will take public transportation, yet depending on the city, even that can become tedious. Using your bike to get to work or go to the coffee shop down the street is a fun, safe, cost-effective, and healthy means of getting you where you need to go. Even more so, bikes will play an important role in cities, especially in those places that are heavily populated, easing traffic congestion and improving urban air quality and public health.

It's pretty simple, fewer bikes mean fewer cars. This is something that you will come to appreciate because, according to a study, 2.5 billion people will be living in cities by 2050. If anything, there is nothing more futuristic than getting an e-bike.

What is an e-bike?

A common misconception is that an e-bike is just an electric motorcycle. This is not the case, though there are a few overlapping products out there that are worth it. An electric bike is simply your average everyday bike with multiple electrical components that include a motor, a battery, and a controller. This electronic system is seamlessly integrated into your bike, offering you the power to do much much more than the bike you have in the garage.

Things like pedaling and breaking are pretty much the same on an electric bike, with the occasional outlier. Electric bikes are simply made to augment your power, and not replace your effort, making your bike ride much more enjoyable. Though these bikes can be expensive, prices are coming down, and there tends to be a price point for anyone who wants to invest in an electric bike. The electric bike riding experience is just different; you have to try it, and here's why.

1. There is an electric bike for just about every situation

Another misconception when people are thinking about electric bikes is that electric bikes are reserved for people with specific needs, or the bikes are meant to be used in limited environments. This cannot be further from the truth. Do you like mountain biking? Do you want something that can carry tons of cargo? How about something perfect for city life? There is an e-bike for that. There are a wide variety of electronic bike choices that are perfect for commuters, recreational use, and even a few performance bikes if you are up for a little adventure.

If you are looking for a great beginner-friendly bike that will last you a lifetime you should definitely check out the SAVADECK Carbon Road Bike. The e-bike's carbon fiber frame, various speeds, and aerodynamics make it the perfect city bike for those who need a cool ride for the city.

2. You are going to save a lot of money

Who does not like saving money? Living in the city can be expensive. Even more so, owning a vehicle in the city can be costly due to maintenance costs, gas, and other miscellaneous needs. Get an e-bike to make your life a little bit easier. According to an estimate calculated by the minds at Rad Power Bikes, when you switch from using a car to an e-bike for something like your daily commute, you can save as much as $7,409 in one year. Imagine what you can do with that extra cash.

3. Commuting to work will never be the same

Speaking of your commute, one of the best ways to get to work is via an electronic bike. One of the coolest functions of the e-bike is that it helps you augment your movements giving you that needed power boost in rough terrain found around the city. No one wants to show up to work all sweaty, and an e-bike can help you combat that by offering riders a more comfortable and relaxing ride. Even more so, some of the bikes can be extremely fast, offering impressive top speeds of about 45 kilometers per hour. You could end up shaving minutes off your daily commute, giving you much more time in the mornings.

As mentioned above, there are a lot of e-bike options for people of all lifestyles. One of the biggest challenges with commuting to work is finding a bike that is easy to store for the day. Check out the Blix Vika+. This folding e-bike has a charming design and can be easily folded to fit under your desk.

4. You can use e-bikes to go fast, real fast

The basic principle behind e-bikes is that the harder you peddle the more boost that you get from the electronic system. As mentioned above, on certain bikes, this turbo boost can get you traveling down the road at speeds as high as 45 kilometers per hour on certain models. The coolest aspect of this that most e-bikes come with adjustable settings allowing you to adjust that "turbo boost to your liking properly. Do not worry, you are not going to be flying down the street at over 100 kilometers per hour.

5. Your pedaling is going to be much easier

If you have not learned already, pedaling on an e-bike is much easier. The battery-powered assist gives you the boost you need to travel long distances and through challenging terrain. Rather than peddle up that massive hill in your town with a normal bike like you are in the Tour de France, e-bikes will make your climbs much much easier. And as mentioned above, there are some bikes out there with throttling functions that launch the motor at the simple press of a button. For those purists out there, you might not like this, but that big hill can get very annoying very quickly.

6. Riding an e-bike can be a more social activity compared to traditional biking

One of the most frustrating aspects of riding a bike with a group of friends can be how inconsistent the ride can be over the journey. You may have one friend who thinks they are Lance Armstrong and another friend who seems like they were never taught how to ride a bike. E-bikes are like the great equalizer. Due to its throttling capabilities, people of all writing styles can come together and enjoy a bike ride together without all the confusion and stopping and starting.

The Jetson Metro Folding Electric Bike is a great place to start if you want to be a casual rider. The bike easily fits under your desk at home or work and is impressively powerful for its size.

7. You will be helping your planet

As mentioned above, switching from traditional transportations to biking is a great way to help the planet. In fact, according to a study, if you simply cut back on driving by about 8,000 kilometers a year, you are reducing your carbon footprint by about 15%. Eco-friendly cities like Amsterdam are living examples of how bikes can be used to improve the quality of life of people and the environment, as the city is one of the most eco-friendly places on earth.

8. You will not be able to get enough of your e-bike

People who get their hands on an electronic bike tend to fall in love with it and cannot get enough of it. About 55% of e-bike owners in North America said that they would ride daily or weekly with a traditional bike. However, once people got their hands on a traditional e-bike, that number skyrocketed to 91%. Beyond just commuting, having an e-bike is fun and can be a great way to explore other nearby landmarks, and local treasure during the weekend. Just like owning a regular bike, electric bikes keep you active on the go, especially during the summer. The eAhora XC100 is a great option if you are looking to do a little mountain biking this summer.

9. It will keep you healthy

If you are looking to maintain a healthy lifestyle, getting an e-bike is an excellent choice. Some people write off e-biking as a lazy alternative to traditional biking, but that is not the case. In fact, a study conducted in 2016 researchers discovered that after a month, adults who took up e-biking demonstrated greater great health benefits like better overall aerobic fitness, better blood sugar control, and lower fat percentages. Even more so, e-biking has been known to alleviate the symptoms of diseases like Parkinson's and Alzheimer's in older generations. E-biking is healthy, do not let anyone tell you differently.

Simply strolling down the road each day can work wonders for your body. If you want a cheap e-bike option that has some old-world charm invest in the NAKTO 26" 250W Cargo Electric Bicycle. This is another great beginner-friendly option for people of all ages.

Do you have an e-bike? If so, how has e-biking changed your life?

Interesting Engineering is a participant of the Amazon Services LLC Associates Program and various other affiliate programs, and as such there might be affiliate links to the products in this article. By clicking the links and shopping at partner sites, you do not only get the materials you need but also are supporting our website.