You might have seen the tempting job ad from NASA for a “planetary protection officer”.  It also caught the eye of fourth grader Jack Davis who has submitted a very convincing application. Davis sent a handwritten letter to NASA describing his talents and previous experience that would make him perfect for the job. 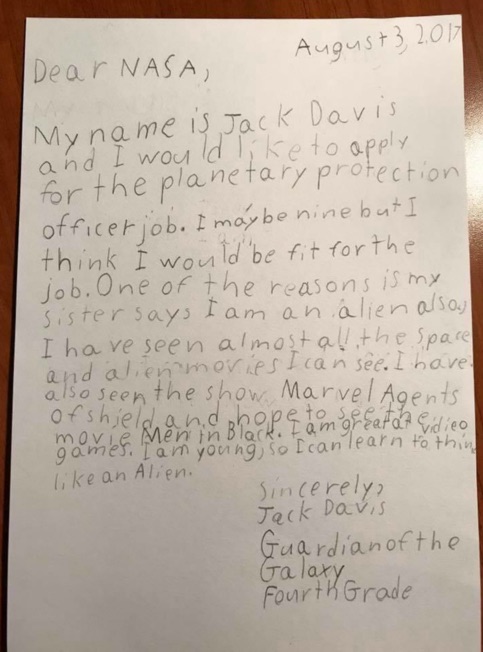 My name is Jack Davis and I would like to apply for the planetary protection officer job. I may be nine but I think I would be fit for the job. One of the reasons is my sister says I am an alien also I have seen almost all the space and alien movies I can see. I have also seen the show Marvel Agents of Shield and hope to see the movie Men in Black. I am great at video games. I am young, so I can learn to think like an Alien.

Guardian of the Galaxy

What we love about this letter is Davis’ enthusiasm to learn to think like an alien. He also has a pretty good grasp on pop culture for a fourth grader. We really hope he can see Men in Black soon too! NASA was also very impressed by the aspiring astronaut's correspondence and took the time to send a response.

James L. Green the Director of the Planetary Science Division at NASA wrote back to Jack with some words of encouragement for his future. To top even that, NASA’s Planetary Research Director, Jonathan Rall put in a call to the ‘alien’ to congratulate him on his interest in the position. 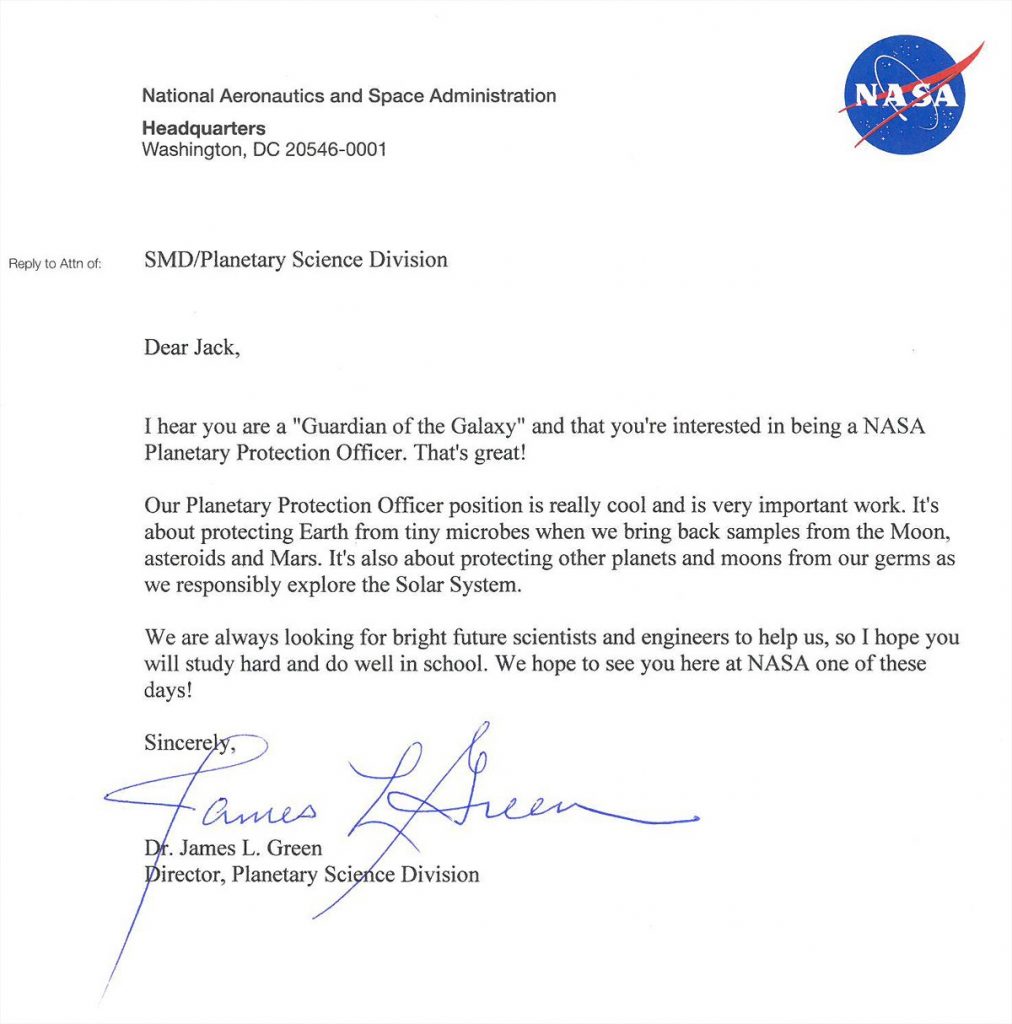 Green said he took the time to respond because the agency has a strong focus on the education of future generations. In a NASA blog post he states"At NASA, we love to teach kids about space and inspire them to be the next generation of explorers. Think of it as a gravity assist -- a boost that may positively and forever change a person's course in life, and our footprint in the universe." 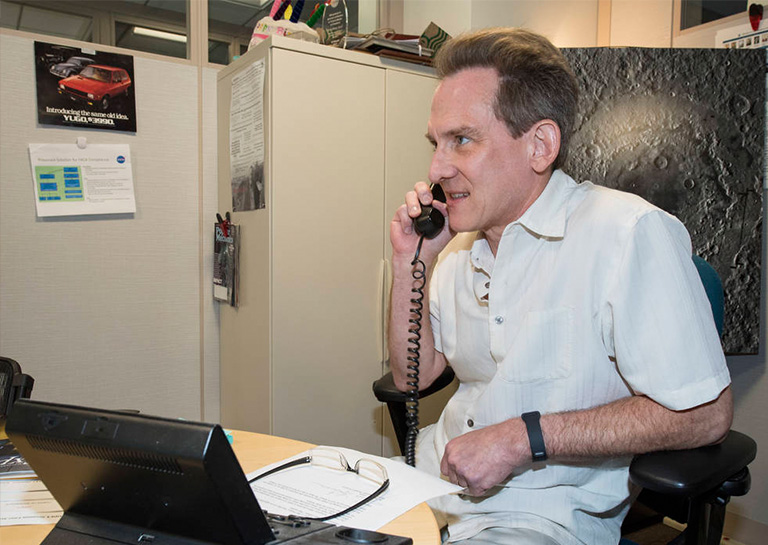 The position of Planetary Protection Officer has been in existence since the 1960's and despite its very cool title is less to do with protecting earth from alien invasion and more to do with contaminating microbes. The handsomely paid position requires you to ensure humans and their equipment are not polluting space with our earth derived germs.

Jack Davis isn't the first underqualified person to apply for a job with NASA. Check out this this guy, who applied for a job as a spaceman and suggested NASA to invest in a ‘shit load of coke’ to power future spacecreaft.

NASA replied to a guy's letter looking for a job as a 'spaceman'
(Real case) You can read it. pic.twitter.com/FLwwwJWXwZ