For anyone born in the eighties, teaching our parents and grandparents how to work new technology has become a very common occurrence. But this video of a man showing his grandfather the wonders of a Tesla is one for the books. 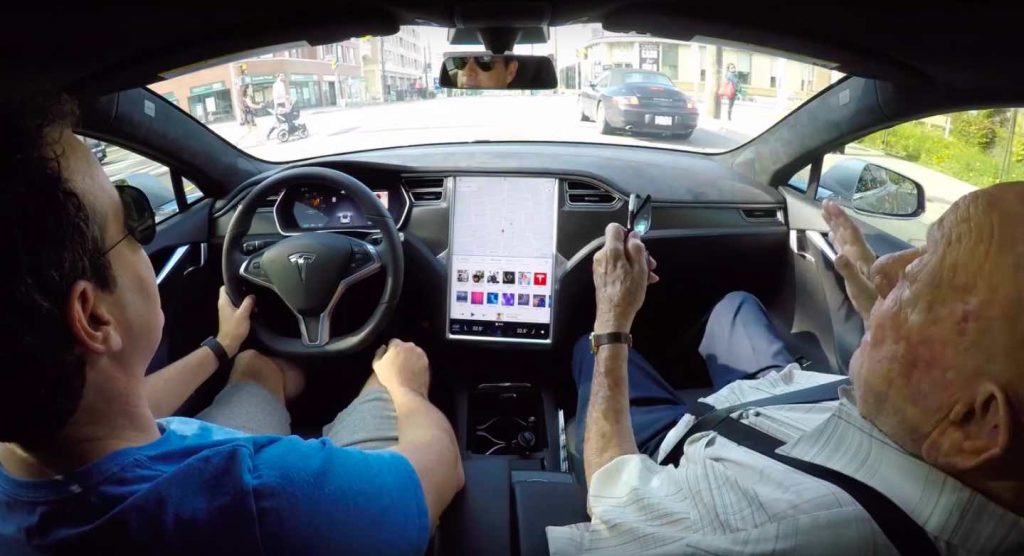 Tesla’s innovations have even the most seasoned millennial agog, a self-parking car is pretty extraordinary, even by today’s ever changing standards. But imagine being almost 100-years old and going for a cruise in a Tesla Model S.

Canadian Zac Carmi did just that when he took his 97-year-old grandfather for a ride in his Tesla Model S and filmed the whole experience for his YouTube channel. So far the clip has racked up over 925,000 views and we can see why. The elderly man has a charming perspective when it comes to the flashy vehicle and it’s refreshing to see his reactions.

“I hear you got an electric car,” says Zac’s grandfather in the introduction to the clip.

Zac then explains the workings of his Tesla Model S to a fascinated older man.

“They have things called super chargers, the whole bottom of the car is batteries,” says Zac referring to the car’s lithium ion batteries.

“How do you fill it? I mean a battery is either…you gotta refill it or you gotta recharge it,” muses his grandfather.

After a lengthy discussion about what to expect from the ride, the pair gets into the car. Zac’s grandfather is immediately fascinated by the 17-inch touch-screen installed into the front panel. 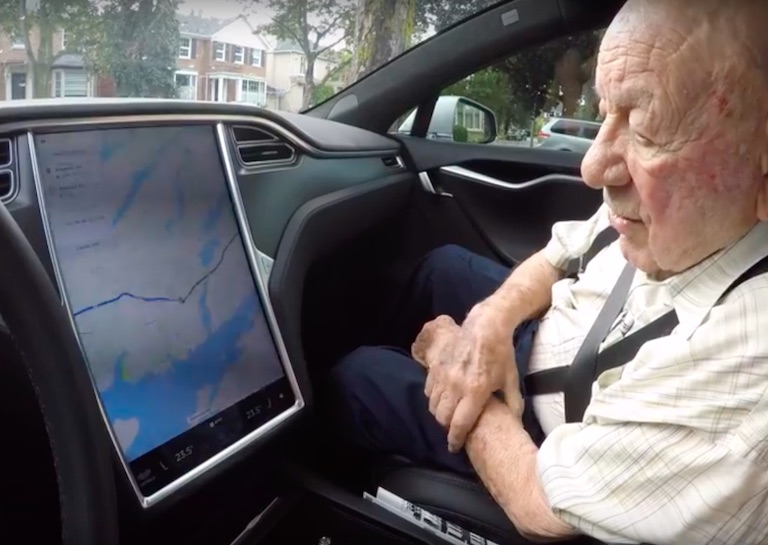 “If I want to turn on your seat warmer and I touch here and your seat will warm up,” says Zac as he taps away at the screen.

His grandfather is heard chuckling as his seat instantly heats below him.

Probably the most enjoyable part of this clip is when Zac demonstrates the car’s “instant power” taking the Tesla Model S to go from 0 – 60mph in 2.5 seconds. The motion gently pushes his grandfather back into his seat with a laugh.

“You gotta have a parachute to ride in this car,” says the almost-centenarian.

When summing up the experience, Zac states, “It was fun to give him a little glimpse of the future.

Speaking of the future, Tesla recently released its much-anticipated Model 3 in July of this year, the newest and most affordable version of its electric fleet.

The sedan will retail for US$35,000 and has a much simpler design when compared to the first two models. The Model 3 is smaller than the Model S and has only one digital display. It also lacks the smart air suspension and HEPA filtration system of its predecessor. Perhaps this Tesla will be less overwhelming for the less tech savvy generation.