3D printing is getting more creative, especially for the holiday season while using this hand.

We aren't talking about Joey Tribbiani and his hand twin, though.

Who would think a time would come when a printer can do more than you can?

Seriously, it's amazing. And now, a 3D printer just accomplished yet another impressive feat thanks to researchers from the University of Cambridge. 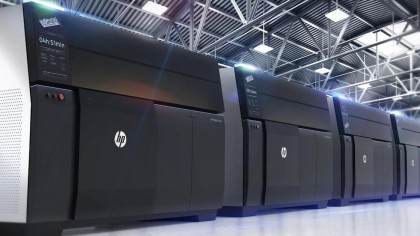 The research team created a robotic hand using a 3D printer. From there, they made sure it can move just like your wrist, optimizing any potential movements to create some wonderful music just in time for the holiday season.

And yes, if listening to holiday songs isn't getting tiring by now, this 3D hand can indeed play your favorite ones. That includes Jingle Bells, too.

To replicate the human hand, the researchers made sure to print it out of soft and rigid materials. This allows it to have nearly the same complex movements that our hands have.

Take a look at how amazing this hand actually is.

Don't feel so bad if you don't know how to play the piano and this hand can. Its features are indeed limited by the researchers who created it.

The researchers used passive movement to play different songs. This allows the 3D printed hand to move even though the fingers can't be independent of one-another.

The piano-playing movements aren't simple for humans, let alone this robotic hand that was created in a 3D printer. But the researchers wanted to see what behaviors the hand could mock.

“The basic motivation of this project is to understand embodied intelligence, that is, the intelligence in our mechanical body," lead researcher Dr. Fumiya Iida said. "Our bodies consist of smart mechanical designs such as bones, ligaments, and skins that help us behave intelligently even without active brain-led control.

"By using the state-of-the-art 3D printing technology to print human-like soft hands, we are now able to explore the importance of physical designs, in isolation from active control, which is impossible to do with human piano players as the brain cannot be ‘switched off’ like our robot."

Once the researchers actuated the wrist, they could program it to move however they wanted.

While the hand can't play any complicated show tunes, it is still quite impressive. It is a stepping stone for potential future research that could have a significant impact on humans who lose limbs.

If all goes well, the team believes that there will be new 3D printing capabilities that will lead to new designs featuring more natural movements and less energy.
Advertisement
Follow Us on

11 Examples of What 3D Printing Can Do For You

This Robotic Art Kit Will Teach Your Kids All About STEM